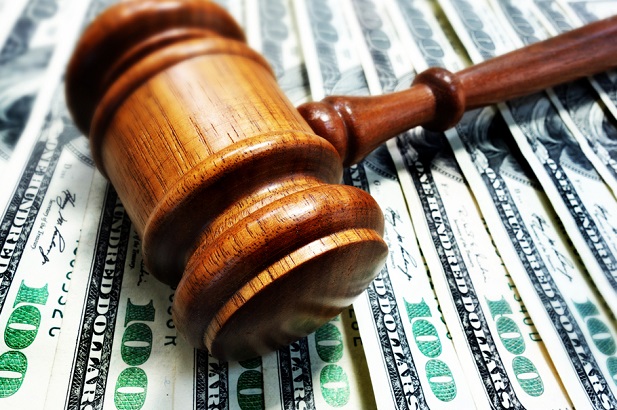 Though Aetna was not named as a fiduciary in the plan documents, the court ruled it could be considered a functional fiduciary because of its role in the plan.

The Employee Retirement Income Security Act of 1974—commonly referred to as ERISA— covers a wide range of benefit plans: retirement, health (or vision or dental) insurance, disability insurance, employee stock ownership, and flexible spending accounts. Under ERISA, those providing services to plans are subject to a range of requirements in carrying out their duties.

A recent decision of the U.S. Court of Appeals for the Fourth Circuit highlights the fiduciary responsibilities of plan administrators, but also the potential ERISA liability of those providing services as subcontractors to employee benefit plans.

ERISA imposes a suite of rules designed to protect the interests of employees and their beneficiaries in the employees’ benefit plans. To provide protection, ERISA establishes standards for those who serve as plan fiduciaries. So, to determine who is subject to ERISA’s fiduciary standards, the first task is identifying fiduciaries. ERISA fiduciaries fall into two distinct categories. “Named” fiduciaries are specifically identified as fiduciaries in the plans. “Functional,” or “inadvertent” fiduciaries, though not named, are involved in key functions of the plan. They may exercise discretionary authority or control over the plan, its administration, or its assets, or have responsibility for managing the plan’s assets.

ERISA provides a variety of ways for a plan participant to hold a fiduciary accountable for violations, and a range of remedies. First, when a participant or beneficiary has been harmed as a result of a fiduciary’s violation of its duties, the participant can bring a direct action to recover her losses, or to enforce or clarify her rights. Second, a plan participant may bring a derivative action (an action on behalf of the plan) to allow the plan to recover losses stemming from the violation of fiduciary duty. Third, ERISA has a “catchall” provision, allowing a court to grant an appropriate equitable remedy to enforce the requirements of the statute and protect the plan and its participants.

Through this variety of remedies, participants and plans can be made whole for any losses, and fiduciaries can be required to disgorge ill-gotten profits, even if the plan and participants suffered no loss. The court can also determine the parties’ rights and obligations and enjoin ongoing violations.

Background to the ‘Peters’ case

The plaintiff’s employer operated a self-funded health care plan. Under a self-funded plan, an employer pays the costs of employees’ health care, rather than paying premiums to an insurance carrier in exchange for the carrier’s payment of those costs. Self-funding employers typically hire a third-party claims administrator to process employees’ claims for health expenses, among other tasks. The claims administrator determines whether health care claims are to be paid by the employee (because the employee has not met her deductible, or because a copay or coinsurance applies) or the employer.

Here, the employer hired Aetna as the claims administrator. Under the contract, Aetna was responsible for providing a cost-effective network of health care providers. Aetna subcontracted with Optum for Optum to provide chiropractic and physical therapy services to the plan.

Under its contract with the employer, Aetna should have been responsible for paying Optum’s subcontractor fees. Rather than paying those fees, Aetna suggested that Optum “bury” its subcontractor fees within the fees Optum’s chiropractic and physical therapy providers charged. This involved Optum using a “dummy” code for the chiropractic and physical therapy services, which would disguise the Optum subcontractor fee as though it were a part of the provider’s health care service. Ultimately, these fees would then be borne by the employee or employer, rather than by Aetna.

Upon discovering this issue, and claiming she had been overcharged for her chiropractor and physical therapist visits, the plaintiff sued Aetna and Optum under ERISA. When a federal trial court dismissed her claims on summary judgment, the plaintiff appealed to the Fourth Circuit.

The Fourth Circuit ruled that a number of the plaintiff’s claims could proceed to trial. The plaintiff and her family members did not suffer any financial losses as a result of Aetna and Optum’s alleged misconduct. Because of her coinsurance and deductible structure, the plaintiff did not pay any more for health care in the plan year, even though she may have been overcharged on certain occasions. Accordingly, she could not personally recover from Aetna and Optum. But the Fourth Circuit ruled that her claims on behalf of the plan could proceed.

Two aspects of the Fourth Circuit’s ruling are especially noteworthy. First, the parties disagreed over whether Aetna and Optum could be liable under ERISA, either as fiduciaries or parties in interest. Second, the court considered whether the evidence could support a jury verdict holding Aetna and Optum liable for their conduct.

On the first issue, the court determined that Aetna could be held liable as a fiduciary. It was not named as a fiduciary in the plan documents, but could be considered a functional fiduciary because of its role in the plan. When submitting claims for payment, and thereby determining how Optum’s administrative costs would be paid, Aetna was performing fiduciary responsibilities.

Optum was not acting as a fiduciary, named or functional. But it could be liable as a party in interest because it provided services to the plan: making its network of providers available to participants.

On the second issue, there was enough evidence from which a jury could hold Aetna and Optum liable under ERISA. By billing the plan for its subcontractor fees as part of a bundle with health care providers’ fees, Aetna arguably diverted costs to the plan that Aetna itself should have paid. And, by mislabeling these fees and using a “dummy” code for them, Aetna arguably misrepresented its actions to the plan and its participants. If proved at trial, these actions would constitute breaches of Aetna’s fiduciary duties.

Optum could be held liable as well. As an interested party, it had a duty to avoid knowing participation in transactions that violated ERISA. Optum argued that it was not privy to the actual terms of the plan, so it did not know that the transactions were wrongful. The court pointed to evidence, however, that Optum participated in devising the dummy-code scheme, understood Aetna’s reason for that scheme, and had reason to question the scheme’s legitimacy. Based on this evidence, a jury could determine that Optum knowingly participated in prohibited transactions.

Takeaways from the ‘Peters’ decision

Various players in the employee benefits field should take note of the Fourth Circuit’s decision. First, the decision warns those serving as functional fiduciaries (including administrators of self-funded plans) that they can be liable as ERISA fiduciaries for their actions and omissions. Second, it warns those involved in benefit plans as subcontractors that they can be liable as interested parties even if they are not fiduciaries. Accordingly, subcontractors need to pay close attention to the transactions in which they are involved under the plan. Third, the Peters decision highlights the need for employers to carefully oversee their plans.

Michael W. Mitchell is an attorney with Smith Anderson in Raleigh, North Carolina. He is co-chair of the firm’s Business Litigation team, as well as the Intellectual Property Litigation practice. Edward Roche is an attorney at the firm, focusing his practice on general business litigation.

MARQUETTE — There’s never a bad time to think about your mental health: Where it stands, how you can improve it, and where to go for help if you need … END_OF_DOCUMENT_TOKEN_TO_BE_REPLACED