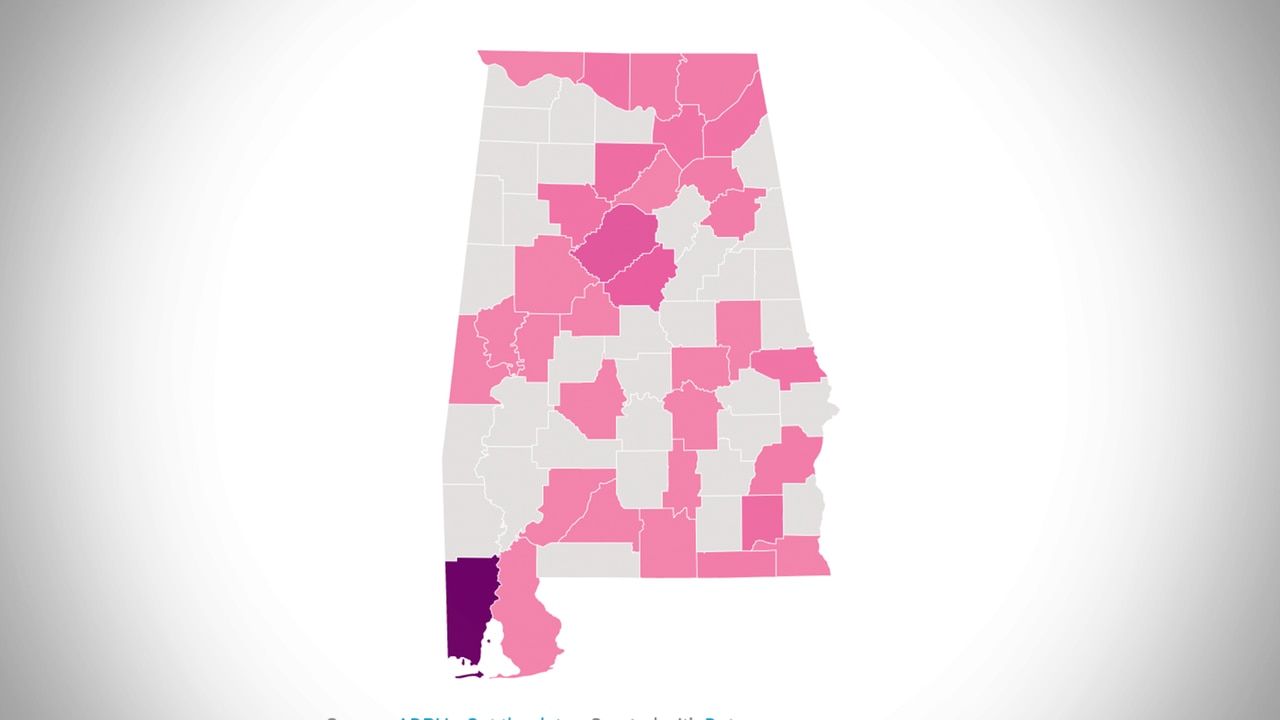 The Alabama Department of Public Health reported 88 new COVID-19 deaths in the first seven days of August, and more than a quarter of them were in Mobile County.

The state reported double-digit deaths in four consecutive days leading up to Aug. 7. There was no update of coronavirus numbers on Sunday. The 7-day average for new reported deaths in the state was 12.6 per day as of Saturday, the highest it’s been since late May. Though death numbers are still substantially lower today than they were during the winter surge.

The new bump in deaths comes as the state is in the middle of its steepest coronavirus surge yet, with cases and hospitalizations still climbing.

New reported deaths tend to follow behind cases and hospitalizations by a number of weeks, so it’s not surprising for the state to see an increase. The 7-day average for new virus cases is currently more than 3,000, and there are nearly 2,000 people being treated in state hospitals for the virus.

“Deaths are a lagging indicator,” Scott Harris, Alabama’s state health officer, said in a press conference Friday. He said you expect to see cases go up, then a few weeks later hospitalizations rise, and finally deaths a few weeks after that. But he was hopeful that the state might not see the same levels of deaths as earlier in the pandemic, because so many people – especially older people – are now vaccinated.

Mobile County, on Alabama’s coast, has been the hardest hit county in terms of new cases in the current spike. It’s averaging more new cases per day than at any point in the pandemic, and hospitals there have been filling up with COVID patients. It’s one of several counties along the I-10 corridor that has experience high case rates recently, and now Mobile is seeing deaths tick up.

Mobile is the only county to report more than 10 deaths so far in August. Its death count over the last week – 24 – is more than three times higher than the next closest county – Jefferson County, which has more than 200,000 more people than Mobile and saw only seven deaths in the last week.

Do you have an idea for a data story about Alabama? Email Ramsey Archibald at rarchibald@al.com, and follow him on Twitter @RamseyArchibald. Read more Alabama data stories here.

MARQUETTE — There’s never a bad time to think about your mental health: Where it stands, how you can improve it, and where to go for help if you need … END_OF_DOCUMENT_TOKEN_TO_BE_REPLACED