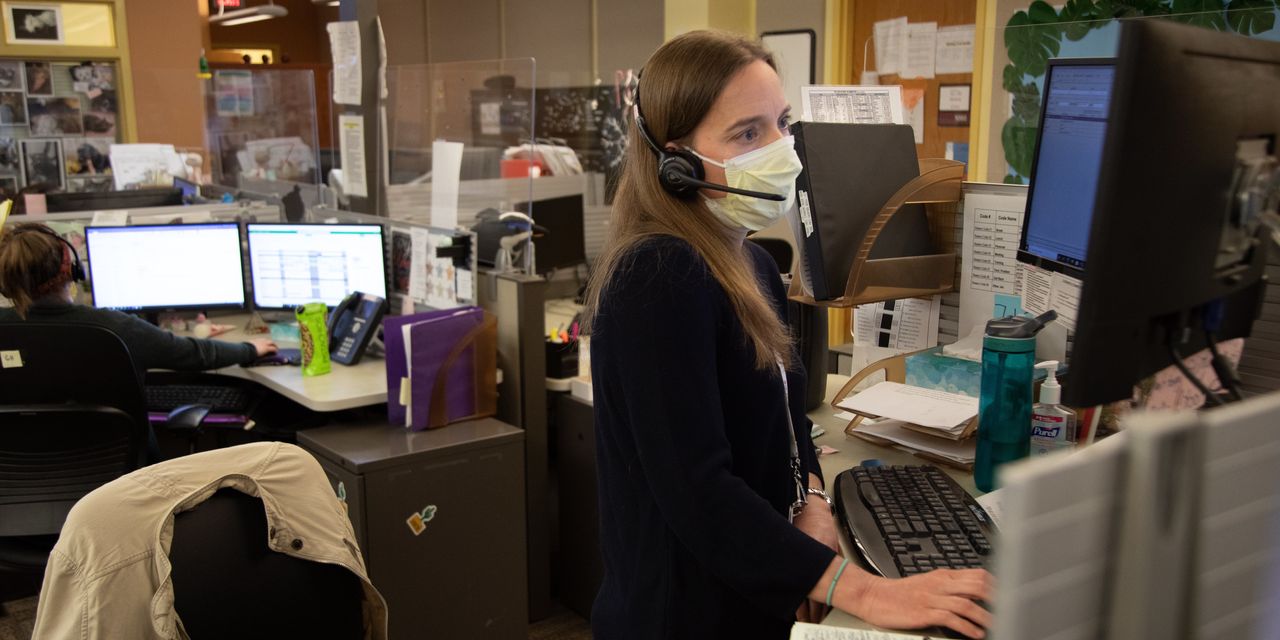 PITTSBURGH—Before the coronavirus pandemic took hold, psychiatrist Garrett Sparks usually treated about a dozen patients on his overnight shift in the emergency department at Western Psychiatric Hospital, this city’s biggest mental-health hospital. On a recent Thursday evening, he saw 21 cases.

As the night began, an agitated man sitting on a couch in a space reserved for acute cases loudly demanded turkey sandwiches. Parents of a 7-year-old who had been kicked out of school for emotional outbursts came in, saying their child’s behavior was spiraling and he was becoming more aggressive. A few hours later, police brought in a 17-year-old boy who had tried to commit suicide by jumping from a bridge.

“It seems like everyone has been holding their breath for a year, and now, it’s just a total explosion of everything, both in terms of high volume but also the severity of cases,” Dr. Sparks said. “You see a lot more people who were, pre-pandemic, kind of overwhelmed and stressed, and now they have full-on anxiety disorders or depression.”

In the coronavirus pandemic, a wave of mental-health crises has grown into a tsunami, flooding an already taxed system of care. As the country appears to be emerging from the worst of the Covid-19 crisis, emergency departments say they are overwhelmed by patients who deferred or couldn’t access outpatient treatment, or whose symptoms intensified or went undiagnosed during the lockdowns.

Doctors say it could be years before we see the full impact of the pandemic on mental health, but a host of studies indicate how strained the system has become. Emergency visits for patients seeking help for overdoses and suicide attempts rose 36% and 26%, respectively, between mid-March and mid-October of last year, the U.S. Government Accountability Office said in March. And U.S. Centers for Disease Control and Prevention surveys have found that 38% of respondents reported symptoms of anxiety or depression between April of last year and February, up from about 11% in 2019.

MARQUETTE — There’s never a bad time to think about your mental health: Where it stands, how you can improve it, and where to go for help if you need … END_OF_DOCUMENT_TOKEN_TO_BE_REPLACED