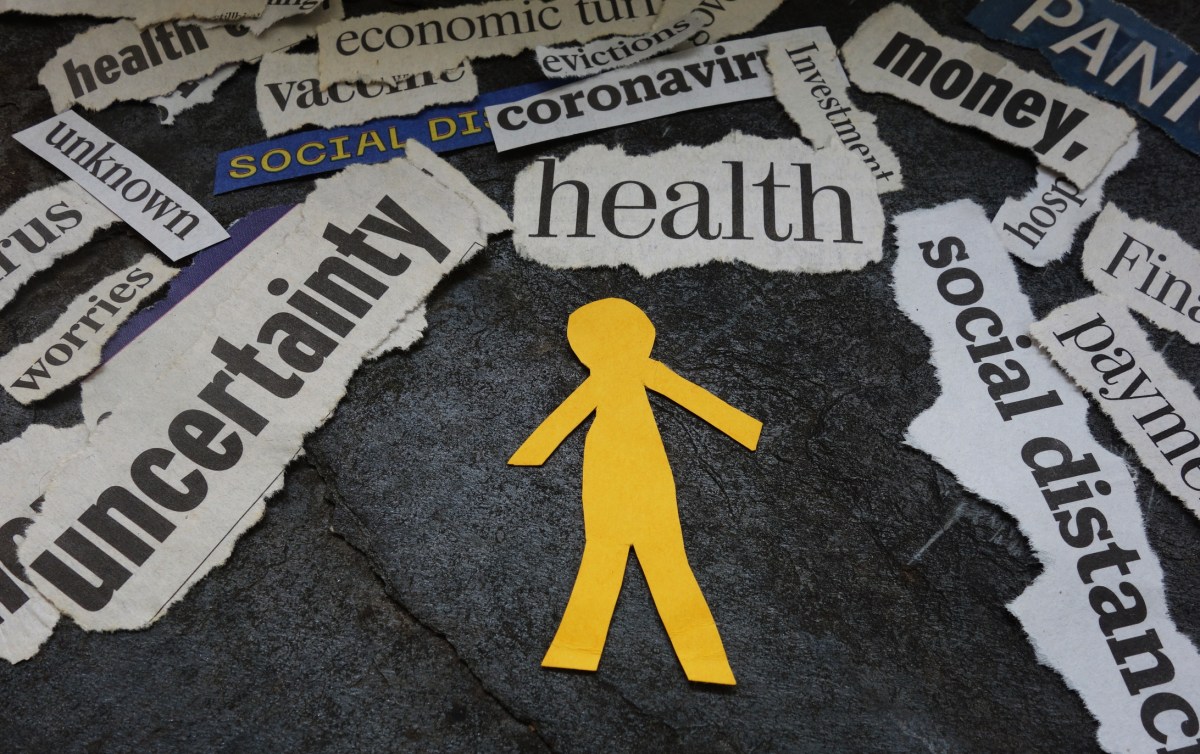 The COVID-19 pandemic has dramatically increased strain on people’s mental health, and that has translated into increased demand for care.

According to a law that’s been on the books since 2009, if a health insurance company provides coverage for mental or behavioral health, those benefits are supposed to be at parity with benefits for physical health. But many mental health care providers, patients and the federal government say we aren’t quite there.

Emily Pounds is one of many people who have had difficulty connecting with a therapist. (Courtesy Emily Pounds)

Emily Pounds, a 21-year-old student and part-time nanny in St. Paul, Minnesota, said she’s struggled to find a therapist who connected well with her, and the process was much more challenging than looking for a doctor for a physical ailment.

“You can’t just show up and, you know, get a cast on your arm,” Pounds said.  “You have to find care that works for your life and your needs.”

After a bad experience with a therapist when she was younger, Pounds said, she took a few years off. Then, in her last year of high school, she decided to go back into therapy.

“I found a person that I really liked and who I felt I could work with,” she said, “and immediately was devastated because my parents told me they don’t take insurance.”

Pounds’ family ended up paying out of pocket for the treatment, which isn’t an option for everyone. It’s often not clear whether a struggle to get mental health care that’s covered by insurance is a violation of parity laws.

“It’s very difficult for a consumer to identify whether or not they have these additional obstacles or hurdles when they’re accessing mental health or addiction care in a way that they don’t, you know, if they have a sprained ankle or broken leg,” said Ali Khawar, acting assistant secretary for employee benefits security at the Department of Labor, one of the agencies that enforce parity laws.

Since the start of this administration, @USDOL has prioritized strengthening our enforcement of mental health and substance use parity provisions. This is a step toward ensuring our workplaces support workers’ mental health & recovery. Learn more: https://t.co/lavhw63t8H

In December, Congress gave the agency new tools to help with that enforcement, some of which kicked in this year.

“The first is making sure that provider networks are adequate,” Khawar said. “So when [patients] are looking for a mental health provider … they’re able to find that person. And if their network is insufficient, that they’re able to go out of network as well.”

But that’s easier said than done, according to Kate Berry, senior vice president for innovation at the trade group America’s Health Insurance Plans, or AHIP.

“Some of the challenges in the behavioral health arena relate to long-standing shortages of providers,” she said. “So that can create some access issues that are unrelated to what the requirements of the law entail.”

And within that limited pool of providers, many just don’t want to deal with insurance companies, said Juliette McClendon, a clinical psychologist for Big Health, a company that provides app-based mental health care.

“There are a lot of mental health professionals out there, psychiatrists, psychologists, who don’t take insurance because the process is so difficult to get insurance coverage for their services,” she said.

Even if an insurance company does provide coverage, McClendon said it may not be comprehensive enough for many patients’ needs, with limits on the number of sessions or therapist options.

Other providers complain that the reimbursement rates from insurance companies aren’t worth the hurdles involved in joining a network and doing all the paperwork.

“I don’t like going through all the bureaucracy,” said Karen Banks, a St. Louis-based counselor and owner of Trinity Wellness. “And [as for] the financial piece, the disparities in how they pay providers is so unethical.”

Plus, with the influx of business during the pandemic, Banks said, she doesn’t need access to a network to find enough patients.

Berry, at the AHIP industry group, has heard these types of complaints before.

“The reality is that parity isn’t about pay,” Berry said. When it comes to the law, she said, “it’s really about having no greater access barriers.” And she said the industry is doing that, along with efforts to better educate consumers about their options and expand provider networks.

In the meantime, the Department of Labor says it will preemptively audit employers’ plans to ensure compliance and make sure there are no unnecessary hurdles between patients and mental health care.

MARQUETTE — There’s never a bad time to think about your mental health: Where it stands, how you can improve it, and where to go for help if you need … END_OF_DOCUMENT_TOKEN_TO_BE_REPLACED