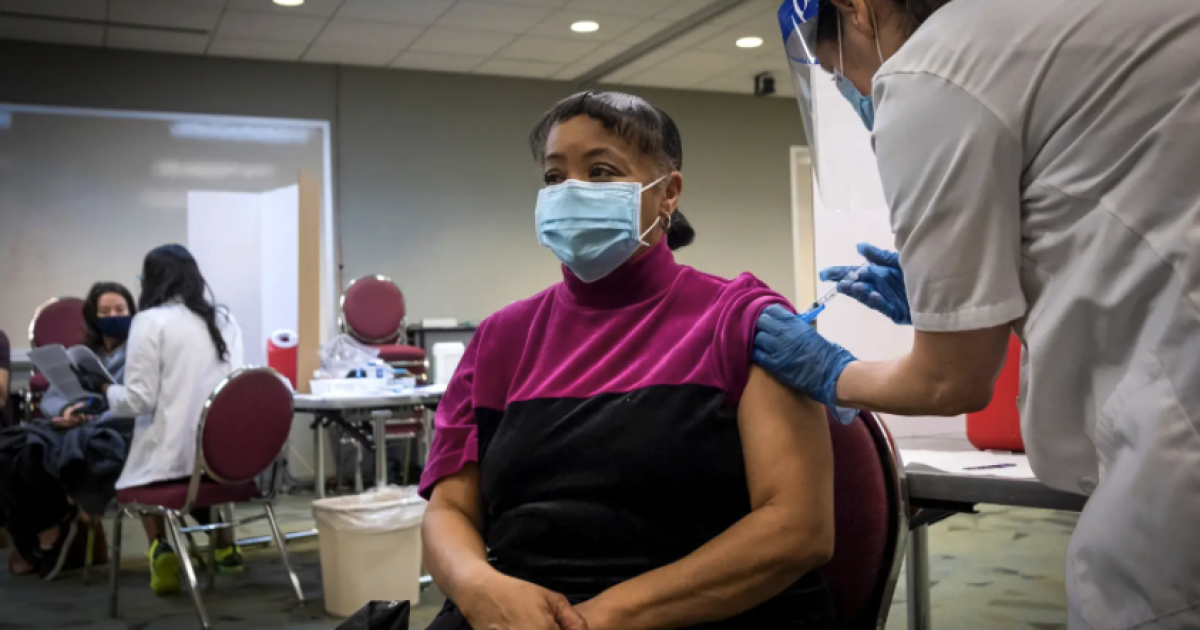 When the state’s Office of Minority Health Statistics and Engagement was defunded in 2017, no one could have predicted a massive pandemic would emerge three years later — one that disproportionately affected Black, Hispanic and disabled Texans, among other marginalized people.

But that agency — created to track health disparities in Texas, often along racial lines — had existed for less than a decade before it was stripped of funding by lawmakers during the budget process, state Rep. Donna Howard, an Austin Democrat, told KUT in January.

That’s why state Rep. Garnet Coleman, D-Houston, tried to create a new office this year. House Bill 4139 is Coleman’s proposal for the Office of Health Equity, which would report to the Texas Health and Human Services Commission. Employees would centralize information about health disparities, handle funding and grants, and work with existing local and federal offices to promote access to care.

But with just a few days remaining in the legislative session, the bill will not move forward after authors say it was targeted by Republicans who pulled it into unrelated debates.

As the pandemic wore on, disparities showed up in COVID-19 testing rates, case numbers, hospitalizations, deaths and vaccine distribution. For months, Black and Hispanic Texans died from the virus at higher rates while being vaccinated at lower rates than white residents.

Yet Texas has collected and reported demographic data for only 3% of its more than 2.5 million COVID-19 cases. Coleman said the office that was defunded in 2017 would have made collecting comprehensive coronavirus data a state priority and could have helped health authorities respond to problems like inequities in testing much sooner.

After COVID-19 exposed many of these disparities, he said the new office is needed to address them even as the pandemic appears to be winding down.

“We’ll get the data ultimately, but what does that do for the future? Nothing,” Coleman said in March. “The way to make the future better for people who are at risk for these illnesses is to use surveillance to go in and try to eliminate illness or intervene so people live longer.”

Going into the 2021 legislative session, many assumed the state’s pandemic response would be a key part of both parties’ agendas. House lawmakers introduced an extensive health care package, including HB 4139, that garnered bipartisan support. House Speaker Dade Phelan, R-Beaumont, made the group of bills a priority as part of a push to expand access to care and improve health outcomes and affordability.

HB 4139 passed in the House 77-51, mostly along party lines. State Sen. Judith Zaffirini, D-Laredo, sponsored the bill in the Senate, but Coleman said it didn’t move forward before the Wednesday deadline for the Senate to consider bills or joint resolutions.

In April, conservative lobbying group Texas Values Action opposed Coleman’s proposal, claiming it would fund health equity efforts for a “new and undefined gender category” and that the agency’s purpose could be used as cover to require gender-affirming surgeries and treatments.

The bill referred to “gender” as one of many categories the office would study, along with ethnicity, age and region, and it does not reference transgender individuals or related medical procedures.

Coleman said that while lawmakers could address the wording in the House — where he added an amendment to change the word “gender” to “women’s health” throughout the proposal — the bill couldn’t get past the Senate’s critical race theory conversations.

The day after the amendment passed, state Rep. Jeff Cason, R-Bedford, spoke out against the bill during its final House debate before it moved to the Senate, saying he opposed it over a “worldview” that his constituents didn’t share. He cited critical race theory, an academic discipline that examines how racism has shaped legal and social systems — which has become a Republican rallying cry against increased national conversations about diversity and inclusion and unpacking implicit bias.

“Today, we gather here voting on legislation that assumes our health care system is institutionally racist, and that certain people are oppressed when receiving health care due to their gender or color of their skin,” Cason told his House colleagues. “No one in America is turned away from a hospital. Health care has been open to all who seek it.”

Coleman was absent during Cason’s comments, but he said his bill was written to promote looking for outliers in health outcomes, which could include anybody.

“It almost has nothing to do with race in itself, in that it has more to do, probably, with region,” Coleman said in May, referring to one of the proposed office’s tasks of studying health outcomes in rural and underserved parts of the state.

State Rep. Jarvis Johnson, a Houston Democrat and an author of HB 4139, said he supported the effort to further expose longstanding health disparities in Texas. He said Republicans were making excuses to try to kill it.

Several community health organizations in Texas signed on to support the bill, saying better data collection could have helped their groups develop programming by providing information about regional and cultural trends that individual doctors are unable to collect.

Dennis Borel, executive director of the Coalition of Texans with Disabilities, said he contacted more than 40 lawmakers’ offices to garner support for HB 4139. He said the bill seemed to fall victim to “bad politics” once it was presented as promoting health access for transgender Texans, who have been targeted in multiple House and Senate bills this session.

“We’re only going to get to sustainable public health if we keep people who are in the system as healthy as possible,” Borel said. “It’s not rocket science. I’m upset this bill did not pass. It was really, really good policy.”

Felicia Latson is the director of programs for social determinants of health at Legacy Community Health, a Houston health center that emphasizes referring patients to community support services after medical appointments at their clinics. She said it’s disheartening that the bill died.

“If anything showed us the level of disparity, it was COVID,” Latson said. “I don’t know what else needs to happen to show that this was such a need.”

The Texas Tribune provided this story.

MARQUETTE — There’s never a bad time to think about your mental health: Where it stands, how you can improve it, and where to go for help if you need … END_OF_DOCUMENT_TOKEN_TO_BE_REPLACED