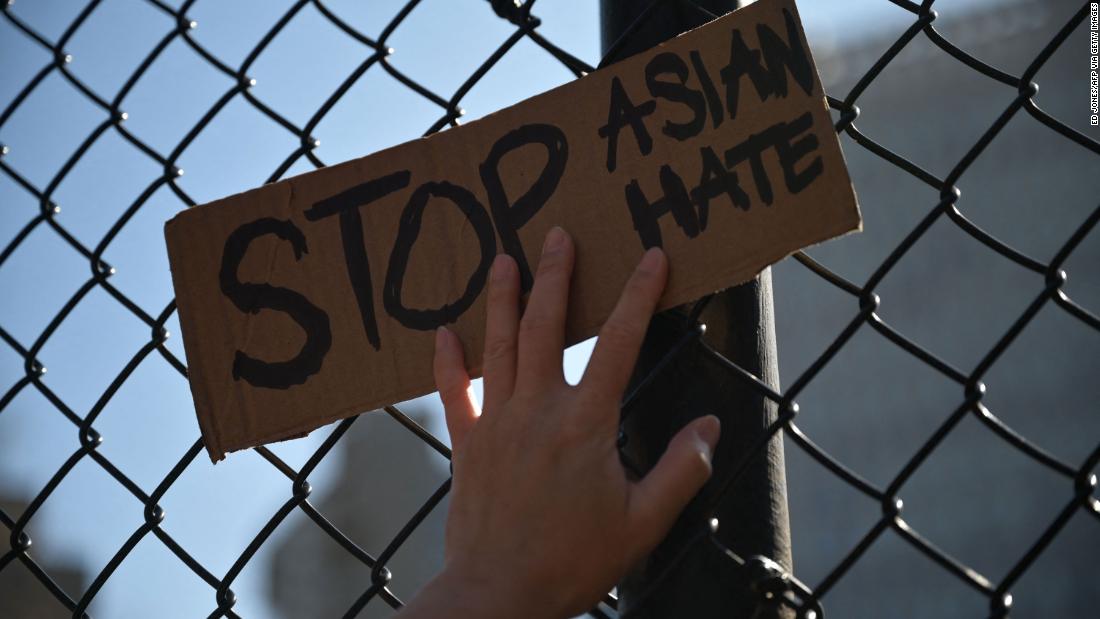 “We know that no matter what the report says our community will continue being targeted by those who see us as foreign,” Jo-Ann Yoo, executive director for the Asian American Federation, told CNN.

Nearly two dozen national Asian American and Pacific Islander organizations sent a letter to President Biden, urging him to redouble efforts to protect the community in anticipation of the report’s release.

In their letter, the groups said the relationship between the US and China has historically influenced the treatment of people of Asian and Pacific Islander descent and they noted how the rhetoric about China’s role in the origin of the Covid-19 virus has inspired hate, racism and violence.

While the “dangerous rhetoric” and anti-Asian remarks from US officials have diminished since Biden took office and the President has showed his support to the AAPI community, the groups said the harsh language against China can still bring hate toward Asian Americans.

“It is critical that the Biden Administration understands that language matters. They need to use precise language in public statements about the investigation and the pandemic more broadly,” said Manjusha Kulkarni, co-founder of Stop AAPI Hate and executive director of Asian Pacific Policy and Planning Council.

When US officials speak about the Chinese government, Kulkarni said they should highlight that Asian Americans and Pacific Islanders are not at fault for the Covid-19 pandemic.

A Pew Research survey earlier this year showed that 20% of Asian respondents who said anti-Asian violence was increasing noted that the reason of the surge was former president Donald Trump’s rhetoric about China as the source of the pandemic and phrases like “China flu.”

In May, Biden signed the Covid-19 Hate Crimes Act into law as an effort to counter the rise in anti-Asian hate crimes and expedite the review of potential Covid-19-related hate crimes and incidents reported at the federal, state or local level.

Sen. Hirono said the report will likely “inflame” the anti-Asian rhetoric in the US.

“The administration must make every effort not to fuel this hate, starting with clear and specific language and continuing its condemnation of violence against the AAPI community,” Hirono said in a statement.

Earlier this month, the President met with Asian and Pacific Islander leaders in the White House to discuss a wide range of issues, including the importance of combating the rise in anti-Asian hate crimes, economic opportunity, voting rights and immigration reform. Following that meeting, some AAPI leaders said they appreciated the Biden administration’s willingness to engage with the community.

Biden’s launch of the investigation in May came after a US intelligence report found several researchers at China’s Wuhan Institute of Virology became ill with an unidentified infection or disease in November 2019 and had to be hospitalized.

White House officials have said that getting to the bottom of the origin of the pandemic will help prevent another one.

Earlier this month, CNN reported that intelligence officials were still divided over two theories — one suggesting the virus originated from a lab in Wuhan, China, and the other suggesting it jumped naturally to humans from animals.

‘Please don’t think this is all over’

Authorities in New York City and other US cities continue responding to incidents targeting Asian Americans.

On Sunday, a 52-year-old Asian woman in New York was punched in the head near First Avenue and East 18th Street while walking with her 11-year-old son, NYPD Detective Hubert Reyes told CNN.

The suspect hit the woman and told her “get the f**k out of here, go back to your country,” a police source told CNN, citing a preliminary investigation into the incident.

The woman was treated by paramedics and no arrests were made as of Monday, Reyes said.

A recent report by Stop AAPI Hate indicates that more than 9,000 reports of bias have been made since the beginning of the Covid-19 pandemic. The coalition said 4,533 of those incidents took place in the first six months of this year.

The organization has previously said it doesn’t independently verify any of the reports it receives, but that its total number of incidents only includes those reports that came with a description.

The majority of the incidents — about 63.7% — were cases of verbal harassment, while shunning or avoidance made up about 16.5%. About 13.7% of the incidents involved physical assaults, according to Stop AAPI Hate.

Yoo, the executive director for the Asian American Federation, said there’s a lot of fear in the Asian American community. Elder people are terrified to leave their homes, parents are worried for their children going to in-person classes and workers are vigilant during their commutes, she said.

“Nothing has changed for us, we are scared. Please don’t think this is all over because we are living through this nightmare all the time,” Yoo said.

MARQUETTE — There’s never a bad time to think about your mental health: Where it stands, how you can improve it, and where to go for help if you need … END_OF_DOCUMENT_TOKEN_TO_BE_REPLACED