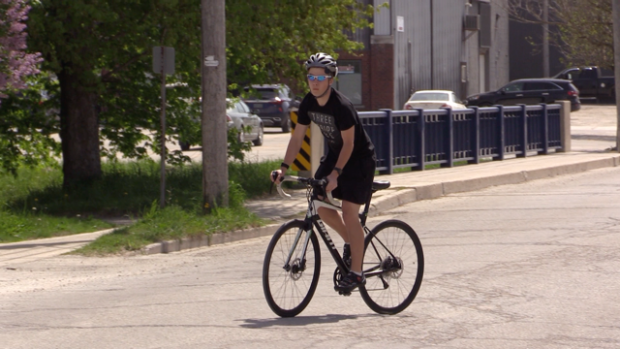 WINGHAM, ONT. —
Colin Williams is taking on a mighty challenge this summer, cycling from Atwood to Collingwood in one day.

“When we were in lockdown over Christmas I was thinking a lot about an interesting way to stay active. I thought this would be kind of a cool way to test my fitness, as well as help some people,” says Williams.

The 18-year-old from Atwood will embark on his 150-kilometre “Biking for Health” challenge on June 27.

“I’ve been in contact with a coach in London, Chris Helwig, so I’ve been biking four to five days a week, roughly 300 to 350 kilometres a week,” he says.

If all goes well Williams expects to complete his 150 kilometre trek in five hours.

He’s raised over $10,000 so far for the Children’s Health Foundation, based in London.

Williams, who is a Grade 12 student at Listowel District Secondary School, chose the 150 km route because it’s similar in length and terrain to a leg of the Tour de France. A race he hopes to ride in someday as a professional cyclist.

“It’s a hard route to go down. Most post-secondary schools have soccer, football, and what not, but there are cycling clubs and you have to work hard and go in different races and hope you get found,” says the exuberant teenager.

To donate to Colin’s “Biking for Health” journey, follow this link.

MARQUETTE — There’s never a bad time to think about your mental health: Where it stands, how you can improve it, and where to go for help if you need … END_OF_DOCUMENT_TOKEN_TO_BE_REPLACED