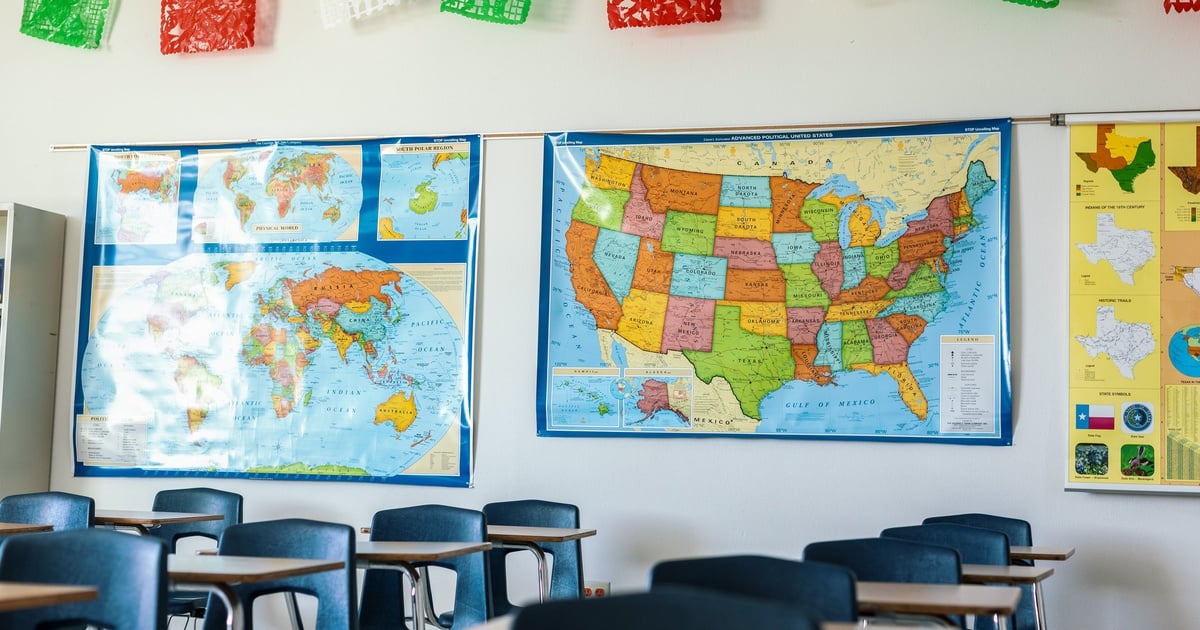 Sign up for The Brief, our daily newsletter that keeps readers up to speed on the most essential Texas news.

At least 45 small school districts across Texas have been forced to temporarily stop offering in-person classes as a result of COVID-19 cases in the first few weeks of the new school year, according to the Texas Education Agency.

The shutdowns, which affected about 42,000 students as of Thursday, come as cases caused by the highly contagious delta variant have plagued administrators who hoped for a normal return to the school year.

Caseloads have left districts scrambling when many have said they have fewer tools at their disposal to combat the spread of the virus and have had to come up with their own strategies that can differ from district to district. Administrators are tasked with protecting students’ and staff members’ health, providing a quality education and staying open enough days to avoid tacking on extra days at the end of the school year.

“By far this is worse in terms of planning than last year,” said Tim Savoy, spokesperson for Hays Consolidated Independent School District, which closed some classrooms. “There’s no question about it. Last year we had a lot of tools at our disposal: We could require masks, and we could provide a virtual option that was funded. … [Then], the delta variant really kind of appeared and just exploded on us.”

State data about the number of coronavirus cases in districts that have closed at least once during the school year thus far is incomplete — 19 have not reported any cases in students or staff to the state, while case totals in 22 districts have been suppressed by the state due to privacy policies. The list of public school closures in Texas is also incomplete, according to TEA. The agency is tracking closures informally based on media and district reports since districts are not required to report closures to TEA, said Frank Ward, an agency spokesperson.

From Aug. 23-29, there were 27,353 new positive COVID-19 cases among students in Texas public schools, according to the Texas Department of State Health Services, making it the biggest one-week increase in the entire pandemic. The state reports 51,904 cases among students and 13,026 among staff since the school year began. That’s about 1% of the 5.3 million students enrolled in the state as of January.

Children’s hospitals, which have been inundated with COVID-19 patients at levels never seen before during the pandemic, have also seen an uptick in patients as the school year is underway, said Dr. Corwin Warmink, medical director of emergency services for Cook Children’s Health Care System in Fort Worth.

“Every year when school starts, we expect a bump in volume [in our emergency room] — we planned for it, we scheduled for it,” Warmink said at a news conference Wednesday. “In the regular year we’ll see about 300 kids a day during this time. On Monday, we saw 601, an all-time record. … At 600, we’re physically unable to care for kids in a timely fashion.”

Districts handle closures as a result of COVID-19 differently: Smaller ones tend to temporarily close all campuses, and larger ones close classrooms, grade levels and individual schools.

“Each week that the kids have been back, we’ve just seen those numbers increase dramatically, and that has been very stressful and very concerning to me,” said Phil Edwards, superintendent of Angleton ISD, which has almost 7,000 students.

On Tuesday, Angleton announced it would close its campuses through next Tuesday, while still allowing extracurricular activities to proceed, and it is not requiring students to work remotely. Angleton ISD reported that as of Thursday, the district has more than 200 positive COVID-19 cases among students, employees and staff thus far this school year.

There are a number of factors at play that led to the district closing, Edwards said, such as staffing levels and the number of students who have quarantined due to COVID-19 exposure.

In Hays Consolidated ISD, 10% of the students in a group such as a class, grade level or school testing positive within one week triggers remote conferencing, a state-sanctioned form of temporary remote learning, for up to 10 days, Savoy said. Recently, five classrooms within the district closed down.

Under remote conferencing, schools are still able to count attendance, which the state uses to determine district funding. But the program isn’t the same as a full-time virtual option, Savoy said. Senate Bill 15, which is headed to Gov. Greg Abbott’s desk, would fund virtual learning until September 2023 and give school districts the option to set up their own virtual programs. However, the legislation comes with a slew of caveats which could exclude many students of color.

Another tool districts relied on last year — the ability to require students to wear masks — is caught in back-and-forth legal battles after Abbott issued an order banning mask mandates in schools.

“Last school year, people had accepted that we were in a pandemic situation, and it was stressful, but everybody had the patience and understanding of the seriousness of it,” Savoy said. “This year, because we were coming out of the pandemic and then it suddenly came back on us, people are tired and they’re frustrated, and rightfully so, they’re exhausted. And so people are more upset this year about the provisions that we are or are not implementing.”

Despite receiving a recommendation from its local health authority to close all of its campuses, Leander ISD decided to stick with a group-centered approach in how it handles COVID-19 clusters. As of Friday, the district had more than 900 COVID-19 cases among students and staff and has moved about 20 elementary school classes and sixth graders at three schools to remote conferencing, said Corey Ryan, a district spokesperson. Ryan said that at the moment, it seems like the best option, as some schools in the district have seen very few or no cases, many students rely on services and protection at school that they can’t access at home, and the district has staffing shortages.

“It’s honestly a really tough balancing act for schools to do,” Ryan said about deciding whether or not to shut down an entire district.

Teachers dying due to complications from COVID-19 is also a sobering reality for some districts. In Connally ISD, two teachers died in late August from COVID-19 within less than a week of each other. The deaths and an upswing in COVID-19 cases on campuses prompted the district to shut down all its campuses, said Jill Bottelberghe, the district’s assistant superintendent of human resources.

“We are seeing people who have just one symptom and who are coming up positive, and it can be as simple as a runny nose, and then we have even had some who have been asymptomatic, and they come up positive but yet they have the ability to spread it to people who it may very much impact,” Bottelberghe said.

The district is planning to resume classes Tuesday. Bottelberghe said the district is consulting with the local district attorney to see what the repercussions would be if it were to require masks and go against Abbott’s order.

“Every day it seems like there’s something new and a new challenge to overcome,” Bottelberghe said.

Join us Sept. 20-25 at the 2021 Texas Tribune Festival. Tickets are on sale now for this multi-day celebration of big, bold ideas about politics, public policy and the day’s news, curated by The Texas Tribune’s award-winning journalists. Learn more.

MARQUETTE — There’s never a bad time to think about your mental health: Where it stands, how you can improve it, and where to go for help if you need … END_OF_DOCUMENT_TOKEN_TO_BE_REPLACED