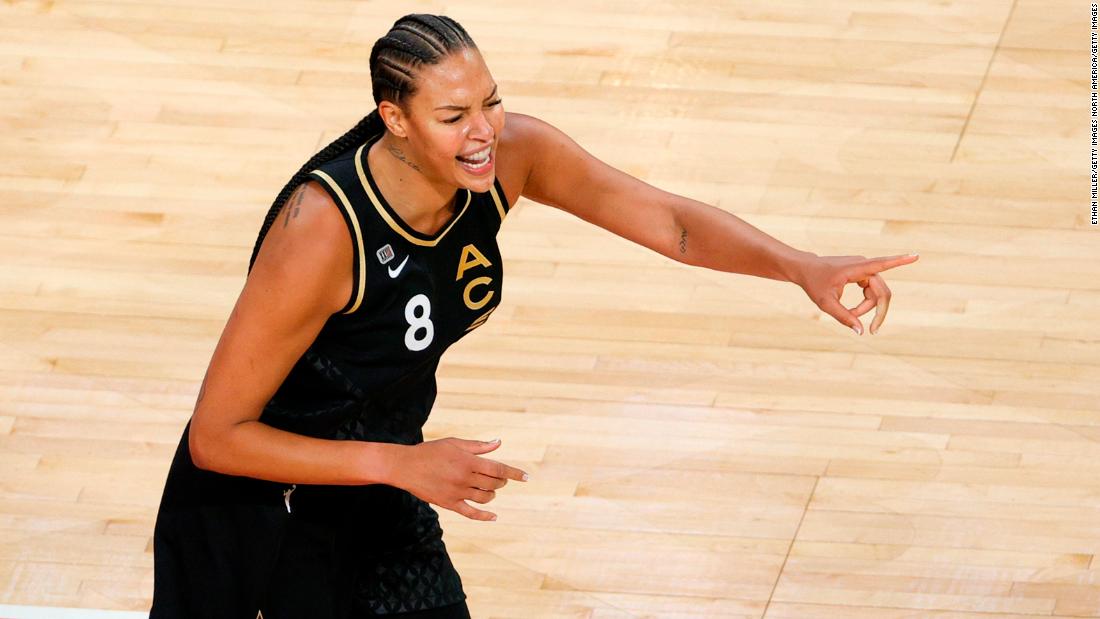 “It’s no secret that in the past I’ve struggled with my mental health and recently I’ve been really worried about heading into a ‘bubble’ Olympics,” Cambage said in posts on Instagram and Twitter.

“No family. No friends. No fans. No support system outside of my team. It’s honestly terrifying for me. The past month I’ve been having panic attacks, not sleeping and not eating.

“Relying on daily medication to control my anxiety is not the place I want to be right now. Especially walking into competition on the world’s biggest sporting stage.

“I know myself, and I know I can’t be the Liz everyone deserves to see compete for the Opals. Not right now at least. I need to take care of myself mentally and physically.”

Prior to the announcement of Cambage’s withdrawal, an AOC spokesman had told CNN that it was aware of a potential incident involving Cambage and were awaiting a report from Basketball Australia, but the organization provided no further details.

CNN has reached out to Basketball Australia for more information but has not heard back. The Australian team is in Las Vegas preparing for the Olympics. Following the announcement of Cambage’s withdrawal, the Opals defeated the gold-medal favorite Team USA on Friday in an exhibition game, 70-67.

Chef de Mission Ian Chesterman had said in an earlier press conference: “We’ve been informed by Basketball Australia that they’re investigating an issue. We have not received any further reporting except for that.”

In an Instagram story posted Friday after she had withdrawn, Cambage referenced what had happened during a recent scrimmage between Australia and Nigeria — and said her decision to not go to Tokyo had been “a few days in the making.”

“As soon as I put out that little statement yesterday and made the final decision, I felt a world of anxiety and pressure and heaviness I have been carrying lift straight off me,” Cambage said, later adding, “I just want to say this decision was coming and I’m happy I finally made it on my own terms. It’s sad that news got leaked yesterday that I didn’t even know about.

“Yeah, things got heated in the Nigeria game. There was a physical altercation and there were words exchanged.”

Cambage had opted out of the 2020 WNBA season when it took place in a bubble environment in Florida.

“The main reason I sat out of the WNBA last season was my mental health,” Cambage said. “I’m not OK in a bubble. I’m not OK playing in front of no fans. Mentally, I’m an escapist. If I have no escape from a situation, it gives me anxiety and I panic. There’s definitely no escape except for leaving once you get into Tokyo, and I would not want to do that to my team.”

The AOC has said it will explore the potential for a late replacement for Cambage for the Opals Team.

“Liz has made a great contribution to the Australian Olympic Team over two Olympic Games campaigns. We respect her decision and wish her the best in returning to full health,” Chesterman said.

In May, Cambage threatened to boycott the Tokyo Olympics while speaking out against the lack of racial diversity in promotional photos of the Australian Olympic team.

The Olympics are scheduled to get underway on July 23 and run until August 8.

MARQUETTE — There’s never a bad time to think about your mental health: Where it stands, how you can improve it, and where to go for help if you need … END_OF_DOCUMENT_TOKEN_TO_BE_REPLACED