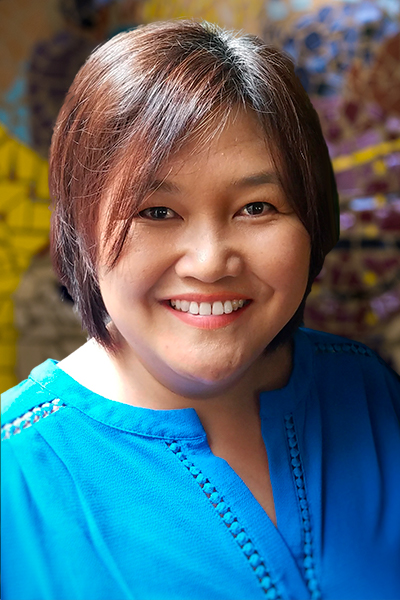 The study found that more than half of U.S. citizen migrant children living in Mexico were underinsured, and the situation is even more stark for those living in urban settings and along the border.

While attending a conference at the Universidad Nacional Autónoma de México in Mexico City several years ago, Sharon Borja was struck by the story of a young man who, as a child, joined his parents repatriating to their native country of Mexico. Like millions of Mexican immigrants, the family had called the United States home for years, and having been born in the U.S., he was an American citizen. Walking one day in his newfound urban Mexican neighborhood, a couple carrying a wooden stick approached him on the street and encouraged him to do the same, Borja recalled the man sharing.

“The stick was for protection against all the stray dogs,” said Borja, an assistant professor at the University of Houston Graduate College of Social Work. “He grew up in America and was in a new country for the first time and didn’t understand the various challenges. His story sparked my interest in investigating other hurdles U.S. citizen migrant children face when accompanying their parents back to Mexico, including lack of adequate health insurance.”

More than a million Mexican nationals and their families that returned to Mexico from the United States in 2015 fueled in part by the Great Recession limiting job opportunities and increased deportation. Among them were 550,000 U.S.-born minors.

An analysis of more than 36,000 of those minors, published in the peer reviewed journal Health Affairs, found that nearly 54% were underinsured. The situation was even more stark in urban settings, where 80% of U.S. citizen migrant children had limited, inadequate insurance. Among the children who lived in Mexican states near the U.S. border, 65% suffered the same fate.

For the study, “underinsured” was defined as those who reported having no insurance or received coverage through public health services or private insurance, which offer narrower coverage, limited access to high-quality care, and modest protection from catastrophic health expenses compared to employment-based programs through Mexico’s Social Security Institute.

“We believe health care is a human right. It’s a travesty that these U.S. citizen children are vulnerable to financial risk and delays in care and treatment. Many don’t even think about this subgroup of at-risk kids, yet they are U.S. citizens who moved to another country, likely not by their choice,” said Borja, lead author of the research paper. “These circumstances elevate their risk for lifelong disparities in health and productivity compared with their counterparts who stayed in the U.S.”

The study also revealed that parents’ level of education and living with an employed mother were associated with a higher likelihood of having the superior employment-based coverage. In addition, the likelihood of having such coverage is reduced by 59% for U.S. citizen migrant children in border states compared with those in other areas.

Although Mexico established a form of universal health care in 2020 called Instituto de Salud para el Bienestar (INSABI), or the Institute of Health for Well-being in English, it faces insufficient funding and does not cover all health conditions, according to the researchers. Regardless, access is guaranteed only for those with proof of citizenship or legal residency. Fewer than half of U.S. citizen migrant children in Mexico in 2015 reported having Mexican citizenship, further putting them at risk for delayed medical care, particularly when there is no alternative to prove eligibility.

The findings underscore the need for transborder health policies that address the growing place-based inequity in health coverage, according to the study authors. They recommend the following solutions:

The researchers acknowledge that the evolving geopolitical landscape of U.S.-Mexico migration and the recent implementation of INSABI could present a different picture now, six years after their data was collected. But with increased deportations during the Trump Administration, the numbers of U.S. citizen migrant children lacking adequate health insurance is likely even higher today.

“We recognize that the implementation of cross-border health initiatives could be costly. But the long-term societal savings of investing in early childhood and ensuring timely access to high quality preventive care far outweigh the cost,” wrote the researchers. “Sustained political will and consistent commitment to invest in U.S. citizen migrant children, who are often an ignored segment of the population, are needed so that they do not become ‘out of sight and out of mind.’”

MARQUETTE — There’s never a bad time to think about your mental health: Where it stands, how you can improve it, and where to go for help if you need … END_OF_DOCUMENT_TOKEN_TO_BE_REPLACED