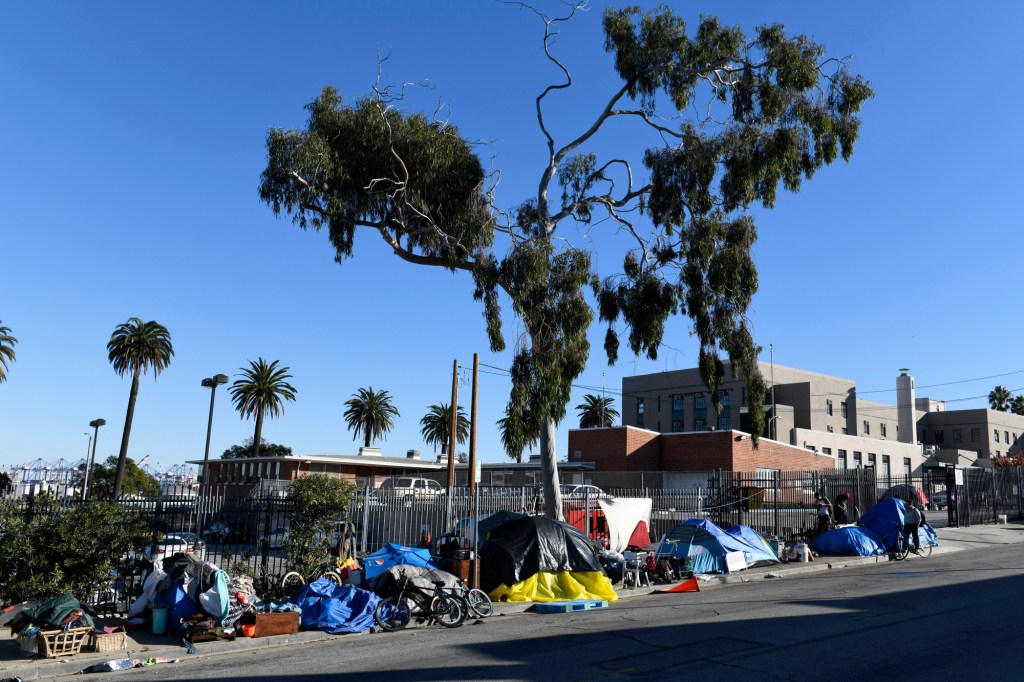 In June, a homeless man in Oakland was pinned to the ground by Governor Gavin Newsom’s security detail after he allegedly threw a water bottle at the governor, who joked that people have different ways of saying “hello.”

The man’s name is Serge Chaumette. His younger sister, Suzette Chaumette, spoke to the Associated Press about the brother who at one time was an aspiring historian enrolled at UC Berkeley. “Over the decades, he struggled with bipolar disorder,” the AP reported, “cycling in and out of hospitals and halfway homes and into homelessness.”

According to the Associated Press, “in California, a quarter of the 161,000 people experiencing homelessness also have a severe mental illness.” They “pinball” between nonprofits and government agencies, “cycling through” emergency rooms, incarceration and homelessness.

I have written before about people living well off the “homeless industrial complex”, from the lavishly paid administrators at the management-heavy Los Angeles Homeless Services Authority to the developers who build taxpayer-funded housing for the homeless that costs more than $500,000 per unit. Taxpayers spend tens of billions of dollars on homelessness, and that’s without even counting the costs racked up by police, fire and sanitation departments. But the problem is only getting worse.

Potential solutions face entrenched opposition from those who like the current system. For example, something that might have helped Serge Chaumette has been denounced as “dangerous” by an association with offices on K Street in Sacramento. The group is called, “Mental Health America of California.”

On February 3, 2020, MHAC sent a letter to the acting director of the California Department of Health Care Services to strongly oppose a proposal to get permission from the federal government to spend Medicaid funds on mental health care in facilities with more than 16 beds.

Why would a mental health association oppose this reasonable sounding request? For that matter, why does the federal government prohibit the spending of Medicaid funds on mental health care in facilities with more than 16 beds?

The answer to the second question dates back to the 1965 law that created Medicaid and Medicare. As the Manhattan Institute explained in a recent paper, “Federal law requires all state Medicaid programs to cover inpatient hospital services and mental health services. But states generally may not bill Medicaid for services provided to anyone aged 21–64 who is a patient in an Institution for Mental Disease (IMD),” defined by the federal government as “a hospital, nursing facility, or other institution with more than 16 beds” that is devoted to the “diagnosis, treatment, and care of individuals with a mental illness.”

Manhattan Institute authors Stephen Eide and Carolyn D. Gorman described IMDs as “the safety net of the safety net” and called on Congress to repeal the IMD exclusion.

States can get a waiver of the IMD exclusion, but MHAC is dead-set against that. In the February letter to state health officials, the group called the IMD exclusion “the primary safeguard” inhibiting counties from “expanding the use of institutional settings” and said removing it would “undermine the state’s 40-year-old policy to develop small, recovery-oriented, residential treatment settings that serve as alternatives to their institutional counterparts (e.g., hospitals, psychiatric health facilities, skilled nursing facilities and mental health rehabilitation centers).”

Judge for yourself whether California’s record on mental health treatment for the last 40 years is a success story.

MHAC describes itself in its letter as “the state and nation’s leading community-based nonprofits dedicated to addressing the needs of those living with mental illness and promoting the overall health of all Americans.”

It almost sounds like the “community-based nonprofits” don’t want any of their paying customers siphoned off by “hospitals, psychiatric health facilities, skilled nursing facilities and mental health rehabilitation centers.”

The Manhattan Institute authors who support repealing the IMD exclusion say it would “remove the fiscal disincentive against providing more inpatient care,” “forestall further bed cuts,” and “facilitate long-term care for those who need it.”

Even without a repeal, California can request a waiver right now and start building and staffing a range of facilities to provide world-class care for people suffering from severe mental illness.

Paul C. Webster, director of Hope Street Coalition, told the Associated Press that there are not enough places for people like Serge Chaumette.

If you're shopping domestically as opposed to on the internet, you possibly can test the emblem on Coach shoes or handbags in a granted retailer or … END_OF_DOCUMENT_TOKEN_TO_BE_REPLACED

The distinctive design of the shoe as an entire is one thing that not many runners get to expertise and thus should take pleasure in. A trendy … END_OF_DOCUMENT_TOKEN_TO_BE_REPLACED