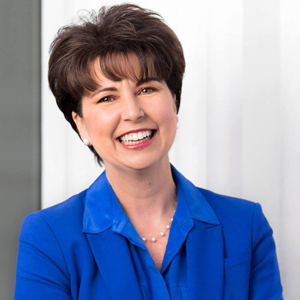 June 23, 2021 – SACRAMENTO – Taking our state one step closer to strengthening the ability of Californians to receive timely access to birth control, the Assembly Labor and Employment Committee approved Senate Bill 523 authored by Senator Connie M. Leyva (D-Chino) that will expand and modernize birth control access in California regardless of an individual’s gender, insurance coverage status, where they work or where they go to school.

Sponsored by Essential Access Health, NARAL Pro-Choice California, and the National Health Law Program, SB 523 seeks to make California’s birth control benefits gender inclusive, require coverage of over-the-counter birth control options, expand contraceptive coverage benefits to Californians enrolled in state employee and university and college health plans and clarify that employers in California may not discriminate or retaliate against their employees based on their personal contraceptive or reproductive health decisions.

“By enacting SB 523, California will solidify our state’s rightful place as a national leader in contraceptive equity and reproductive justice,” Senator Leyva said.  “It is crucial that we continue to reduce and eliminate barriers to contraceptive care, as well as work hard to ensure greater health equity for all Californians.  As the proud author of this important and timely measure, I thank my Assembly colleagues that stood today in support of ensuring better access to birth control across the state, particularly for individuals and communities that continue to have limited access to this critical health care.”

In 2014, SB 1053 (Mitchell)—requiring Medi-Cal managed care and most commercial health plans to cover all FDA-approved contraceptive methods without co-pays, cost-sharing, or restrictions like step-therapy or prior authorization—was signed into law.  Since SB 1053 was enacted, several states have expanded access to birth control even further by requiring health plans to cover over-the-counter birth control pills, condoms and vasectomies and other male birth control methods on the horizon.  Additionally, in 2016, SB 999 (Pavley)—ensuring that most health insurance plans in California cover a year’s supply of birth control dispensed at once—was chaptered.

Despite the progress made in California, health disparities in reproductive health outcomes persist among Black, Indigenous and People of Color (BIPOC), including disproportionate unintended pregnancy, infant and maternal mortality, and STD rates. The COVID-19 public health emergency has also further highlighted the structural inequities that disproportionately affect youth, low-income people and communities of color in accessing birth control services. A report by the Guttmacher Institute revealed that 38 percent of Black women and 45 percent of Latinas, compared to 29 percent of white women, now face difficulties accessing birth control as a result of the pandemic. Lower-income women were also more likely than higher-income women to report having experienced delays or having been unable to get contraceptive care because of the pandemic (36 percent vs. 31 percent).

MARQUETTE — There’s never a bad time to think about your mental health: Where it stands, how you can improve it, and where to go for help if you need … END_OF_DOCUMENT_TOKEN_TO_BE_REPLACED