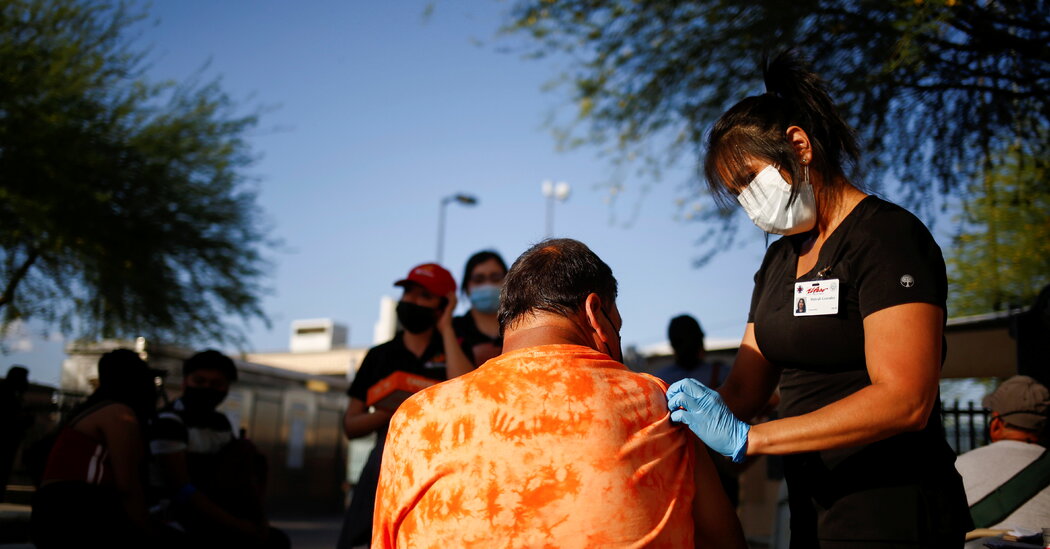 Like millions of Americans, Kevin was vaccinated against Covid-19 in March to protect himself. But the Tuesday after visiting bars with friends over a rainy Memorial Day weekend in Provincetown, Mass., he had a running nose and some congestion.

“I thought it was typical springtime allergies in New England,” said Kevin, 42, who spoke on the condition that his last name not be used. The symptoms worsened to headaches, body aches and sleepless nights. His doctor told him that it might be the flu but suggested a coronavirus test. The result was positive.

“You don’t think it will be you,” said Kevin, who isolated in his Provincetown townhome for 10 days.

If you’re one of the small number of fully vaccinated people who later test positive for Covid-19, what should you do?

Covid vaccines have been highly effective in preventing Covid-19, especially hospitalization and death, and are generally working as expected, doctors say. The vaccines also reduce the risk of spreading the virus.

Although the risk of vaccinated people becoming infected with the virus is low, it can still happen, experts said.

“Yes, this will happen, unusual but will happen,’’ said Dr. Sandro Galea, dean of the Boston University School of Public Health.

Those rare cases are called breakthrough infections and as of April 30, there were more than 10,000 of these infections reported from 46 American states and territories, according to the Centers for Disease Control and Prevention. The C.D.C. has stopped recording such infections if there are no severe symptoms, so the number for cases, including mild ones, is most likely higher.

What to do if it happens to you?

A fully vaccinated person who experiences symptoms consistent with Covid-19 should isolate themselves from others, the C.D.C. said.

Dr. Eric Cioe-Peña, director of Global Health at Northwell Health in New Hyde Park in New York, said the guidelines were not much different from those for someone who tested positive before the vaccines were available.

People should also inform their health care provider of their positive result. If you leave home to go to the doctor, wear a mask and practice social distancing.

“Fundamentally, though, someone should isolate and then retest, with the latter probably in consultation with a provider,” Dr. Galea said.

But what about people in your home?

The infected person should stay in a separate “sick room” or area and use a separate bathroom, if available.

“If possible, maintain six feet between the person who is sick and other household members,” the C.D.C. said.

This is important because an infected person — even one without symptoms — could pass the virus to someone who is unvaccinated, including children under the age of 12 or people who cannot get a vaccine because of immune-related or other health issues.

But, Dr. Cioe-Peña said, the level of virus in the nose and droplets are not as contagious in a vaccinated person.

“You probably aren’t going to pass this on,” he said.

Residents should frequently disinfect touched surfaces in the household if someone is sick or has tested positive for Covid-19.

It might be helpful to turn on fans and open doors and windows for fresh ventilation in the residence. And do not share household items such as utensils, cups and towels for the quarantine period, the C.D.C. said.

How serious are breakthrough symptoms?

Dr. Cioe-Peña said an infected person who had been vaccinated might have mild symptoms or no symptoms at all.

“In the post-vaccine era, testing Covid-positive is a lot less scary,” he said. For “the vast majority of people — 99.9 percent of the time — I am going to be OK. I am going to have a mild case. I may not even notice.”

“It would be the mildest of the end of the spectrum of Covid-19,” he said. “It may be just a mild common cold.”

But this may be different in vaccinated individuals with weak immune systems like older adults and people with certain medical conditions or those who take certain medications.

There have been some high profile cases.

The TV host Bill Maher was fully vaccinated when he tested positive last month during weekly staff testing, prompting HBO to reschedule the taping of two of his shows. At the time, he said he felt “perfectly fine.”

On June 10, two fully-vaccinated passengers aboard a Celebrity cruise ship tested positive and had to isolate, according to the Royal Caribbean Group. The passengers were asymptomatic.

And in May, the Yankees’ two-time All-Star shortstop, Gleyber Torres, tested positive after vaccination, as did three coaches and four staff members.

While most infections are likely to produce mild or no symptoms, many of these cases would not have been discovered without routine screening.

Will this become more common?

“We are going to see people pop up and be positive, but it’s not meaningful because your chances of passing it to someone are much lower,” Dr. Cioe-Peña said. “Certainly, we will hear stories — my friend’s neighbor got vaccinated and tested positive. If we continue to get people vaccinated, we will hear these stories of one-offs.”

Still, doctors emphasize the effectiveness of the vaccines and encourage people to be fully vaccinated as supplies and appointments are now widely available in the United States. This is particularly true as the new highly contagious Delta variant becomes more widespread during the summer travel season.

“It provides a solid degree of protection,” Dr. Sood said. “It provides the freedom to move around and go on with your daily life and activities almost before it was this pandemic.”

MARQUETTE — There’s never a bad time to think about your mental health: Where it stands, how you can improve it, and where to go for help if you need … END_OF_DOCUMENT_TOKEN_TO_BE_REPLACED