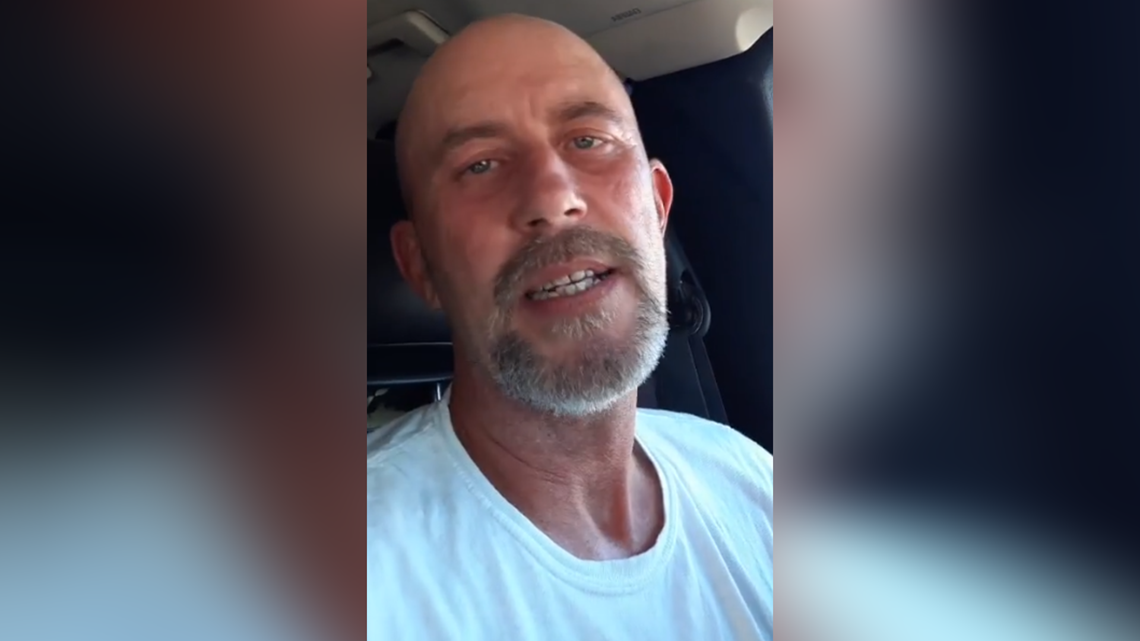 In hours of livestreamed videos, Floyd Ray Roseberry demanded Democrats step down and complained about illegal immigrants getting health insurance.

WASHINGTON — In hours of live-streamed video Thursday, a North Carolina man ranted against President Joe Biden, Democrats, illegal immigrants and the health care system while daring federal agents to shoot him – the trigger, he said, to detonate a bomb inside of the truck he’d parked outside of the Library of Congress.

Congressional staffers were alerted to a suspicious building on the Capitol campus around 10 a.m. Thursday morning. Capitol police eventually decided to evacuate several office buildings – including the Madison, Jefferson and Cannon buildings – and businesses and residents in the immediate surrounding area as police attempted to negotiate with a man they identified Thursday afternoon as 49-year-old Floyd Ray Roseberry, of Grover, North Carolina.

Roseberry was eventually taken into custody without incident around 2 p.m. Investigators said they did not find an explosive device in his truck, but did find “possible bomb-making materials.”

In multiple livestreams to his Facebook page beginning around 7 a.m. Thursday, Roseberry vented a litany of complaints, ranging from the quality of modern coinage – at one point saying “Your pennies are rotting, Joe!” – to the American treatment of Afghans during the ongoing troop withdrawal. He also repeatedly called on Biden, House Speaker Nancy Pelosi and other Democrats to step down.

Sign up for the Capitol Breach Newsletter. Don’t miss an update about arrests, charges or investigations into the assault on the Capitol.

In his videos, Roseberry said he was “picked by the American [expletive] people to come up here and take a stand.” Much of his ranting was directed specifically at Biden and suggested he believed in the baseless election fraud conspiracy theories pushed by former President Donald Trump and other prominent Republicans that Biden was not legally elected.

“I just got chose for the job. Unlike you,” Roseberry said. “This ain’t about politics. I don’t care if Donald Trump ever becomes president again. I think ya’ll Democrats need to step down. Ya’ll need to understand people don’t want you there.”

The truck Roseberry drove from North Carolina was filled with bags and tubs of loose change apparently designed to turn the vehicle into a huge IED. Roseberry was vague about the nature of the supposed explosive device. At one point he claimed he had a “toolbox full of ammonium nitrate.” At another, he said police should ask their experts “what a 7-pound beg of gunpowder would do with 2.5-lbs. of Tannerite.”

“Biden, there’s a change shortage for a reason. I’ve got it all. I got loads of it,” Roseberry said. “And it don’t take but a half a roll of nickel to equal a .50-caliber bullet. And I’m telling you, they come in, they start shooting this window out… this bomb’s going off.”

Roseberry stated at times that he had driven up alone to “build the foundation of the revolution,” and at others that he was one of five people in explosive-laden vehicles around D.C. As of Thursday afternoon, police had not confirmed the existence of any other suspicious vehicles in the District.

‘Where’s your insurance at, Biden?’

While Roseberry at times attempted to paint himself variously as the embodiment of “the South” or as a handpicked representative of the American people, much of his motivation seemed to derive from a personal animus against the U.S. health care system.

Roseberry’s mother died of cancer, he said, and his wife had been denied insurance coverage for treatment of an unspecified cancer on her face. He claimed he had recently been denied coverage as well for shots “just so I can walk.”

“I went to the doctor yesterday to get some of those cell therapy shots they’ve been bragging about giving to athletes all these years. The doctor says, ‘No shots today. Insurance don’t cover it anymore,’” Roseberry said. “My wife goes to the doctor. She’s got cancer. And they told her it wouldn’t cover it anymore because it’s cosmetic. It’s on her face. Where’s your insurance at Biden? Obama? You keep on letting all these illegal Mexicans in here, all these illegal immigrants in here from Afghanistan… we’re going to have free health care for us. You’re [expletive] giving it to them. The South’s fed up!”

Roseberry’s home state of North Carolina is one of a dozen states with Republican-controlled legislatures that have not yet adopted expanded Medicaid eligibility granted by the Obama-Biden administration’s signature health care legislation, the Affordable Care Act. In states that have adopted expansion, the law allows households to qualify for Medicaid coverage if their income is below 133% of the federal poverty level – roughly $35,000 a year for a family of four. Roseberry is a registered Republican who voted most recently in the November general election, according to a public records search.

Capitol bomb threat suspect Floyd Roseberry spent a lot of time on stream talking about his insurance woes. But the registered Republican comes from a state, North Carolina, where his own party has blocked the ACA’s Medicaid expansion. Map via @KFF: https://t.co/1V3IknYFQt pic.twitter.com/jTMjkFG3ly

Those same records showed no significant property assets in Roseberry’s name – but a history of financial troubles. Court records show he filed for Chapter 13 bankruptcy in 1998, which establishes a payment plan for unpaid debts, and then Chapter 7 bankruptcy in 2000. Chapter 7 bankruptcy allows a trustee to sell off whatever assets are available to pay off creditors. His most recent employment was listed as an assistant supervisor at a women’s apparel manufacturer.

North Carolina court records show Roseberry has a limited criminal history. He was found guilty of obstruction of police in 1993 and sentenced to 60 days in jail and 2 years of supervised probation. In 2000 he was charged with assault on a female, but the case was resolved in mediation and the charges were dismissed.

We’re tracking all of the arrests, charges and investigations into the January 6 assault on the Capitol and the ongoing fallout from the “Big Lie” that helped fuel it. Sign up for our Capitol Breach Newsletter here so that you never miss an update.

MARQUETTE — There’s never a bad time to think about your mental health: Where it stands, how you can improve it, and where to go for help if you need … END_OF_DOCUMENT_TOKEN_TO_BE_REPLACED