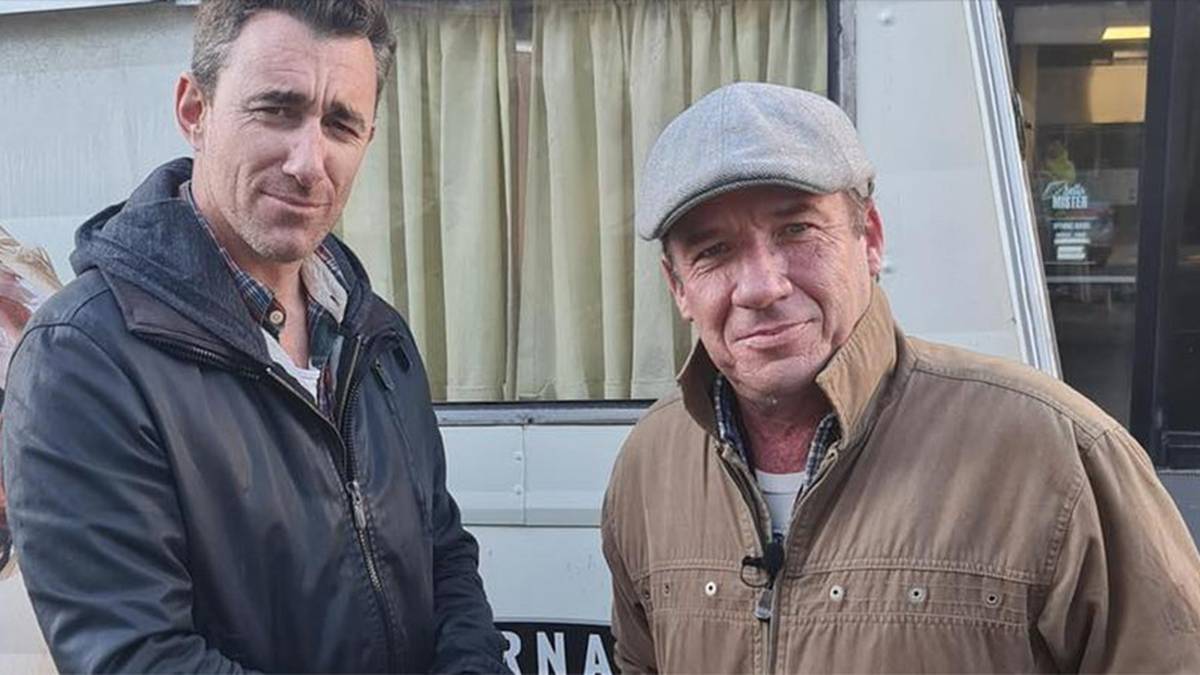 Hauraki’s finest Jason Hoyte and Mike Minogue are on a mission to help Kiwi men put the fun back into Kiwi men’s health. Photo / NZME

Men’s ‘swimmers’ are reducing at an “alarming” rate – but now Hauraki’s finest Jason Hoyte and Mike Minogue are on a mission to help Kiwi men put the fun back into Kiwi men’s health.

Minogue was recently faced with an uncomfortable situation that many men around New Zealand have faced – needing to produce a sperm sample for scientific reasons but with no venue to facilitate it.

It’s a struggle for men to produce a sample for a sperm test and then deliver it to the lab in a suitable condition.

So, Minogue and Hoyte from the Hauraki Drive Show are adapting the world-famous ACC commentary caravan as a mobile “withdrawal” unit, parked up outside clinics to help men with the production and then transport of a sample.

Dubbed the “Vatican of New Zealand Sport”, the ACC caravan has been the scene of many moments of shared pleasure among Kiwi men.

Now it is the venue where blokes can donate their own slice of science for the betterment of Kiwi men’s health.

Minogue and Hoyte aim to take the ACC Caravan on the road and parked up outside clinics up and down the country, for men to help produce samples.

The clinic will be aided with anything that might help, including Hoyte’s call of Grant Elliott’s match-winning six to put the Black Caps in the final of the 2015 CWC and a life-sized replica of Hoyte’s smooth chest following the Black Caps win in the World Test Championship Final last month.

And they’re open to any other ideas that might help Kiwi men in their pursuit of better health.

Hauraki’s finest Jason Hoyte and Mike Minogue are on a mission to help Kiwi men put the fun back into Kiwi men’s health. Photo / NZME

Comedian and TV star Dai Henwood has also struggled with this issue, explaining he was caught short while on the way to the clinic.

He joined the Hauraki Big Show with Jase and Mike to tell the story.

Due to popular demand from Hauraki fans, “The Friday Big Show” featuring Jason Hoyte and Mike Minogue now drives you home every weekday from 4pm. Two of NZ’s leading entertainers will be providing headshaking laughs, questionable banter and an escape from reality as you knock off for the day.

MARQUETTE — There’s never a bad time to think about your mental health: Where it stands, how you can improve it, and where to go for help if you need … END_OF_DOCUMENT_TOKEN_TO_BE_REPLACED