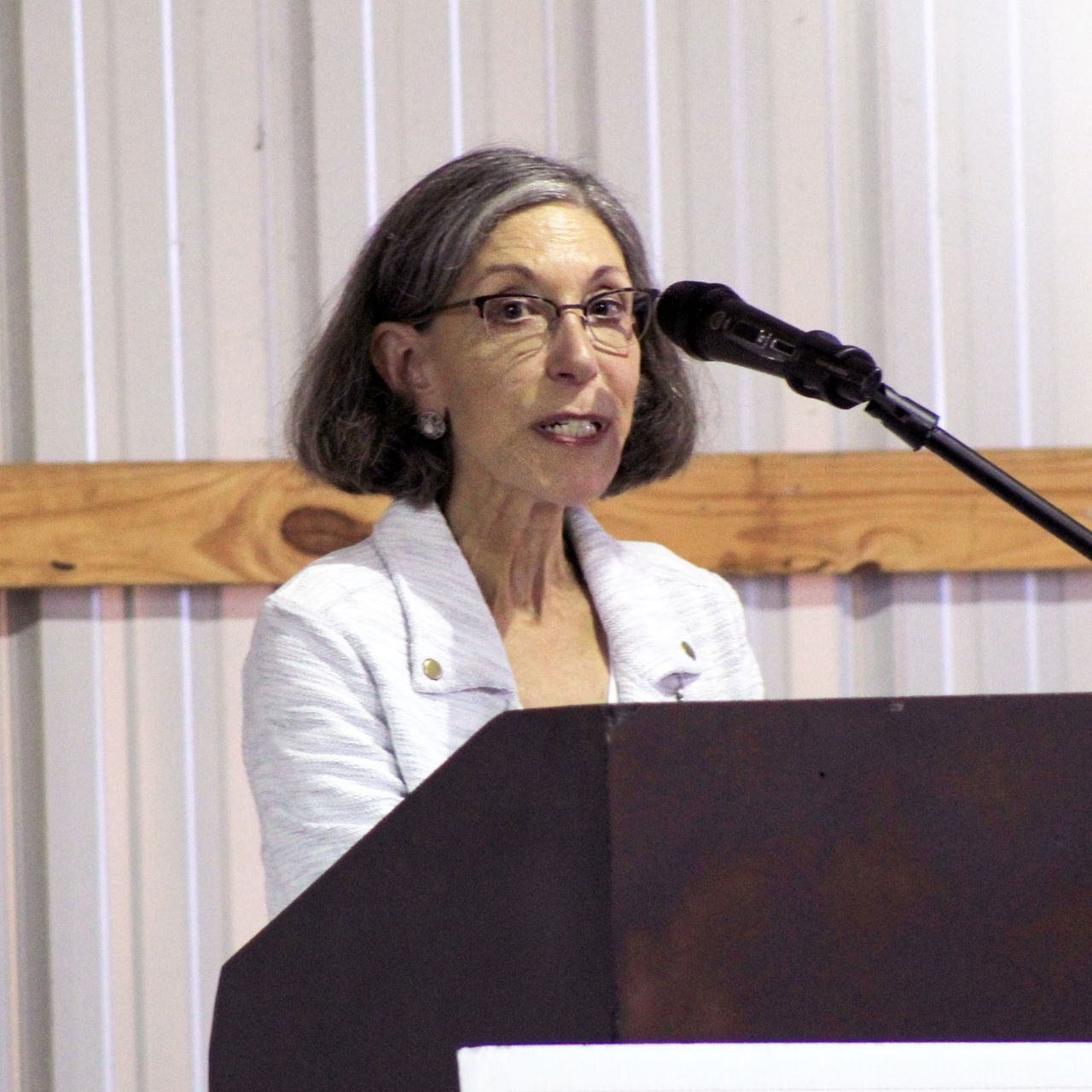 The Perry County Chamber of Commerce used its 2021 dinner to celebrate a return to normalcy, and to remember the tribulations everyone endured through the pandemic over the past year.

The dinner held June 18 at the Perry County Fairgrounds in Newport was the first such dinner the chamber held since 2019. Last year’s annual dinner, usually held at Little Buffalo State Park, was canceled because of the coronavirus pandemic.

Early in the evening, Bill Roberts — owner of IBS Development and beef ranch Perry Land and Cattle with wife Martha Roberts — built on a renewed sense of optimism. He told a story about how he came to see and side with a neighbor’s point of view when he first moved to Perry County more than 30 years ago.

Roberts said it convinced him that different people can be good neighbors, friends and work toward common goals.

“Perry has some real opportunity now,” he said, “but we won’t get there unless we work together.”

The dinner’s keynote speaker was Thomas Trite, chief executive officer of PA Options for Wellness, the medical cannabis company that last year completed construction of its facility just outside of Duncannon.

Trite, a pharmacist by trade, began his career decades ago operating a pharmacy in Newport, eventually growing it into a successful company. He said he’s happy to be back in Perry County.

Thomas Trite of PA Options for Wellness speaks at the chamber dinner on June 18.

“This is my third time back, and I’m here to stay,” Trite said.

The company is preparing to expand its operations soon, he said. It currently employs 20 people at the facility in Penn Twp.’s Perry Innovation Park, which is owned by Bill Roberts. Trite said the company will be hosting a job fair this summer as it prepares to add about 60 jobs.

“We’re focused on the patients we serve, and we can’t do that without our staff,” Trite said.

Trite said the company has already hired several Perry County employees and plans to hire more as it expands to a $3 million payroll. Given the other figures, that comes to an average wage of $37,000 per employee, which Trite called “life-sustaining” wages.

“The economy is going to stay in Perry County,” he said.

Martha “Marti” Roberts, chairperson of the Perry County Economic Development Authority (PCEDA) board, said that economy is on the verge of growing.

“Small businesses and entrepreneurs are the life-blood of the Perry County economy,” she said.

To that end, PCEDA plans to continue many of the programs started in past years with the chamber to help local businesses build their future, she said. For example, the organizations will continue to help local companies understand and use marketing and branding to put themselves in front of local and regional audiences. They have more sessions that tackle such topics coming up in the near future.

Additionally, Roberts said PCEDA will continue to look for opportunities to expand the local economy by bringing industries that will benefit existing business and agricultural interests. The authority was negotiating with potential agribusinesses to locate in Perry, including a grain hub, milk processor, and meat processor. Unfortunately, she said, negotiations broke down.

PCEDA along with county and local officials are ramping up connectivity and downtown revitalization initiatives. Those got started in 2020, too, but the pandemic either put them on hold or dramatically slowed their progress.

The chamber also handed out their annual awards at the banquet:

Business Achievement Award was presented to Jim Fuller Construction Company, for its longevity and growth in the community;

Nonprofit Award was given to the Bread of Life Outreach of Newport Assembly of God, which helped feed and clothe community members throughout the pandemic and regularly;

Young Professional Award was given to Kyle Deimler, owner of Deimler Chiropractic, who came home to Perry County after his professional studies to build a small business.

The dinner was by all measures a success after a year with very few celebrations. The small successes and togetherness of the community last year was highlighted by Taira Little, the chamber’s director.

“We all shared an unprecedented experience, but if we didn’t talk about it, we would miss all the good that happened,” she said.

That included the renewed interest in shopping locally, eating locally, and looking out for each other at a difficult time, she said. It was a community that truly was “Perry County strong.”

Little said about the same number of people attended this year’s dinner as did in 2019, which is good because this year it had to compete with other events.

For more information on other chamber events and programs, visit www.perrycountychamber.org.

Jim T. Ryan can be reached via email at jtryan@perrycountytimes.com

MARQUETTE — There’s never a bad time to think about your mental health: Where it stands, how you can improve it, and where to go for help if you need … END_OF_DOCUMENT_TOKEN_TO_BE_REPLACED