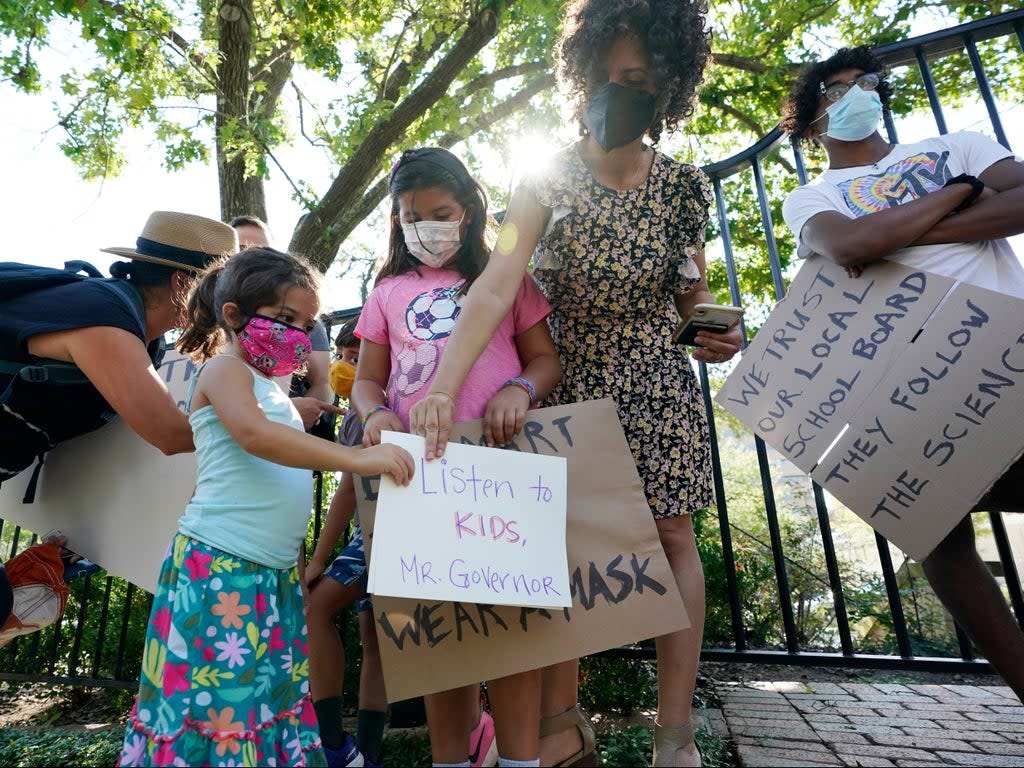 A group of disabled school children in Texas are suing state governor Greg Abbott for discrimination and for risking their health because of his ban on mask mandates.

The suit, which was filed on behalf of 14 students by Disability Rights Texas on Tuesday, alleges that Mr Abbott was in violation of the Americans with Disabilities Act.

A lawyer representing the students, Tom Melsheimer, told the Austin American-Statesman that Texas’s ban on mask mandates forced parents to choose between risking their children’s health, or of losing education. All of the children have disabilities.

“Either outcome is a violation of students’ rights…and both are wholly avoidable,” said Mr Melsheimer, who reportedly worked on the case for free.

According to the suit, all of the 14 children who have disabilities have underlying conditions that carry the “risk of serious complications or death in the event that they contract Covid”.

Mr Abbott’s ban on mask mandates, which includes schools, will “prohibit the exclusion of students with disabilities from public educational programs and activities,” the lawsuit alleges.

It states that Mr Abbott’s ban also “prohibits local school districts from even considering whether to implement the most basic and effective COVID-19 prevention strategy in school settings.”

The students in the lawsuit are aged below 12, which is an age group not eligible for Covid vaccinations.

Face masks, meanwhile, are recommend by the US Centres for Disease Control and Prevention (CDC) to reduce the risk of catching Covid. That advice has seen Republicans bridle at the reintroduction of measures to control the virus.

Mr Abbott’s ban, which has been challenged in several state courts, was supported by the US Supreme Court on Sunday, although it has not issued a final ruling.

Texas’ Supreme Court ruled late on Thursday that schools would not be forced to follow the ban on mandates, allowing districts in the state to decide for themselves.

Guidance issued by the Texas Education Agency confirmed that the mandate is “not being enforced as the result of ongoing litigation,” and added: “Further guidance will be made available after the court issues are resolved.”

‘Bracing for the worst’ in Florida’s COVID-19 hot zone

MARQUETTE — There’s never a bad time to think about your mental health: Where it stands, how you can improve it, and where to go for help if you need … END_OF_DOCUMENT_TOKEN_TO_BE_REPLACED