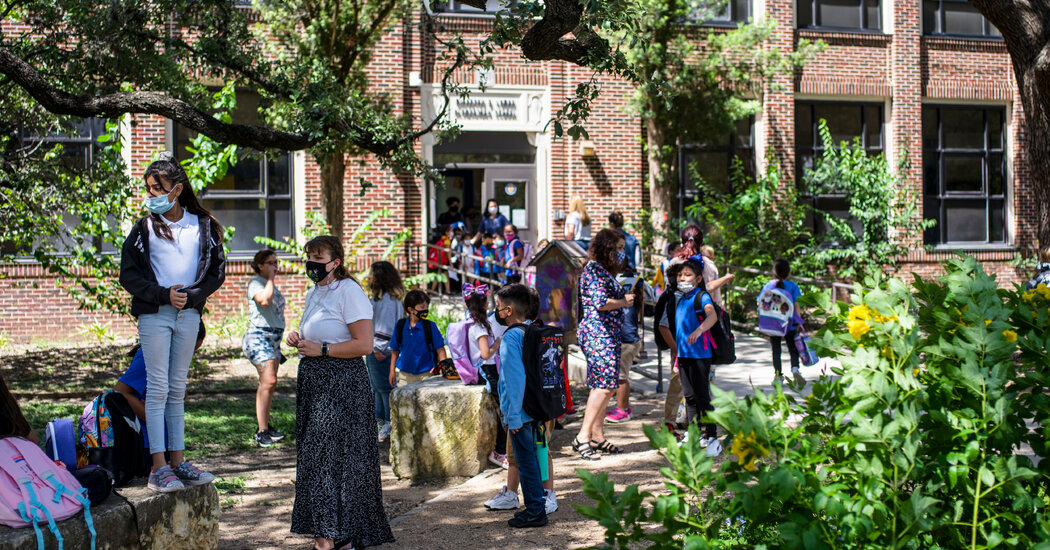 With Covid-19 cases soaring in Texas because of the Delta variant, Mr. Rynders said, parents face an “impossible” choice: risk their children’s health by sending them to school, or risk educational deprivation by keeping them home.

The 14 plaintiffs in the lawsuit are all children under 12, an age group that is not eligible for vaccination yet. One is Juliana Ramirez, 8. Her mother, Julia Longoria, said Juliana had been begging to go back to her school in San Antonio. Juliana had panic attacks during the pandemic, and her ADHD made her increasingly disengaged from online learning. But Juliana has asthma, and Ms. Longoria is immunocompromised, making a coronavirus infection especially dangerous for them both.

“We could just not send her to school, but that’s just denying her an education,” Ms. Longoria said. “There really wasn’t a good option. Every option put her at risk in some way.”

Ms. Longoria said she was “terrified” for her daughter. She believes masks, along with other safety protocols, would help prevent her daughter from getting sick.

Another plaintiff is Stephanie Paresky’s 8-year-old son, who has spina bifida, epilepsy, ADHD and bronchiectasis, a chronic lung condition that makes him vulnerable to infections.

During virtual learning, Ms. Paresky, a resident of Richardson, said her son fell behind in reading and math because he didn’t receive the same level of one-on-one services as he had before the pandemic. When the new school year began this month, she sent him back to his public school, which is requiring masks in defiance of the governor’s orders. His doctors told her he would not be able to attend safely if masks were not being worn.

Lawyers with Disability Rights Texas said they were confident of a favorable result in the case. But Mr. Paxton, the state attorney general, has said that he would continue to defend the governor’s mask-mandate ban, saying that “any school district, public university, or local government official that decides to defy the order will be taken to court.”

MARQUETTE — There’s never a bad time to think about your mental health: Where it stands, how you can improve it, and where to go for help if you need … END_OF_DOCUMENT_TOKEN_TO_BE_REPLACED