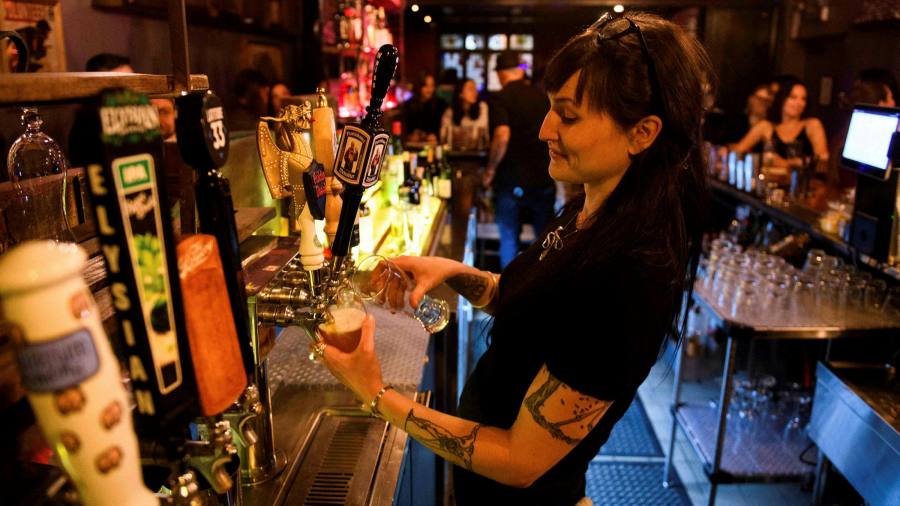 Labour shortages and supply-chain disruptions are hampering businesses across the country as the economic recovery from the coronavirus crisis accelerates.

The pace of the rebound picked up in April and May as consumer spending bounced back alongside higher vaccination rates and looser social-distancing measures, according to the Federal Reserve’s Beige Book report, which offers anecdotal evidence collected by the central bank’s regional counterparts about the health of the world’s largest economy.

Businesses in some cases struggled to meet this demand, however, given difficulties sourcing materials and workers.

“Manufacturers reported that widespread shortages of materials and labour along with delivery delays made it difficult to get products to customers,” the report said. “Similar challenges persisted in construction. Homebuilders often noted that strong demand, buoyed by low mortgage interest rates, outpaced their capacity to build, leading some to limit sales.”

Labour shortages were also pervasive, with nearly all of the districts represented in the report noting an impact on hiring and broader job gains.

“It remained difficult for many firms to hire new workers, especially low-wage hourly workers, truck drivers, and skilled tradespeople,” it said. “The lack of job candidates prevented some firms from increasing output and, less commonly, led some businesses to reduce their hours of operation.”

While the report noted that a “growing number” of businesses were offering benefits including signing bonuses and higher starting salaries to fill positions, wage growth on the whole was “moderate”.

“Contacts expected that labour demand will remain strong, but supply constrained, in the months ahead,” the report added.

The Beige Book was released at a critical point for the US economy and its top policymakers, as concerns mount that the recent inflationary pressures may be more persistent than many expect.

Wednesday’s report acknowledged that costs have risen “across the board”, with the most pronounced gains in raw materials for construction and manufacturing in particular.

“Strengthening demand, however, allowed some businesses, particularly manufacturers, builders, and transportation companies, to pass through much of the cost increases to their customers,” the report said. “Looking forward, contacts anticipate facing cost increases and charging higher prices in coming months.”

All of Texas saw a sharp increase in new COVID-19 vaccinations last week, as new infections rise due to the more transmissible delta variant.The … END_OF_DOCUMENT_TOKEN_TO_BE_REPLACED

Clare Crawley had her breast implants removed and shared with her Instagram followers that she's doing great and on the mend.The 40-year-old season 16 … END_OF_DOCUMENT_TOKEN_TO_BE_REPLACED