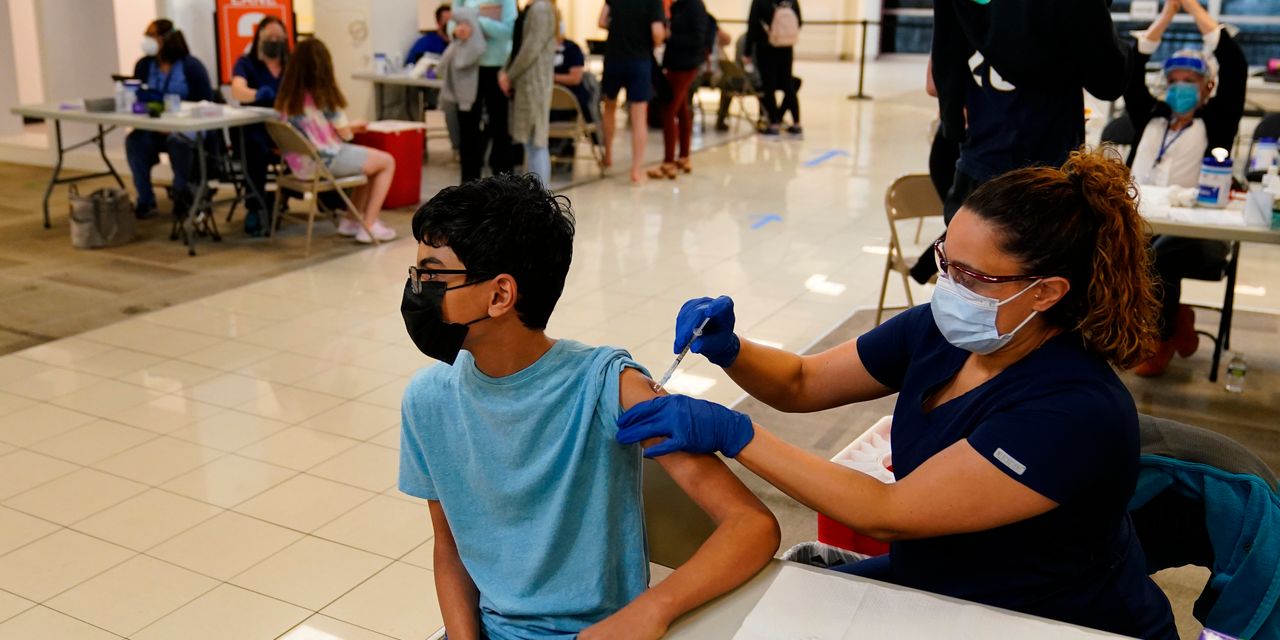 Newly reported coronavirus cases in the U.S. fell slightly, as Biden administration officials said children under 12 could be eligible for vaccinations later this year.

The U.S. reported more than 33,000 new cases for Tuesday, according to data compiled by Johns Hopkins University that was published early Wednesday. The data may update later. Tuesday’s figure was down from Monday’s total of 36,898 and marked the fourth day in a row that newly reported cases were below 40,000.

The seven-day moving average of Covid-19 infections, which smooths out states’ irregular data reporting schedules, was 38,826 as of Monday, according to a Wall Street Journal analysis of Johns Hopkins data, while the 14-day average was 44,222. When the seven-day average is lower than the 14-day average, as it has been since April 17, it indicates cases are falling.

The nation’s death toll rose to more than 582,800 with 684 fatalities reported for Tuesday, according to Johns Hopkins data.

The pace of vaccinations edged up from earlier in the week, while remaining below the levels seen last month. An average of 2.2 million doses of Covid-19 vaccines were administered each day over the past week, according to a Journal analysis of data from the Centers for Disease Control and Prevention. Some 44.7% of adults in the U.S. are now fully vaccinated, according to CDC data. Among the elderly, the levels are higher, with 71.6% of people age 65 and older fully vaccinated.

Vaccination levels vary by state. In Connecticut, 56.3% of adults are now fully vaccinated, while the figure is 83.1% for people over 65. In Alabama, 33.2% of all adults and 61.7% of seniors are fully vaccinated.

Biden administration health officials told a U.S. Senate panel on Tuesday that there will likely be enough evidence by late fall this year to potentially extend the use of Covid-19 vaccines to many children under age 12. “We expect to have data on the safety and effectiveness of vaccines for children under 12” by that time, David Kessler, the administration’s chief Covid-19 scientific officer, told the Senate Committee on Health, Education, Labor and Pensions.

Meanwhile, ride-sharing companies Uber Technologies Inc. and Lyft Inc. will make all rides to and from vaccination sites free until July 4 under a new partnership with the White House. President Biden will also make billions of dollars in additional funding available to states to aid their vaccination outreach efforts, federal officials said. The White House also announced partnerships between vaccine providers and community colleges to provide on-site vaccinations for students, staff and local residents. Outreach will run throughout May and June for the sites hosted by retail pharmacies.

MARQUETTE — There’s never a bad time to think about your mental health: Where it stands, how you can improve it, and where to go for help if you need … END_OF_DOCUMENT_TOKEN_TO_BE_REPLACED