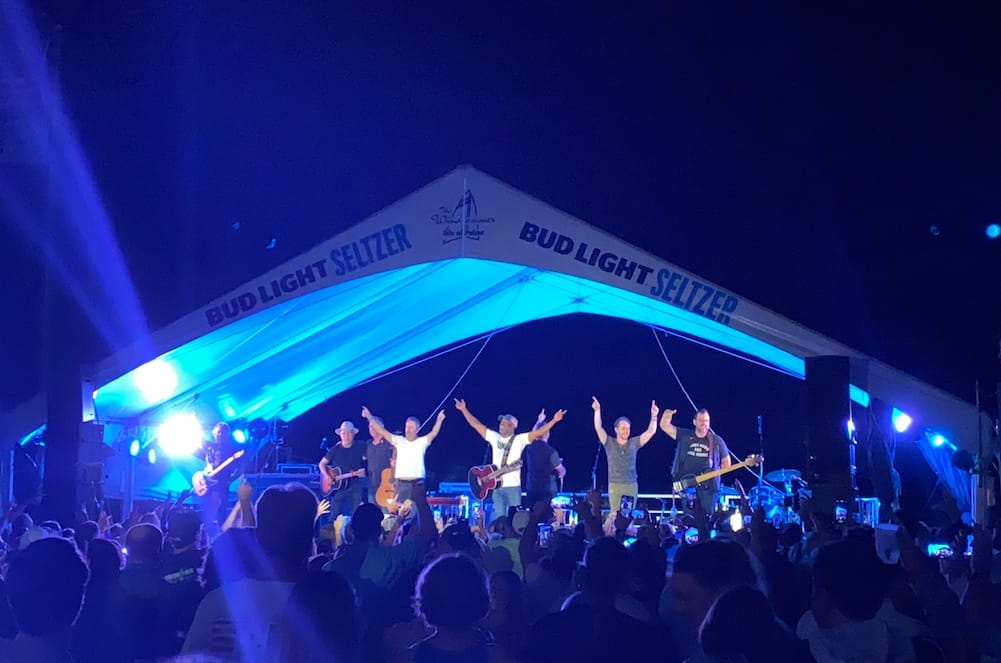 It’s hard to argue that any musician loves his hometown more than Darius Rucker. Born and raised in Charleston, Rucker is synonymous with the Lowcountry. And though the rocker-turned-country crooner has achieved massive critical and commercial success over the years, he has never left South Carolina.

So it was no surprise when he announced he would be throwing a concert on June 9 – his first live performance since the world was turned upside down by COVID more than a year ago – for Lowcountry front-line workers. From employees in the food and beverage industry to health care workers, Rucker invited more than 1,000 of the area’s critical work force to a private beachfront concert on the Isle of Palms. Of those thousand tickets, 200 were earmarked specifically for Medical University of South Carolina employees, a place where Rucker’s mother worked as a nurse for more than 30 years, and where he’s supported children’s programs for two decades, even serving as chair of the campaign to build the new Shawn Jenkins Children’s Hospital.

With social distancing and masking restrictions relaxing more and more each day, Rucker felt it was finally time to start performing again.

“I’m so excited to get back out there, playing live shows,” Rucker said. “And I thought it just made sense to start things off with a concert like this – for the people who made it all possible, thanks to their bravery and hard work.”

One of those lucky enough to land tickets to the event at The Windjammer was Crispin Reeves, an MUSC clinical instructor in the Department of Emergency Medicine, who took his wife with him to the show.

“We’ve seen Darius in concert before; he always puts on a great show, and this past week was no exception,” Reeves said. “I think it goes without saying that everyone there was appreciative of him giving his time for this event. Health care workers in general have had a brutal past 16 months due to the pandemic, and this was the first time I felt like things were getting back to normal since March of last year.”

I’m so excited to get back out there, playing live shows. And I thought it just made sense to start things off with a concert like this – for the people who made it all possible, thanks to their bravery and hard work.

The day of the show started as a rainy one, but the sun emerged just in time for Rucker to take the stage, where he started things off with “Alright.” For the next 90 minutes, he performed more than a dozen songs, including solo hits like “Beers and Sunshine,” as well as Blackstreet’s “No Diggity,” and even tossing in a few Hootie & The Blowfish classics, such as “Only Wanna Be With You” and “Hold My Hand.”

Heather Hill, a lab coordinator and supervisor in MUSC’s Laboratory Services, said it was an incredible evening. “Darius was smiling all night. The songs he played clearly were meaningful and spoke from his heart and soul. There truly couldn’t have been any better way of saying ‘thanks for all you do,’ than this.”

MUSC Children’s pediatric nurse Melissa Golden, R.N., agreed. She said the experience finally made her feel normal again. “The rain was pouring just before he came on stage,” she said. “But how many times do you get to say you danced in the rain, on the beach, while seeing Darius Rucker in concert? It was just an awesome moment.”

As the sun set over the Atlantic Ocean behind him, Rucker thanked those in attendance, saying, “It was so awesome to be back on stage with such a meaningful audience in one of my favorite places.”

MARQUETTE — There’s never a bad time to think about your mental health: Where it stands, how you can improve it, and where to go for help if you need … END_OF_DOCUMENT_TOKEN_TO_BE_REPLACED