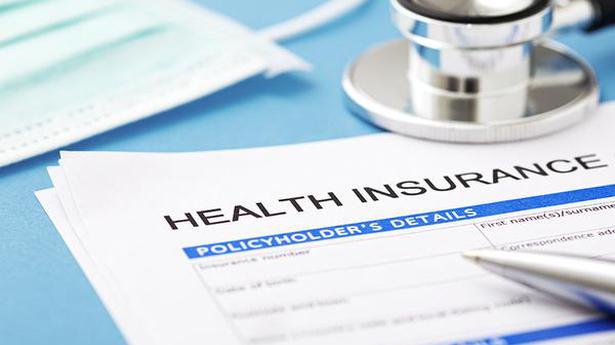 In Bihar, Karnataka and Maharashtra, not only was insurance coverage low, but the share of those insured by govt. schemes was also relatively low

In Bihar, Maharashtra, Karnataka and Gujarat, fewer than 40% of the households had at least one member covered by health insurance, according to the National Family Health Survey-5 (2019-20). Also, in these States, the number of household members who generally chose to go to private-sector clinics/hospitals for treatment was relatively higher than in other regions. So, households in these States spent more on health as the average expenditure for hospitalisation cases was seven times higher in the private sector compared to the public sector, according to the latest NSSO report on health. While the problem was acute in these four States, insurance coverage was in general very low across many States.

The % of households with at least one member covered by health insurance was as low as 12.7% in J&K. In Telangana and Andhra Pradesh, while the insurance coverage and the share of government schemes was relatively high, the share of those who sought the private sector for their health needs was also relatively high. Only States for which there is NFHS-5 published data have been presented.

■ In many States, the health insurance cover was higher among rural households. The difference was higher than 10% points in Andhra Pradesh, Mizoram, Tripura, Assam, Telangana, Meghalaya.

■ In Bihar, Karnataka and Maharashtra, not only was insurance coverage low, but the share of those insured by govt. schemes was also relatively low.

■ In Assam, while 60% of house-holds had health insurance, only 3.5% of those had a government-backed scheme.

MARQUETTE — There’s never a bad time to think about your mental health: Where it stands, how you can improve it, and where to go for help if you need … END_OF_DOCUMENT_TOKEN_TO_BE_REPLACED