When someone has a medical emergency, they go to an emergency room.

But when someone has a mental health emergency, it gets more complicated.

People having mental health emergencies may still find themselves in an emergency room. But Bozeman has no inpatient mental health care beds inside a medical facility.

That means when the few beds at the local crisis care center, the Hope House, are full, Gallatin Valley residents who need care that exceeds 24 hours for a mental health emergency are sent to Providence St. Patrick Hospital in Missoula, St. Peter’s Health or Shodair Children’s Hospital in Helena, Warm Springs State Hospital in Warm Springs or any of the other inpatient mental health crisis centers around the region.

That transportation is regularly done by the families of people having a crisis or local law enforcement, who say that taxpayers take the hit for gas and overtime.

“Somebody who has coronary artery disease, they may have a heart attack. That’s a crisis,” said Dr. Colette Kirchoff, a family and hospice physician who has been practicing in Bozeman for more than 25 years. “Mental illness is the same, and so is substance abuse disorder. There are crises that don’t go away in an hour or two, or even ten hours in an emergency room.”

There was a dearth of mental health care for patients in crisis in Bozeman when Kirchoff started practicing more than two decades ago, she said. A growing population has exacerbated the problem.

Roughly one in five U.S. adults have a mental illness, according to the National Institute of Mental Health. That means, of the more than 114,000 people living in Gallatin County, roughly 22,800 locals are living with some form of mental illness.

That number may grow in the months following the COVID-19 pandemic, which exacerbated mental health issues for people across the nation. More children and adults are reporting symptoms of anxiety and depression now than before the pandemic, according to the Kaiser Family Foundation. Young adults especially are at a higher-than-before risk of substance abuse and suicidal thoughts.

Many of those people won’t have a mental health emergency that requires long-term hospitalization — but at least some will.

For a long time, Kirchoff said, that work was done quietly. Kitchoff and Beth Sirr, a former nurse practitioner who is also heavily involved in mental health care activism in Bozeman, both said that, for a long time, their work was met with silence or apathy.

Bozeman Health administrators say a complicated problem needs a complicated solution, but top-level officials at the hospital have heard the demands.

“We are deeply and seriously considering the introduction of inpatient behavioral health care at Bozeman Deaconess Hospital,” said Jason Smith, the chief advancement officer at Bozeman Health, in a May 20 presentation at a Prospera Business Network monthly member networking meeting. “We are open to that conversation and very seriously asking ourselves, and others, what should we do and what should it look like.”

Officials with the health care system emphasize the need for the full continuum of care — meaning everything from education and preventative services to care for the most at-risk people experiencing acute mental health crises.

Bozeman Health announced in February that it was transitioning five rooms in its emergency room to dedicated short-term treatment of people with mental health emergencies. Two of those rooms will have recliners instead of more traditional emergency room gurneys and other amenities intended to make the space more relaxing and less stressful to a patient experiencing a crisis compared to the normal hustle-and-bustle of an ER.

People will be able to stay in those rooms for up to 24 hours, said Maureen Womack, the system director of behavioral health at Bozeman Health. They’re scheduled to be open to patients this fall.

Once opened, those new ER rooms — which will remain under the purview of ER doctors — will also be staffed during at least part of the day by “peer specialists,” people who have gone through similar situations and can provide a helping hand to patients.

“We know that the introduction of inpatient care seems like a clear and easy decision to make and that, on its own, it will lift (Bozeman Health) up in a really big way,” Smith said. “That may be the case, but we want to encourage all of us to recognize that there are these additional dimensions and challenges.”

The answer to whether Bozeman Health Deaconess Hospital will add an inpatient psychiatric unit isn’t yet decided, Smith said. He expects a recommendation for the hospital’s board of directors at its September meeting.

Dr. Eric Arzubi, a psychiatrist who worked at Billings Clinic and later founded the telepsychiatry business Frontier Psychiatry, said that during his time at Billings Clinic, the clinic was seeing people having mental health crises from nearly all Montana counties.

Smith said the decision making process happening now within the organization is happening faster than most.

“We are very thoughtful and deliberate in the way we consider the introduction of new programs, the expansion of existing programs and the investments into our facilities,” Smith said. “Over the last three years, we’ve taken really important and foundational steps forward … we recognize that there is still much work to be done across the entire behavioral health continuum.”

When patients need to be transported from Bozeman to inpatient mental health or addiction care facilities around the state, that transportation is often done by law enforcement.

During the May 25 meeting, Gallatin County Sheriff Dan Springer said it’s not uncommon for deputies to go into overtime hours transporting patients.

“We spend entire shifts going to Hamilton,” Springer said. “It’s not just taking them out of the community, it’s taking them an 8 hour drive away, and then we have to bring them back. It’s multiple trips.”

That also takes deputies away from Gallatin County, Springer said, and means the Sheriff’s Office has to pay for more mileage, gas and overtime than it would otherwise. All of that is shouldered by taxpayers.

An inpatient mental health facility — or even a facility in a nearby town like Belgrade — would be a major change for the better for the Sheriff’s Office, he said.

Springer has been working in Bozeman for about as long as Kirchoff has — more than two decades — and echoed her sentiment that the conversation about inpatient mental health treatment until recently seemed to be going nowhere.

“Like Dr. Kirchoff said … there is an absolute need for inpatient assistance in this town,” Springer said. “That allows for people to stay in their community, and it allows others the opportunity to not be driving all over the state.”

To see what else is happening in Gallatin County subscribe to the online paper.

You never know when your health could set you backThat’s why health insurance is a crucial investment for everyone to make. Perhaps your employer … END_OF_DOCUMENT_TOKEN_TO_BE_REPLACED 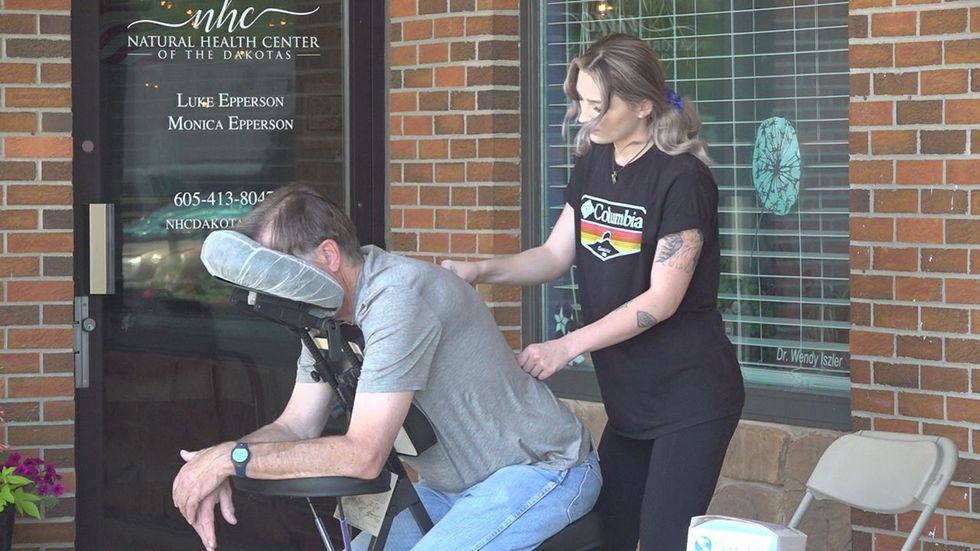 They were out raising money Friday afternoon for OneHeart in Rapid City.This is the first Summer Kick-Off Barbeque, hosted by Solutions Chiropractic. … END_OF_DOCUMENT_TOKEN_TO_BE_REPLACED