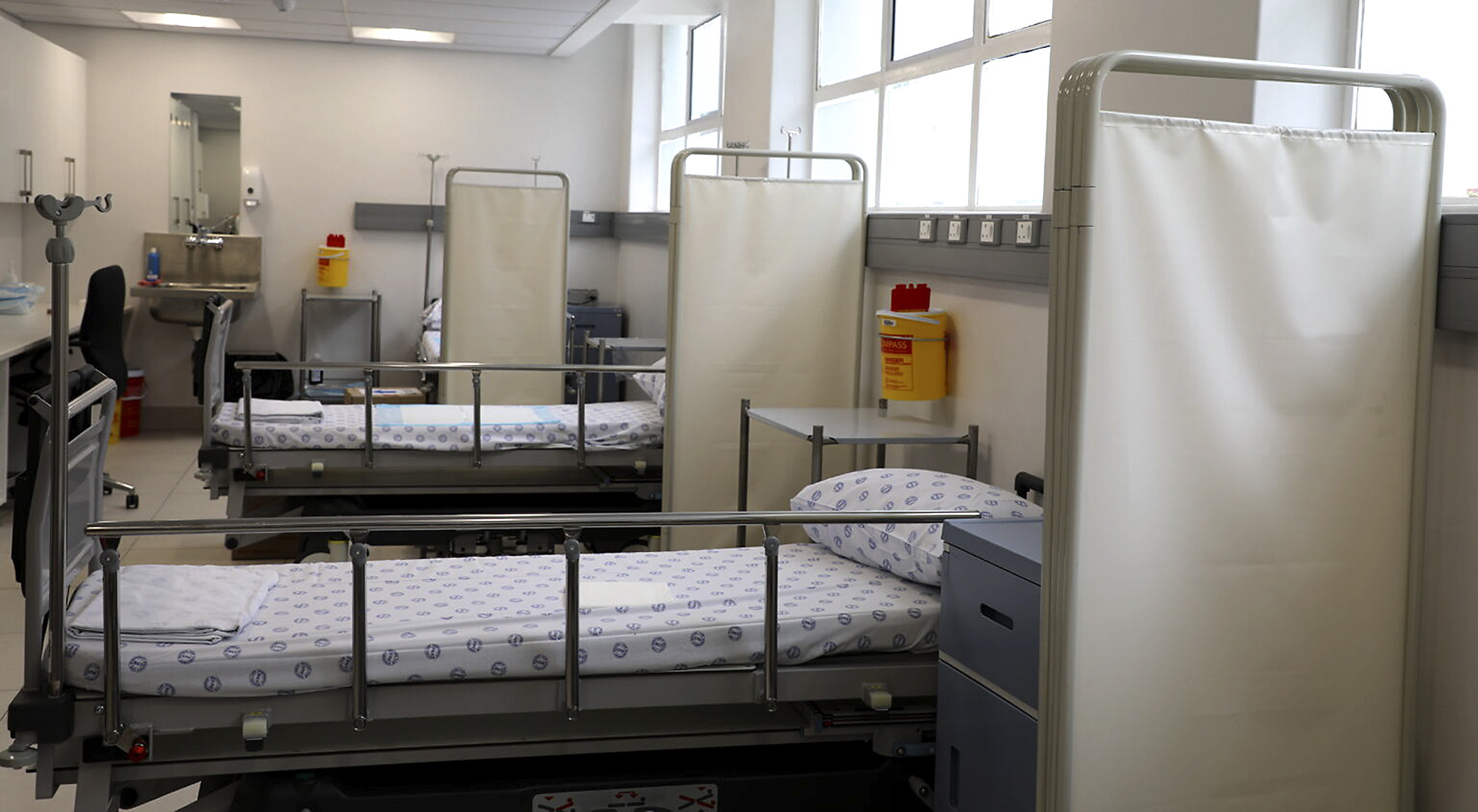 About 20% of births in South Africa are the result of unplanned or unintended pregnancies. One way to reduce the rate is for men to have a vasectomy. Siyabonga Kamnqa asks how easy it is to get one in South Africa and why relatively few men opt for the procedure.

According to Unwanted Fertility in South Africa, a recently published report from Statistics South Africa, “about 20% of all births in the five years preceding the 2016 Demographic and Health Survey (including pregnancies at the time), happened when women were not planning on having any more children”. The report shows an increase in unwanted births from 17.3% in 1998 to 20.4% in 2016.

The public sector offers various forms of temporary contraception – including condoms and birth control pills, intrauterine devices and contraceptive implants for women – although availability varies between healthcare facilities. There are no registered contraceptive pills or implants for men, but research is ongoing.

There are more permanent options such as female and male sterilisation – the latter in the form of vasectomy. According to a Lancet article, “vasectomy is simpler to perform, less invasive, safer and more cost effective than female sterilisation”.

A vasectomy – in which the sperm tubes (vas deferens) are tied off so that there is no longer sperm in a man’s semen – does not affect sex drive.

As some have argued, vasectomies offer men a way to help shoulder the burden of birth control. For example, it means his sexual partner can stop taking the pill.

Though up-to-date figures are hard to find, what evidence there is indicates that South Africa, like most African countries, has dramatically lower vasectomy rates than many other countries. (This UN Population Division report gathers much of the available data.) While less than 1% of men aged 15 to 49 have had vasectomies, the rate in many wealthier countries is more than 10%.

“We obviously are far below when it comes to our figures on vasectomies. I guess our citizens still want to expand,” said Maja.

He pointed out that the Sterilisation Act says “a person capable of consenting may not be sterilised without his or her consent”. Spotlight previously reported on instances where women living with HIV were allegedly sterilised without their consent.

Vasectomy is a surgical procedure where the sperm tubes (vas deferens) are tied off so that there is no longer sperm in a man’s semen. (Photo: spermcheck.com / Wikipedia)

How easy is it to get a vasectomy in SA?

The Department of Health’s 2020 National Integrated Sexual and Reproductive Health and Rights Policy lists male sterilisation as one of several modern contraception services that should be available in public health facilities. Maja confirmed that the service is available in public sector facilities in all nine provinces, but could not say whether the target in the 2012 National Contraception Clinical Guidelines to make it available at a minimum of one facility per district has been met.

The 2019 guidelines state: “Vasectomy is a permanent choice of contraception and, as such, requires serious consideration. It has fewer side-effects and complications than most contraceptive choices for women. It is therefore suitable for men who definitely do not want to have any more (biological) children.” They also say vasectomy is the “preferred method of sterilisation” if a couple is sure they do not wish to have any more children.

A vasectomy in the private sector typically costs a few thousand rand, depending on factors such as the type of sedation. Some medical aids cover the procedure, partially or in full.

One of the wards at the Metro Men’s Health Centre at Karl Bremer Hospital. (Photo: Supplied / Spotlight)

While we have not been able to establish how easy or difficult it is to get a vasectomy in the public sector – it probably varies significantly from place to place – there are some initiatives aimed at making the procedure more widely available, including a men’s health centre in Cape Town.

“We are trying to focus on a holistic and comprehensive list of services which would include vasectomies,” said Dr Abdul Sungay, director of the Metro Men’s Health Centre at Karl Bremer Hospital. “We saw a need as some of our clients have been asking for the service. We then approached the Tygerberg Hospital urology team who were running this service before the Covid-19 lockdown and they agreed to perform the procedures at our facility.”

Men should call and make an appointment and will then be seen by a fertility counsellor before the procedure. “They may need to go to Tygerberg Hospital for a follow-up test. Then, if all is well, the client’s next visit will be the procedure. Boys aged 15 to 18 can also access the facility for healthcare support, but they will need a guardian to accompany them.”

Danelo du Plessis, a lecturer in Stellenbosch University’s Urology Department, has been offering his services at the centre. “We do vasectomies one morning per week, with five to six per list,” he said. “I started at the men’s clinic on 3 May 2021. Before Covid-19 lockdown we were performing six per list (once a week) at Karl Bremer Hospital, for (about 10 years).” He added that the service is free and that a dedicated nurse provides extensive counselling when the booking is made. 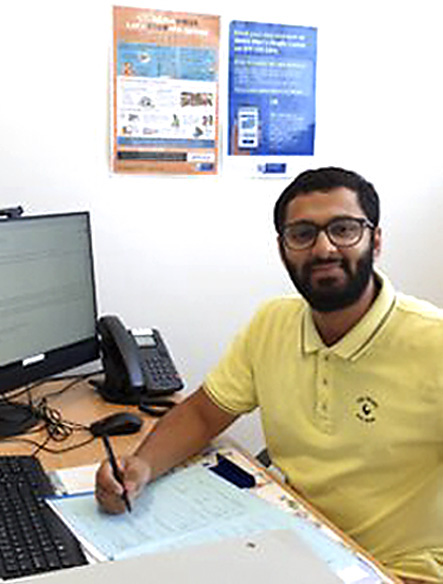 Du Plessis said that while the procedure is “very safe”, it “always carries inherited risks; in this case pain, infection and bleeding would be most common”.

The surgery, according to him, is 99% effective and takes a minimum of 10 to 15 minutes. “Only the local anaesthetic is felt, thereafter no pain. Full recovery by day five is the norm,” he said, adding that men with chronic illnesses can also have the procedure.

He explained that the procedure does not work immediately.

“The sperm remaining in the vas deferens and ejaculatory ducts needs to clear, which takes time. It is very important that men confirm that there is no sperm in ejaculation at three months post-procedure by means of a semen analysis.”

Du Plessis said a vasectomy can be reversed, but should be regarded as a permanent form of contraception, since “the reversal is not widely available and very expensive without guarantee of success”.

“We have made great strides in stressing the importance of condoms to men to avoid STIs and HIV, and with vasectomies we are encouraging men to use them to prevent unplanned pregnancies. Having said that, we are also stressing to men that condom use is still important, whether or not one has had a vasectomy.

This article was produced by Spotlight – health journalism in the public interest.

Hospitalizations to treat pediatric gun injuries are expensive, and U.S. taxpayers and the poor are bearing the price, according to a new study from … END_OF_DOCUMENT_TOKEN_TO_BE_REPLACED

To the Editor: Vaccination against severe acute respiratory syndrome coronavirus 2 (SARS-CoV-2) prevents infection and reduces the severity of … END_OF_DOCUMENT_TOKEN_TO_BE_REPLACED

BLOOMINGTON – Patches, gum, hypnosis, and sheer willpower are just some of the ways people try to quit tobacco. In honor of Men’s Health Month, help … END_OF_DOCUMENT_TOKEN_TO_BE_REPLACED