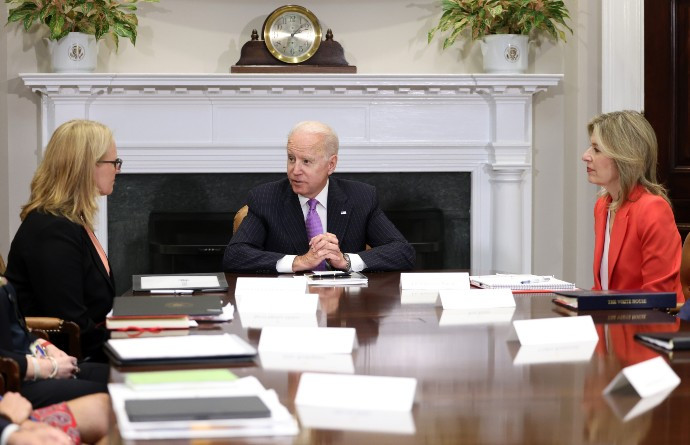 FEMA altered its application requirements after months of talks with the Centers for Disease Control and Prevention, Sen. Chuck Schumer (D-N.Y.) and Rep. Alexandria Ocasio-Cortez (D-N.Y.) about how to make it easier for people to apply.

FEMA rolled out the $2 billion pandemic funeral assistance program in April, using money from a $2.3 trillion spending package that former President Donald Trump signed in December 2020. FEMA has run similar programs after hurricanes and other natural disasters but the scale of the Covid-19 reimbursement program raised fears internally that people would try to scam the system.

As of May, more than 200,000 people had sought reimbursement of up to $9,000 per family for Covid-19-related funeral expenses. FEMA said in a statement Tuesday that the agency has awarded more than $447 million in assistance to 66,800 applicants with demonstrated financial need.

But as POLITICO recently reported, eligibility had been limited to those who have death certificates stating that their family member’s death was caused by, “may have been caused by” or “was likely a result of” Covid-19 or Covid-19-like symptoms.

Thousands of Americans seeking Covid-19 funeral assistance had been denied aid because their family members’ death certificates do not list Covid-19. At the beginning of the pandemic, doctors were still learning how to diagnose the disease and testing was limited. Many of the death certificates in that time frame did not include Covid-19.

Until this week, FEMA had told applicants in this situation that they must have the death certificates amended in order to receive reimbursement. But many doctors, medical examiners and coroners are not willing to change a person’s official cause of death unless they have definitive proof.

For deaths occurring after May 16, 2020, individuals must submit a death certificate that attributes their family member’s death to Covid-19.

MARQUETTE — There’s never a bad time to think about your mental health: Where it stands, how you can improve it, and where to go for help if you need … END_OF_DOCUMENT_TOKEN_TO_BE_REPLACED