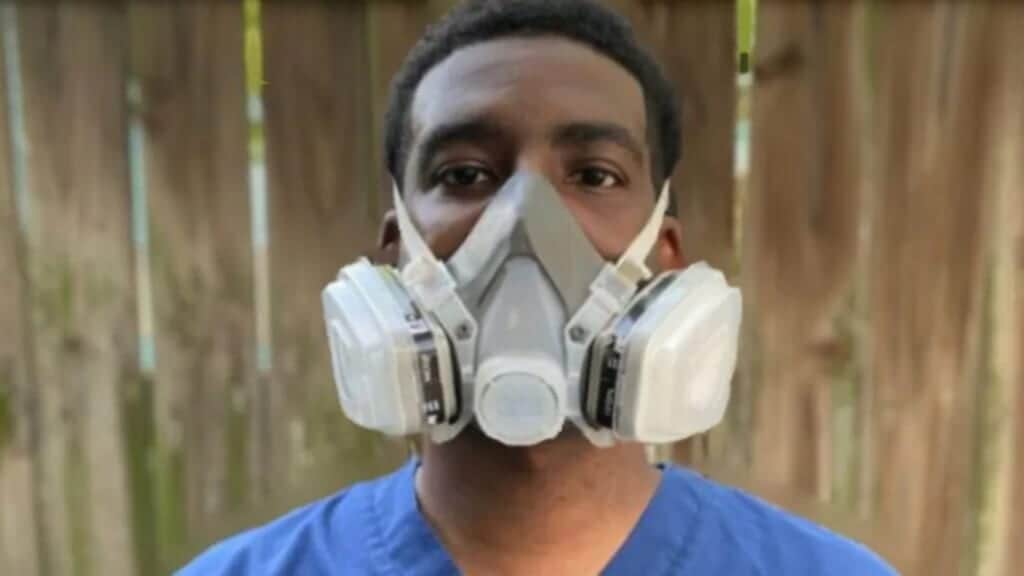 International Men’s Health Week is recognized each year the week leading up to Fathers’ Day in an effort to heighten awareness of preventable health problems among men and boys and encourage early detection and treatment of disease.

In honor of Men’s Health Week, Fathers’ Day and Juneteenth, theGrio spoke to Dr. Denrick Cooper, director of international emergency medicine based in New Orleans, Louisiana, who is affiliated with multiple hospitals in the area. He shares the five ways Black men can improve their overall health.

“The most important thing,” says Dr. Cooper, “is making sure you’re secure in yourself mentally, especially since the start of the pandemic. We see a lot of stuff in the emergency room from across the board, but many people are there for issues stemming from mental illness.”

According to the U.S. Department of Health & Human Services, the death rate from suicide for Black or African American men was four times greater than for African American women in 2018. And in 2019, suicide was the second leading cause of death for Black teens and young adults ages 15 to 24.

“It’s about recognition and then taking it a step further by becoming comfortable with asking for help. Toxic masculinity affects the entire population to a certain degree, including men, making it less common for men to ask for help outside of themselves.”

Which leads us to health tip #2…

In his role, Dr. Cooper has cared for patients throughout the diaspora, and one cultural difference he’s observed is that American society places less emphasis on community support than many other countries.

“In a country where systemic racism keeps Black people, specifically Black men, in a constant state of fight or flight having to deal with the pressures and dangers of society all while striving to maintain and provide for a family,” Cooper says, “these perpetually elevated levels of stress hormones impact negatively upon not only Black men’s mental health, but their physical health as well, in the form of Type 2 diabetes which kills Black men at a rate twice that of their white counterparts.

Dr. Cooper suggests that a key factor to combating societal stressors is through community.

“Working in Liberia and Uganda, especially in more rural areas where the network of families is paramount to everyone’s survival, I’ve noticed that it’s common for everyone within the family unit to help the family unit prosper.”

He adds, “One way men can build that community here in the States is by allowing oneself an openness to forming strong bonds — family bonds, but then also in your community. Being known in the community, being known as a helper, interacting with your neighbors, people that you go to church with or meet in the supermarket, helps build that network, that support system, that community.”

Beyond turning to your community for help, Dr. Cooper advocates turning to the internet.

“For anyone who is able to get access to the internet, use it to your advantage to find out what is available in terms of health coverage.”

Dr. Cooper informs that “if you don’t know where to begin, take out your phone and start Googling. Check with the CDC or the public health board for your state and any local organizations set up to put you in the best position to get access.”

Here are a few online resources that can be used as a starting point:

These vast inequities within the American healthcare system lead to not only access barriers, but also generalized mistrust due to histories of personal and systemically violent racist medical practices – i.e. J. Marion Sims experimenting on Black women and the Tuskegee Syphilis Study experimenting on Black men. So it is understandable why some Black men and women opt to only go to the hospital for emergency situations.

According to Dr. Cooper, “All too often in the emergency room, in the Black communities where I work, many patients come in with these end-stage diseases, whether it be diabetes or hypertension, that were recognized too late because the patient hasn’t seen a doctor in 15, 20 years.”

He adds, “I can’t stress enough the importance of having a primary care provider that you trust who can monitor these acute ailments over time like, ‘I’m noticing your blood pressure is pretty high. You might need to be on medication or you might need to change your behavioral habits and start eating a diet less in sodium.’

The primary care physician would also be able to schedule important preventative screenings such as a 50-year colonoscopy.”

Lastly, but most certainly not least, Dr. Cooper reminds us all that although things are opening back up, we are still in the midst of a pandemic that has statistically affected Black communities the most over the past year and a half.

“I encourage people to please educate yourself and consider getting the vaccine. And if not, at least continue using public health proven social distancing measures and mask-wearing. It’s going to be a hot boy and hot girl summer, and we don’t need a spike in COVID to put an end to that.”

The post Men’s Health Week: Five things Black men should do for their health appeared first on TheGrio.

MARQUETTE — There’s never a bad time to think about your mental health: Where it stands, how you can improve it, and where to go for help if you need … END_OF_DOCUMENT_TOKEN_TO_BE_REPLACED