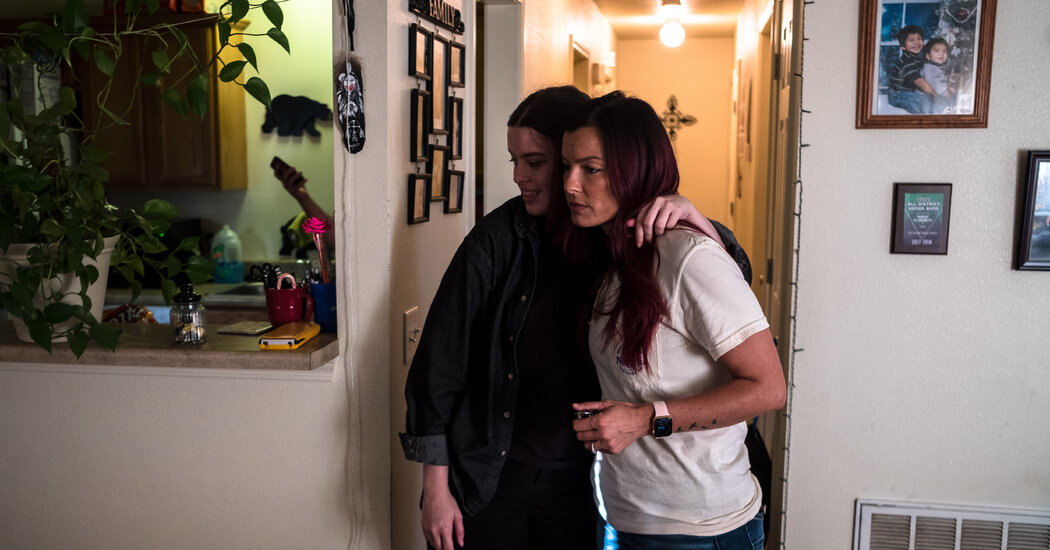 “This worked out perfectly,” she said. “We would not have been able to continue to see Dr. Ward and continue care with him if we didn’t have Medicaid expansion.”

For Jonathan Martin, 37, his family of five in Park Hill, Okla., lost their health insurance after he was laid off from his job in March because of the pandemic. Soon after, Mr. Martin, a diabetic, contracted Covid-19 and nearly died following a weeklong stint in the hospital with pneumonia and weakening kidneys.

His wife, Adrian Martin, 30, said her husband recovered but the mental strain that the virus had caused left him needing behavioral health treatment. He was afraid to leave his home for fear of catching the virus again and dying, she said. Without insurance, Ms. Martin said, they were unable to find him the help he needed in the tribal health care system, which she said had a long waiting list for such care.

After qualifying for Medicaid expansion, Ms. Martin was able to obtain the free coverage for her family and get her husband into therapy.

“It is a relief to know that if something happens again,” she said, “I won’t be worrying about trying to find a way to get my husband treated.”

Dana Miller, the director of tribal government relations at the Oklahoma Health Care Authority, said the state had been working with its tribal partners to enroll as many people into the program as it could, especially in its most rural and remote communities. Those who earn less than 138 percent of the federal poverty level — currently about $18,000 a year for an individual or $36,000 for a family of four — are eligible.

“Some folks in rural areas don’t have access to internet or a computer and they need help on filling out documentation,” Ms. Miller said.

MARQUETTE — There’s never a bad time to think about your mental health: Where it stands, how you can improve it, and where to go for help if you need … END_OF_DOCUMENT_TOKEN_TO_BE_REPLACED