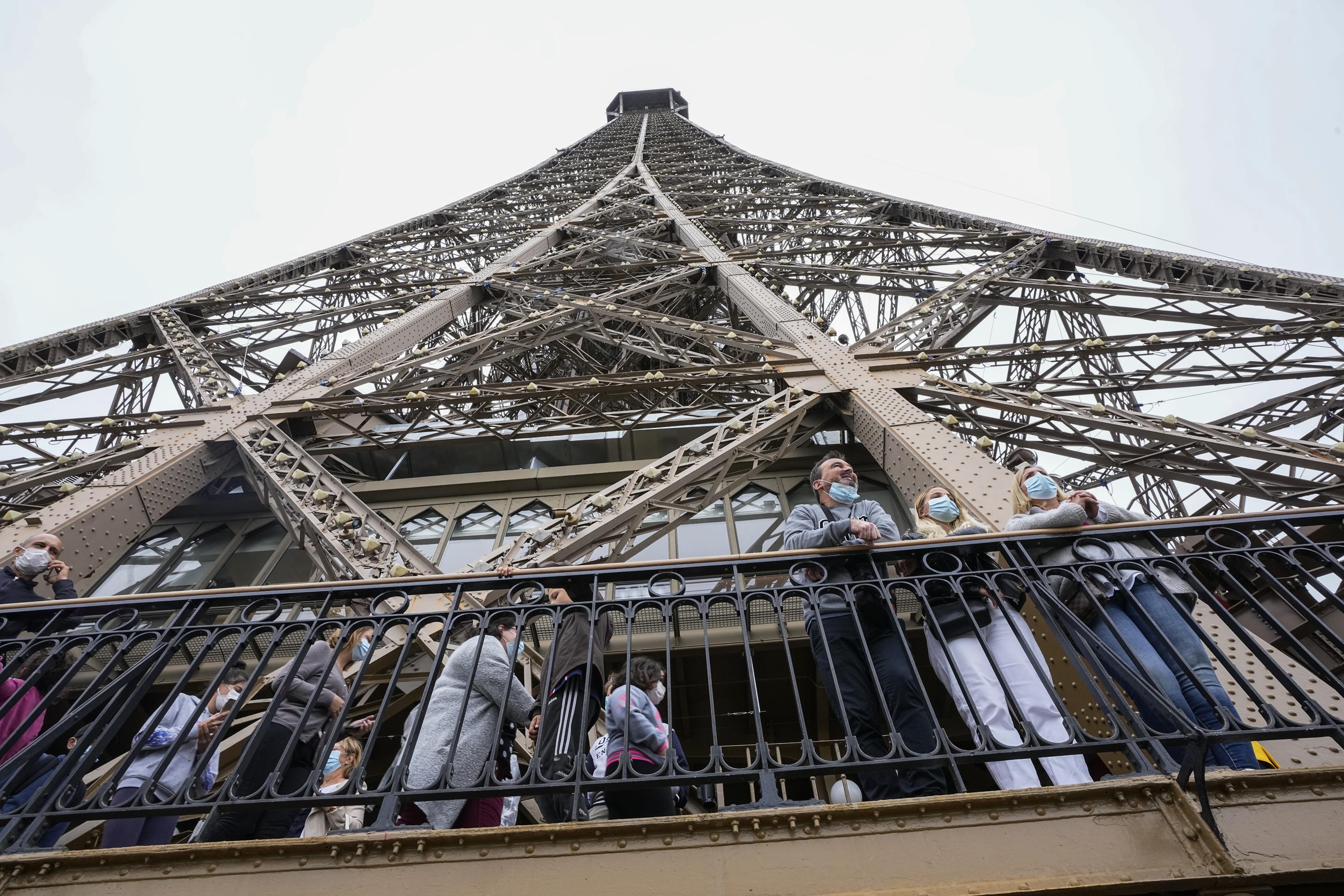 PARIS (AP) — Visitors need a special COVID pass to ride up the Eiffel Tower or visit French museums or movie theaters from Wednesday, the first step in a new campaign against what the government calls a “stratospheric” rise in delta variant infections.

To get the pass, people must show they are either fully vaccinated, have a negative virus test or proof they recently recovered from an infection. The requirement went into effect Wednesday at cultural and tourist sites, following a government decree.

President Emmanuel Macron wants to rush through legislation to mandate the pass for restaurants and many other areas of public life, as well as requiring that all health workers get a jab. The lower house of parliament starts a debate on the bill Wednesday.

It has prompted resistance in some quarters, and anti-vaccination protesters are planning a demonstration Wednesday.

France’s daily infections dropped sharply in the spring but have shot up again over the past two weeks, and some regions are re-imposing virus restrictions. The government is worried that pressure will grow on hospitals again in the coming weeks.

MARQUETTE — There’s never a bad time to think about your mental health: Where it stands, how you can improve it, and where to go for help if you need … END_OF_DOCUMENT_TOKEN_TO_BE_REPLACED