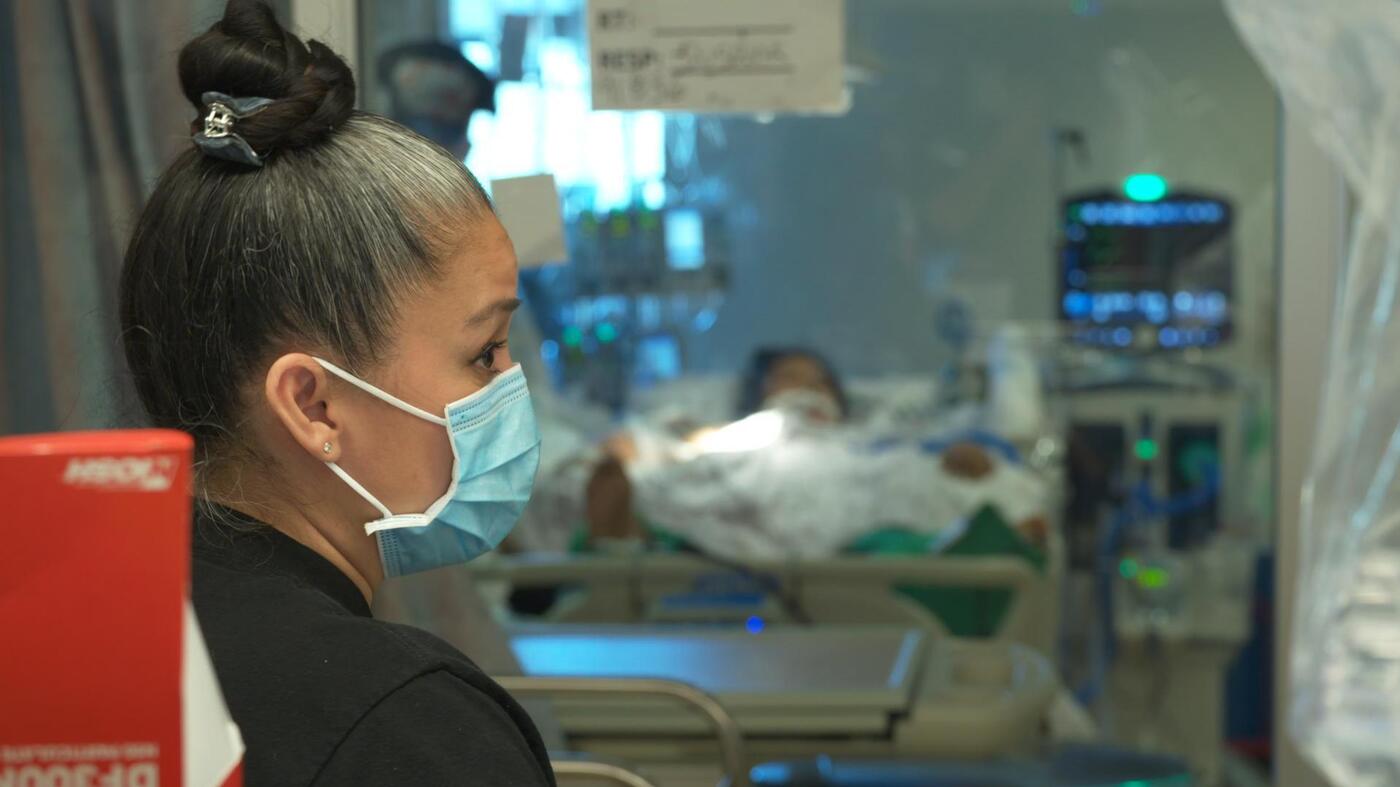 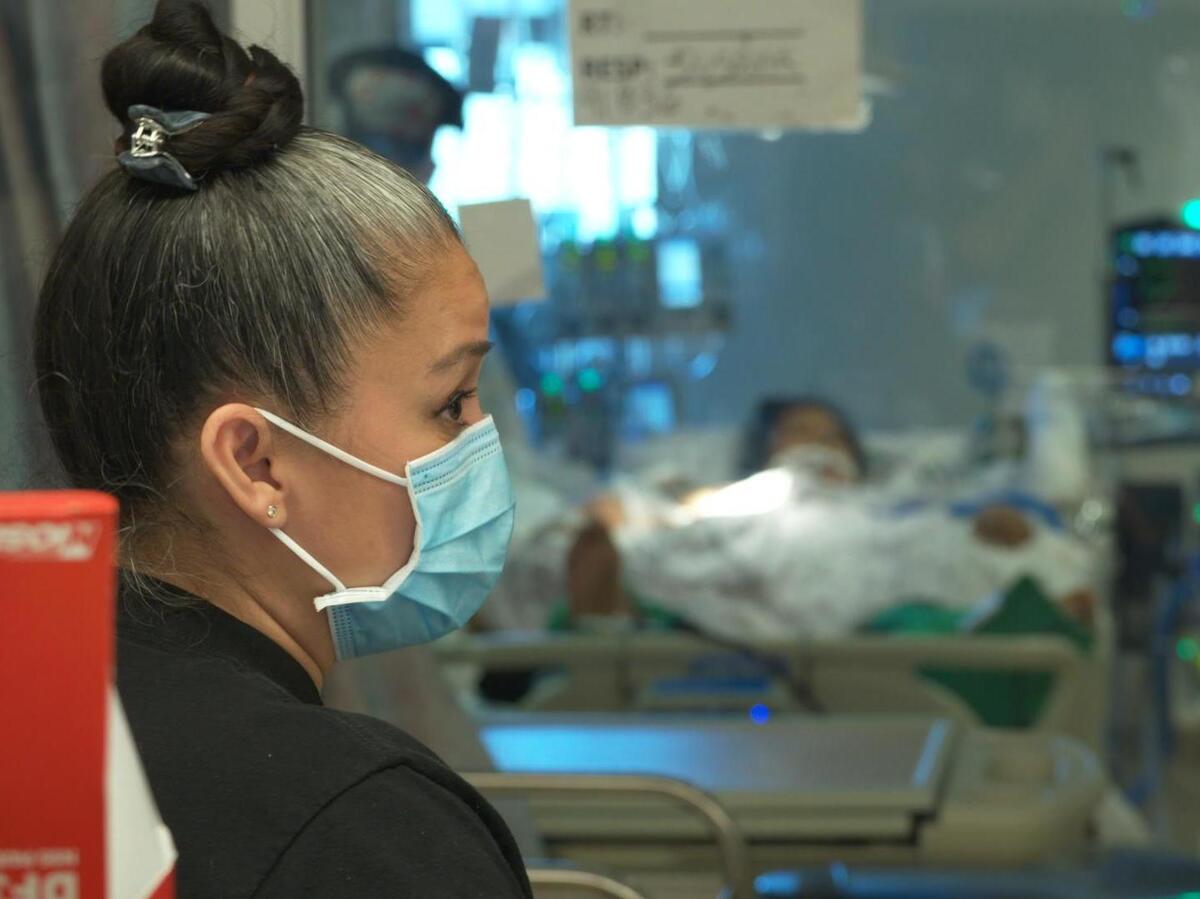 Within an intensive care unit COVID-19 of the LAC-USC Medical Center.

COVID has focused on disparities in U.S. health care and large urban hospitals affected by the pandemic.

But many of these “safety net” hospitals, whose main mission is to care for low-income working communities, have been in crisis for years.

This month, The health division, a research by FRONTLINE, NPR and the American University Research Reporting Workshop, examines market forces and unequal government support deepening the healthcare division, with profits in some booming hospitals, while many networks security fight to stay afloat.

“I think we’re on the brink of a precipice,” Dr. Bruce Siegel, president of America’s Essential Hospitals, says in the film. “Even before the pandemic, many of these [safety-net] hospitals were losing money and the pandemic will only get worse. “

“Unless there is a substantial change in the way safety nets are funded, things will simply continue in their direction, which is a big disparity in the way patients are cared for,” says Dr. Chris Young. , chief of medical staff at Erlanger, Chattanooga Safety Network Hospital, Tennessee. “This division will only grow.”

The health division, a documentary by FRONTLINE producers Rick Young, Emma Schwartz and Fritz Kramer and NPR correspondent Laura Sullivan, will premiere on Tuesday, May 18 on PBS (see local listings) and online. NPR will broadcast a story as part of this joint investigation that day on All Things Considered (see local broadcast stations and schedules and NPR.org/stations).

FRONTLINE, NPR and the Investigative Reporting Workshop have previously collaborated on numerous projects, most recently in Plastic Wars, an investigation into how the plastics industry publicly promoted recycling as a solution to the waste crisis despite the internal doubts of the industry, from almost the beginning, plastic recycling can be economically viable. Other collaborative projects have included an in-depth look at Trump’s trade war with China and research on the relief efforts of Hurricane Maria and Hurricane Sandy (Blackout in Puerto Rico and Business of Disaster) and the affordable housing crisis in the United States (Poverty, Politics and Profit).

Now, a The health division, this award-winning team examines why some hospitals thrive and others are in disrepair.

“For me it’s a bit unfathomable how a hospital system could make a huge profit in the midst of a COVID pandemic,” says Dr. Brad Spellberg, chief physician at the safety net hospital, LAC-USC Medical Center, where The documentary shows the heavy load that COVID took during the winter hike earlier this year. “This system itself makes no sense and when you have a system that makes no sense, there will be winners and there will be losers. Is that how you want them to give you your health care?”

The documentary traces the history of the Erlanger safety net hospital, whose struggle to stay afloat led him to focus on more cost-effective aspects of health care, raising concerns among staff about the dedication of the hospital to its main mission.

“We saw patients in the hallways and in the waiting room,” says Dr. Sudave Mendiratta, Eranger’s chief of emergency medicine. “It became very clear that spending money as an organization to gain market share and increase volume was not effective in providing quality care.”

The film also takes viewers to the heart of the healthcare industry: Nashville, where more than 50 years ago they rooted for for-profit hospital chains, the most prominent of the Hospital Corporation of America, HCA. As the research shows, the growth of these hospital chains and the subsequent consolidation of the for-profit, non-profit industry has created a progressively competitive environment that has made it more difficult for safety net hospitals to meet the their mission and stay afloat.

“So this dynamic that you have today in American health is that rich hospital systems can invest [profitable business lines]Siegel is able to attract more commercial and privately insured patients. It makes it even more profitable and then they can invest even more. So you have the situation where you really have two levels in a way, rich hospitals are getting richer and poor hospitals are getting poorer. ”

Says Jeff Goldsmith, a long-time health consultant, “The real problem is that inequalities in society as a whole have gotten to the point where we really need to address them. Disparities in hospital circumstances are the result of failure. of social and political policy. That’s what I think. I’m not going to blame hospitals. ”

The documentary also explores how Medicaid reimbursements in hospitals are often lower than those made by private insurers and how this has made it difficult to cover costs for safety nets. To help offset Medicaid losses and care for the uninsured, the government provides many hospitals with additional funding, called supplementary payments. But the team discovers how in Tennessee this program is not up to date with the rising costs faced by safety nets.

“Your findings show that in Tennessee there is obviously something worth examining,” says Diane Rowland, a former senior congressional advisor on Medicaid. “I suspect similar differences would be found between other states.”

After all, the fact that Medicaid pays hospitals less than private insurers “is entirely the result of the structural racism embedded in the fabric of how we pay for health care and how the Medicaid program has been underfunded over time. “says Siegel. .

The health division premieres Tuesday, May 18, at 10/9c on PBS stations and will also be available for playback on the FRONTLINE website, YouTube, and the PBS video app. NPR will broadcast a story as part of this joint investigation that day on All Things Considered (see local broadcast stations and schedules and NPR.org/stations).

Credits
The Healthcare Divide is a FRONTLINE production with the American University School of Communication Research Information Workshop, in collaboration with NPR. The writer and director is Rick Young. The producers are Emma Schwartz and Fritz Kramer. The correspondent is Laura Sullivan. The senior producer is Frank Koughan. FRONTLINE executive producer is Raney Aronson-Rath.

About FRONTLINE
FRONTLINE, the oldest research documentary series on American television, explores the issues of our time through accounting explanations. FRONTLINE has won all major journalism and broadcast awards, including 95 Emmy Awards and 24 Peabody Awards. Visit pbs.org/frontline and follow us on Twitter, Facebook, Instagram and YouTube for more information. FRONTLINE is produced at GBH in Boston and aired nationwide on PBS. FRONTLINE funding is provided through the support of PBS viewers and the Corporation for Public Broadcasting. The Ford Foundation provides great funding for FRONTLINE. The Abrams Foundation provides additional funding; the John D. and Catherine T. MacArthur Foundation; Park Foundation; and the FRONTLINE Journalism Fund with the strong support of Jon and Jo Ann Hagler on behalf of the Jon L. Hagler Foundation.

As for NPR
NPR, which is celebrating its 50th anniversary this year, is widely known for its rigorous reports and unparalleled narratives that connect with millions of Americans every day, on the air, online and in person. NPR strives to create a more informed audience: one that is challenged and energized by a deeper understanding and appreciation of events, ideas, and cultures. With a national network of award-winning journalists and 17 international offices, NPR and its member stations are never far from where a story unfolds. Listeners can find NPR by tuning in to their local member stations (npr.org/stations) and now it’s easy to hear our stories on smart speakers. Ask your smartphone to “Play NPR” and tune in to the live broadcast from your local member station. Your speaker can also access the NPR, NPR One, NPR News Now, and Visual Newscast podcasts available for projected speakers. Learn more at npr.org/about and follow NPR Extra on Facebook, Twitter and Instagram.

Regarding the Investigative Reporting Workship of the American University

The Investigative Reporting Workshop publishes in-depth stories on government and business accountability, on topics ranging from the environment and health to national security, immigration, and the economy. The nonprofit news site was founded in 2008 by long-time investigative journalist Charles Lewis, who continues to report and write for the site and national publications. One of the goals of IRW is to train the next generation. To this end, IRW combines graduate students as researchers and reporters with professional staff at the Washington Post and FRONTLINE (PBS). The Healthcare Divide is the 14th IRW co-production with FRONTLINE and filmmaker Rick Young and his team.

MARQUETTE — There’s never a bad time to think about your mental health: Where it stands, how you can improve it, and where to go for help if you need … END_OF_DOCUMENT_TOKEN_TO_BE_REPLACED