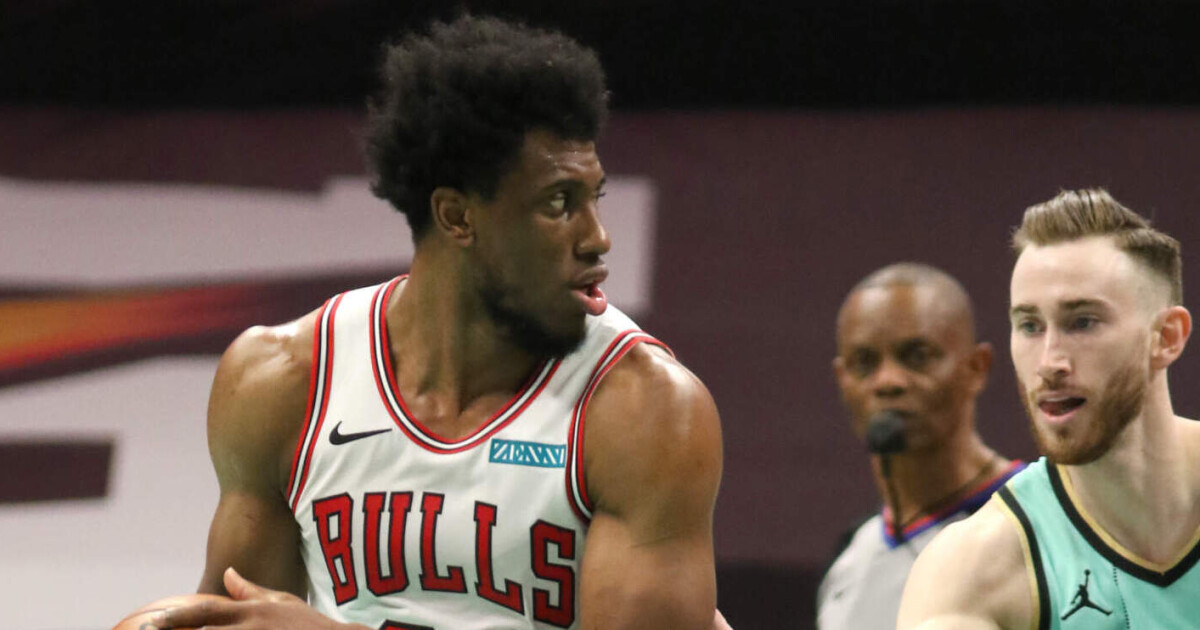 THE FLATS – Derrick Favors comes up big for the Jazz in playoff opener … One vote for Thaddeus Young as NBA’s top sixth man … Josh Okogie and the Wolves remain busy after season ends … Chris Bosh reveals how he tamed his ego … more in this week’s #ProJackets Report.

Fast-forward to Sunday’s Game 1, and [Derrick] Favors was one of the only bright spots in the Jazz’s playoff-opening loss to the Grizzlies. He looked fluid in his movements — springy even. A third quarter dunk showed the best of what Favors could be: he collected a low pass from Mike Conley, dribbled it up into his hands, then exploded through traffic for a finish.

Favors finished with 12 points and 11 rebounds in his 23 minutes on the floor; it was his third-highest minutes total of the season because of Gobert’s foul trouble. And Favors’ defense shone too, perhaps not as highly as Gobert’s, but Favors’ four blocks kept the Jazz in striking distance.

ONE VOTE FOR THADDEUS YOUNG FOR SIXTH MAN OF THE YEAR

Young did receive two 3rd-place votes for the award! The big man finished the season with one of the best campaigns of his 14-year career, averaging 12.1 points, 4.3 assists (career-high), 6.2 rebounds, and 1.0 steal per game. His 56.7 percent effective field goal percentage was also a career-high. I’m honestly a tiny bit surprised he didn’t receive a little bit more recognition in the final vote tally, but the Bulls’ lack of success mixed with the fact that he ended up starting 23 games probably pushed him down the list. If we are talking about the sheer impact on winning, though, Young was easily one of the league’s top off-the-bench contributors. His On/Off differential finished at a +10.7, which ranked in the 97th percentile, per Cleaning the Glass. FWIW: Clarkson finished with a -7.3 differential and Ingles with a +2.0. Rose, the third-place finisher, had a +10.6 during his 35 games with New York. Again, I totally understand why Young found himself practically off the ballot, but he was one of the most coveted trade deadline names for a reason.

Young gets A-plus grade with Bulls

WOLVES’ SEASON OVER, BUT OKOGIE AND TEAM REMAIN ACTIVE

Now, marking the one-year mark of Floyd’s death, Sports Illustrated’s Michael Pina penned a piece covering the Wolves’ response as an organization, including both their immediate reaction in the wake of the tragedy and their continued efforts to affect change.

“[Okogie has] spent the entire season going out of his way to educate himself on law enforcement, peppering the Timberwolves director of team security Tony Adams—a retired, 30-plus year veteran of the Minneapolis Police Department who was promoted in December to his current role—with questions.

What are the requirements to be a police officer? What are police officers trained to do? When it came to Floyd’s death, Okogie wanted to know whether there was anything else that could have been done by the officers who were on the scene, and how Floyd’s alleged use of a fake $20 bill could possibly lead to the cruelty that then occurred.

HALL OF FAMER BOSH REVEALS HOW HE TAMED HIS EGO

From an exclusive excerpt in Men’s Health magazine…

“Ego is one of those things that’s hard to define exactly. But you know it when you see it.

And it’s never something good to see in your coaches, your teammates, or your friends. It’s what makes coaches yell at kids for no reason. It’s what turns promising young players into ball hogs. It’s what makes people—on the court and off—act like jerks.

And what’s especially dangerous about ego is that, as easy as it is to see in other people, it’s really hard to see in the mirror. Ego could be distorting your life, your relationships, your game right now—and unless you’re really good at introspection, you’d have no idea.”

MARQUETTE — There’s never a bad time to think about your mental health: Where it stands, how you can improve it, and where to go for help if you need … END_OF_DOCUMENT_TOKEN_TO_BE_REPLACED