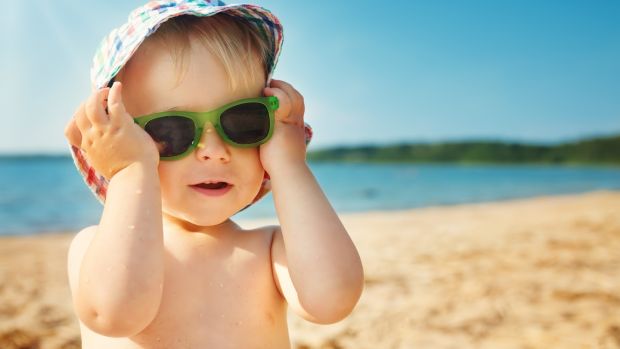 This summer, The Irish Times will offer tips, advice and information for parents on how to help their children thrive during the holiday months. Read all about it at
irishtimes.com/summeroffamily

What is ‘heat exhaustion’?

It’s in the middle of a spectrum ranging from heat stress to heat stroke. Children are more vulnerable than adults to all of these stages because their bodies heat up quicker and they are not as efficient at self-cooling ie they don’t sweat as much.

“Heat stress is when you feel a little bit challenged by the temperature and you’re a bit uncomfortable but you’re not sick,” says Dr Carol Blackburn, consultant paediatrician in emergency medicine at Children’s Health Ireland (CHI) at Crumlin.

The next step along the line is heat exhaustion, when children will start to feel unwell. Their temperature may rise above 38°C; they start to sweat and become thirsty. “They might get confused and headachy; they might even faint and feel nauseated.”

At the extreme end of the spectrum is heat stroke, which is a life-threatening medical emergency. The body gets hotter and hotter, while severe dehydration causes the child to be confused and delirious.

“They are essentially in shock and organs start to shut down,” says Blackburn. “For most of our children it’s ‘heat stress’ if they’re exercising and ‘heat exhaustion’ if they’re out there too long.” Babies are particularly prone to heat exhaustion.

Where does sun stroke fit into this?

Sun stroke is when a child’s skin burns in direct exposure to the sun outdoors and then there are accompanying symptoms of weakness, fatigue and nausea or vomiting, which are also signs of heat exhaustion. Whereas, heat exhaustion and heat stroke can happen indoors as well as outdoors, as the HSE’s mychild.ie website points out.

“Any environment that is too warm can lead to these conditions, including in a car or near a window on a hot day.”

Okay, but surely in this summer of the “staycation”, we really don’t need to worry about all of this?

You might be surprised but we do. Every summer, GPs here see children who have been badly sunburned and emergency departments of paediatric hospitals treat cases of youngsters suffering from heat exhaustion

“We see sun stroke more then we see heat exhaustion,” says Dr Nóirín O’Herlihy, a GP in Mallow, Co Cork and assistant medical director of the Irish College of General Practitioners. “We would see a lot of people with sun burn coming into us who may have fatigue, nausea or vomiting or headache with it.

“Children, older people, people with chronic illnesses and people on certain medications such as beta blockers and diuretics are among those most vulnerable.”

So, prevention starts with plastering sun cream on my child?

Yes, and you’d hope at this stage of awareness-raising that any parent would automatically be applying sunscreen on their child. But sensible precautions don’t stop there.

Also do note that babies up to six months old should be protected from sunlight by using shade and clothing rather than sunscreen because their skin doesn’t absorb sunscreen as well as older children, according to HSE advice. But, if it’s not possible to avoid your baby being in sunlight, do use it.

The HSE’s SunSmart campaign focuses on the risk of skin cancer but over-exposure can cause short-term as well as long-term damage. Blackburn reports that while they see fewer cases of sunburn now among children than they did five years ago, they do continue to come into the hospital during any bout of fine weather here. “I think we are better at taking it seriously when we are leaving the country,” she remarks.

Although, in the past, parents may have thought it wasn’t necessary to use sun screen unless they were abroad, now they are more likely to dutifully put factor 50 on their children in Ireland, she acknowledges, but often the problem is they only apply it once. That’s not enough if a child is out all day, or in and out of water. Ignore their protestations and make sure it’s reapplied regularly.

Babies should be covered up because their skin does not properly absorb sun cream.

What are the other precautions?

A hat, sun glasses where appropriate and limiting children’s time outdoors or in direct sunlight during the hottest part of the day (11am to 3pm) and plenty of fluids are additional necessary safeguards against sunburn, heat stress and escalation into heat exhaustion. All the children’s summer camps are running outdoors this year, so it’s essential organisers and parents between them make sure children have sufficient sun protection, enough water to drink and get regular breaks in the shade.

While heat stress in young athletes would be a common occurrence in, say, the US and Australia, we don’t see much of it here, says Blackburn. A lot of children’s sporting activities are seasonal and there tend not to be as many organised matches during the summer.

“For children prevention is the main thing,” says O’Herlihy. Children get sick quickly, “whereas if you can catch them in the earlier stages, it is much easier to look after them”.

She also warns that if your family is moving from a cool environment to a hot environment, be aware that it takes time for children’s bodies to adjust, so expose them to the heat slowly.

What should I do if there are worrying signs in my child on a hot day?

Remove the child from the heat source – be that sunshine or an overheated car or room – and put them in a cool place and in cool clothing. Rehydrate with water, or possibly a rehydrating solution with salt and sugar in it, says O’Herlihy. Cooling their skin with cold water is included in the advice on the HSE’s mychild.ie.

If the symptoms are mild, with the child just feeling uncomfortable, a bit thirsty and sweaty, this will normally sort them out.

However, if they don’t improve within 30 minutes of doing this, says Blackburn, particularly if they start to become confused or have developed a headache that is not settling, or if they were to faint, then parents should seek medical attention. Depending on where you are, that could be the family doctor or an urgent care centre.

If it’s the severe end of the scale, such as confusion and delirium, then the child should be brought to the emergency department of a hospital, she advises.

What can be confusing is that no sweating in an overheated child is a bad sign. Sometimes a parent finds it hard to know if a child is too hot, if they’re not sweating, says O’Herlihy, who lists other danger signs as being very lethargic or rapid breathing.

Do I need to worry about my baby even at night?

Be aware that rooms in which babies are sleeping could easily become too warm on these summer evenings if windows are kept shut – unless there’s air conditioning, which is unlikely in a private home.

“The ideal sleeping temperature for children is actually quite cool, about 16°C,” says Blackburn, who suggests we tend to be “winter ready” all year round in Ireland and wrap up babies well in Ireland.

“At this time of the year, babies probably don’t need blankets on them in the cot at night – they just need a light covering as they can get overheated when asleep. They can experience heat stress and exhaustion just from being too hot and the ambient temperature.”

If it’s “just” sunburn, what can I do for my child at home?

Applying moisturiser to the skin to hydrate it will help, along with drinks to hydrate from within. But if the skin is badly burned, ie blistering appears, the child may need to see a doctor, says O’Herlihy. And, of course, if it is that bad, you need to be watchful for signs of heat exhaustion. 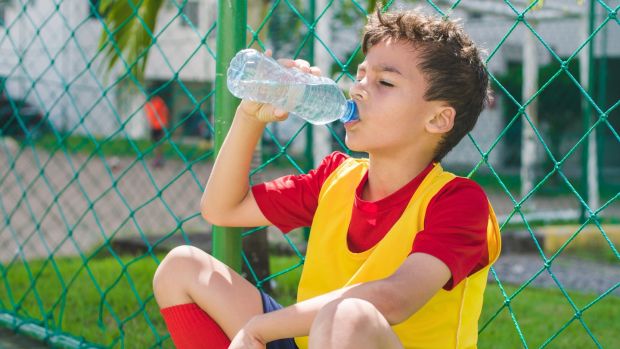 Children get sick quickly; if you can catch them in the earlier stages, it is much easier to look after them.

Never leave a child in a car

Heart-rending stories about children dying from heat stroke in cars was something most of us thought could only happen abroad, until one case hit the headlines here.

The tragic case of baby Chloe Fogarty in Co Tipperary, left in the back of a car after her father apparently forgot to drop her at the creche on a very warm May day in 2017, seemed to fit the pattern of a global phenomenon. On average, according to the US National Safety Council, 38 children under the age of 15 die there each year from heat stroke after being left in cars. More than half of these fatalities are believed to be instances of responsible, loving parents forgetting their child was there.

Dr David Diamond, a neuroscientist at the University of South Florida, has studied such cases in depth. He believes such forgetfulness is akin to operating on auto pilot, when what we usually do wins out in a competition in the brain against what we had planned to do. If you have ever found yourself driving a route you normally take when you meant to go somewhere else, you’ll understand.

In interviewing bereaved parents who had left children in cars with fatal consequences, Diamond observed common factors included some change from the routine and sleep deprivation. He also found some had a “false memory” of dropping off the child, because that is what they had intended to do, before being confronted with the horror of what they had actually done.

These rare but too-awful-to-contemplate fatalities underline the dangers of leaving children in cars.

A parked car can heat up by at least 10°C in just 10 minutes, warns the HSE in its advice about heat stroke. Opening the window of a parked car does not keep the inside of a car cool enough.

Internal organs start to shut down when the body’s temperature reaches 40°C. Death can occur when it reaches 41.7°C.

The simple advice is never leave a child in a car. In rural areas, where there may be less concern about “stranger danger”, people might be tempted to leave a child to sleep on after a trip, thinking an open window would be suffice to keep cool, but don’t do it, says Co Cork GP Dr Nóirín O’Herlihy.

Read: Before you go out into the sunny weather, read this

MARQUETTE — There’s never a bad time to think about your mental health: Where it stands, how you can improve it, and where to go for help if you need … END_OF_DOCUMENT_TOKEN_TO_BE_REPLACED