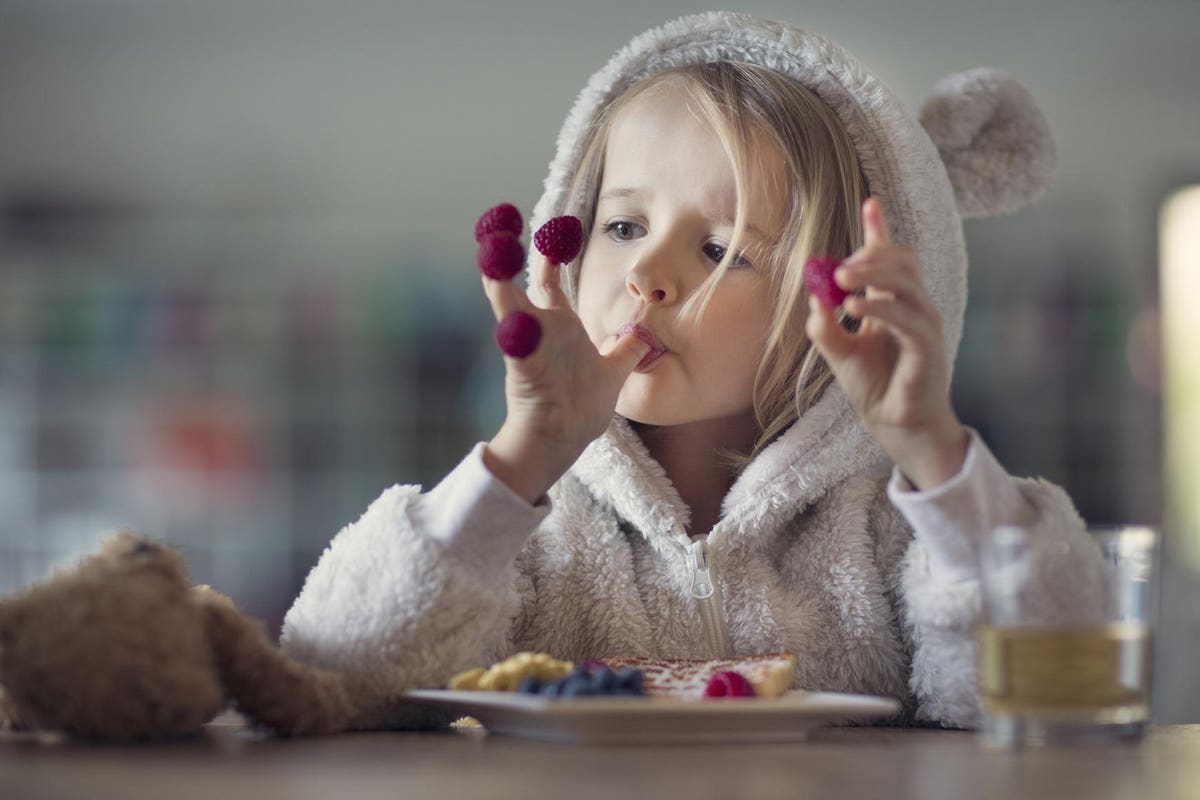 Research has found that 53 percent of young American girls report having negative feelings about their bodies. By the time they reach the age of 17, that number grows to 78 percent. And boys are not immune to this negative self-talk. Approximately 30 percent of elementary school boys say they wish they could lose weight.

Raising a healthy child can be difficult enough. But raising a child who feels good about their healthy body can be a whole other challenge many parents don’t know how to conquer.

“Body image struggles are common among teens as they correspond to rapid developmental changes in the body, more focus from oneself and others on those changes, and feelings of unfamiliarity with those changes,” explained Harvard-trained psychologist Sabrina Romanoff, PsyD. “This is only magnified in the digital world where curated and edited images of others make the unattainable or perfection seem like the norm.”

She said this can be dangerous for teenagers because they are often comparing their own bodies to unrealistic portrayals. They don’t realize that, though, and feel shame when they don’t think their bodies match up.

Women’s health physiotherapist Melanie Stevens Sutherland, clinical director and senior physiotherapist of Body Co. Health, said that for girls, in particular, body image issues often result in a lack of confidence that can cause them to withdraw from activities and friends.

“There is also a very strong association between a skewed or negative body image and a healthy relationship with food,” she explained. “By grade 4, most preteens report some

Once a child starts grappling with how they feel about their body, Romanoff said those issues can manifest in a variety of ways.

“For some, there is motivation to emulate popular culture standards for what a body should look like or is desirable,” she said. “These kids will tend to sexualize themselves and present their bodies in more adult ways.”

She explained that the opposite can happen for other kids, where they resist changes to their bodies and the pressure to measure to up to beauty ideals.

“These kids will wear baggy, childish, or loose fitting clothes to conceal and minimize attention to areas of their bodies they are insecure about,” Romanoff said.

When to be concerned

This isn’t just about kids feeling badly about themselves, though. Body image issues can evolve into more serious concerns.

“While we always want to be promoting body positivity, it becomes a concern when it starts to negatively impact behavior,” Sutherland said. “In 2018, The Canadian Paediatric Society found that teens who engage in unhealthy weight control (50% of girls and 30% of boys) are at risk for other health compromising decisions including smoking, substance abuse and unprotected sex, making it important to identify body image issues early on.”

She identified a few red flags that may indicate a problem parents should be aware of:

Romanoff added, “If your child is drastically modifying his or her eating habits, dressing inappropriately, is consumed with anxiety, depression or ruminative thoughts about appearance–these are indicators that intervention is needed.”

For all these reasons and more, it’s a good idea to head off body image issues whenever possible. That means raising kids to have a healthy relationship with their bodies from a young age.

“The single best thing parents can do is to model healthy relationships with their own bodies,” Romanoff said. “Children are incredibly impressionable and largely learn about the world from their primary caregivers. Be kind and forgiving to your own body, practice a healthy relationship with food, don’t be rigid or make harsh comments about your own body if your children are present or not.”

This may require some practice. And if you find it is too difficult to do, that may indicate a need to seek treatment yourself. Because as a parent, you really can help to prevent your child from developing similar issues.

Of course, there are also outside factors parents should be aware of.

“Social and traditional media have tremendous influence in this age group,” Sutherland said. “A 2010 survey of 1000 girls by the Girl Scouts found that 9 out of 10 girls felt pressure from the fashion and media industries to be skinny despite the fact that most imagery is not representative of healthy weights or realistic standards.”

Being aware of the content your kids consume, and helping them talk through that content with you, is one way you can better understand how they are processing it, while also helping them reshape their ideas about their own bodies in comparison to the ones they see on television and social media.

But removing them from social media isn’t the answer, according to Romanoff.

“It is a significant component of the culture and a tool for social bonding and connection with peers,” she explained. “Instead, educate them on the business behind the influencers they see on screen so they can approach social media more as informed consumers and less as blind followers.”

She further suggested parents help their kids to cultivate an identity beyond the screens and without focus on bodily appearance.

“Parents must model these activities themselves, such as reading, engaging in sports, and cooking. Show your children the power and potential of their bodies, beyond just appearance,” Romanoff said.

Helping kids who are already struggling

If you fear your child has already developed some body image issues, Romanoff said that getting some perspective from a third party can be a good idea.

“Kids may not be receptive to or willing to discuss these sensitive issues with their parents,” she explained. “A psychologist could be helpful to create a safe space to explore and unpack these issues.”

Sutherland added that this can be an important step at the first sign of developing body image issues, particularly because we know those issues have the power to evolve into other unhealthy behaviors.

“Find a practitioner who has a focus on teen health and who will work with the whole family as part of the comprehensive treatment plan,” she suggested.

Either way, the sooner you raise your own awareness about helping your child develop a health body image, the better.

“Children start to absorb messages around body image as early as six years old,” Sutherland said. “It is never too early to look inward or surround ourselves with communities that promote a body positive culture.”

BENGALURU, June 16 (Reuters) - India’s iconic Taj Mahal re-opened to the public on Wednesday as the country, still reeling from a disastrous second … END_OF_DOCUMENT_TOKEN_TO_BE_REPLACED

While Delaware County continues its journey to launching a health department of its own in 2022, dozens of local nonprofits are using grant money to … END_OF_DOCUMENT_TOKEN_TO_BE_REPLACED

An Army veteran has announced she is seeking the appointment to House District 28.Michelle Peacock, who served tours of duty in Iraq and Afghanistan … END_OF_DOCUMENT_TOKEN_TO_BE_REPLACED