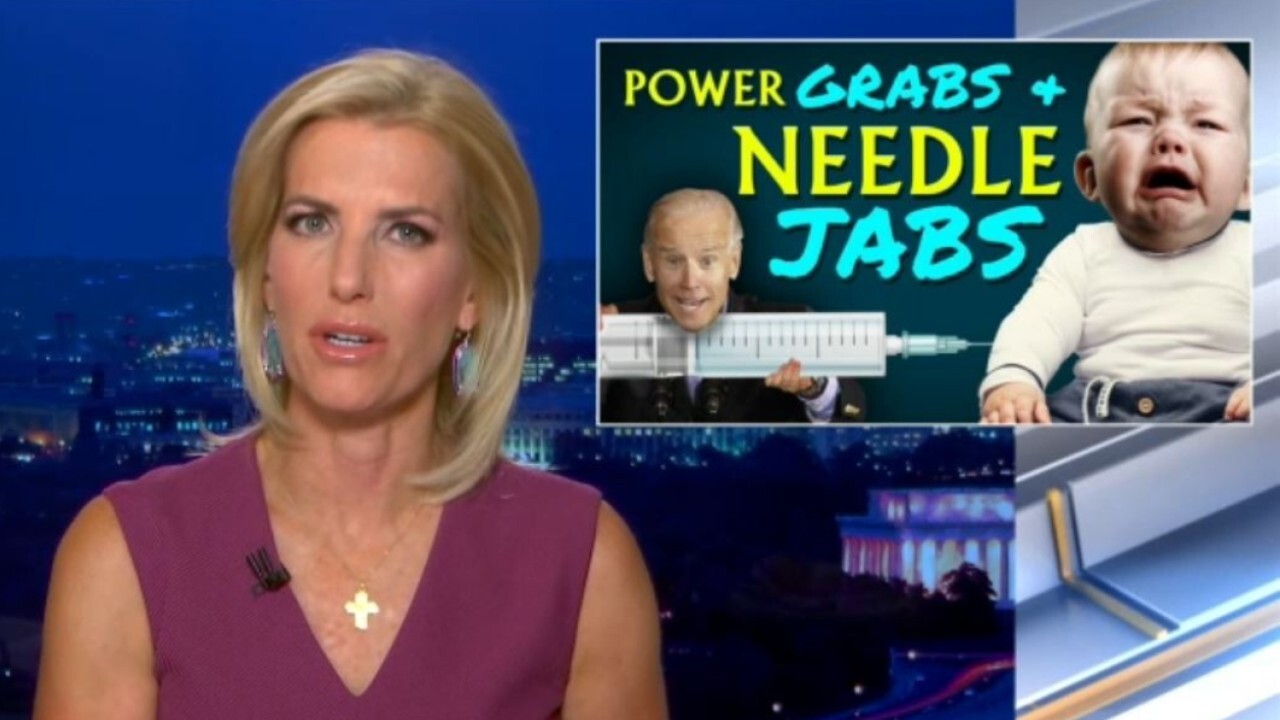 Fox News host Laura Ingraham called out politicians, Big Pharma and the media for pushing the COVID-19 vaccine on kids and questioned the safety of inoculating America’s youth Wednesday on “The Ingraham Angle.”

Ingraham questioned why the vaccine is being forced on kids citing that most adults already have taken it or have natural immunity through COVID exposure. Former Biden White House senior sdvisor for COVID response joined CNN to endorse vaccinating children, which Ingraham took issue with.

“Our big pharma overlords have decided that we need to get rid of these vaccines before they expire. Well, just like the so-called public health experts, the media, they have zero credibility and maximum culpability here,” Ingraham said. “None of those facts are going to stop [the media] from promoting the government’s vaccine pressure campaign, especially the one that will target our children.”

“The responsible question to pose is, which presents the greatest risk? A child developing a serious reaction from the vaccine or a child getting seriously ill from COVID?” Ingraham asked. “These stories, including the risk of heart damage, rarely if ever get mentioned in that White House briefing room. Why? Because being honest about the true risk-benefit analysis would actually help their credibility.”

Ingraham also slammed what she called the government’s ‘desperation’ saying, “Remember, they dangled cash lotteries, free concert tickets, and even free beer to increase vaccinations, but Biden still didn’t reach his 70% July 4th target. So whoever is making the decisions in the White House decided I guess it is time to intensify the pressure campaign.”

Earlier this week White House Press Secretary Jen Psaki mentioned that the government would be going “door-to-door” in certain areas of the country sparking widespread criticism.

“Going door-to-door? This is creepy stuff. Someone comes up to your door outside wearing a mask showing up at your house claiming to work for the government. Asking you personal medical questions. What could possibly go wrong there?”

MARQUETTE — There’s never a bad time to think about your mental health: Where it stands, how you can improve it, and where to go for help if you need … END_OF_DOCUMENT_TOKEN_TO_BE_REPLACED