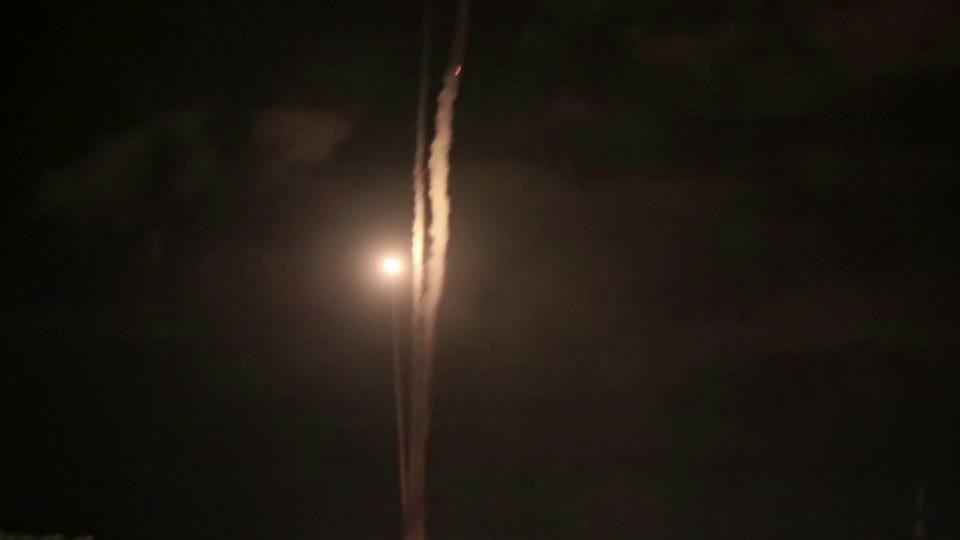 Michelle Bachelet, the UN High Commissioner for Human Rights, on Saturday called for a de-escalation of fighting between Israel and Hamas, warning that the crisis “has deteriorated at an alarming rate”. Why it matters: Bachelet said that the actions taken by the Israeli military and Palestinian militants can lead to violations of international humanitarian law and can therefore be considered war crimes. Get market news worthy of your time with Axios Markets. The big picture: The latest fighting between Israel and Hamas began on Monday after the violence in Jerusalem over the planned evictions of six Palestinian families to make way for Israeli settlers. At least 140 Palestinians have been killed in Gaza, including dozens of children, according to Palestinian health officials. Nine people, including two children, have been killed in Israel. The UN said on Friday that at least 10,000 people in Gaza have been displaced. On Saturday, an Israeli airstrike flattened a building that housed the offices of AP, Al Jazeera and other media organizations. This week has seen the worst inter-communal violence in Israel since the start of the Second Intifada in 2000. Protests have also erupted across the occupied West Bank, where Israeli forces have killed more than a dozen Palestinians, including a person who said the Israeli army. tried to attack soldiers. What it says: “I urge both parties to ensure strict respect for their obligations under international law,” Bachelet said. “Israel, as an occupying power, has a duty to ensure unhindered access to humanitarian assistance in the Gaza Strip.” Instead of trying to calm tensions, the inflammatory rhetoric of leaders everywhere seems to try to excite tensions instead of calming them, “he added.” Once again, we see lost and terrified lives being forced to flee. or hide in his home, under attack by both sides, which could lead to serious violations of international humanitarian law. “Bachelet said Israeli airstrikes and bombings in densely populated areas have raised concerns. that the Israeli army has targeted buildings that, under international humanitarian law, do not meet the requirements to be considered military targets He also said that the indiscriminate launching of rockets by Hamas and other Palestinian armed groups against Israel in areas densely populated areas could violate international humanitarian law and would be considered war crimes.What is this: the UN Security Council will meet on Sunday isi, said the UN. Learn more … Biden, in a call with Netanyahu, worries about civilian casualties in Gaza UN: 10,000 Palestinians Inians displaced in Gaza as fighting between Israel and Hamas escalates “Horrified”: its offices in Gaza The Jerusalem crisis widens the gap between Jewish Israelis and Arabs. Get more out of Axios and subscribe to Axios Markets for free.

MARQUETTE — There’s never a bad time to think about your mental health: Where it stands, how you can improve it, and where to go for help if you need … END_OF_DOCUMENT_TOKEN_TO_BE_REPLACED