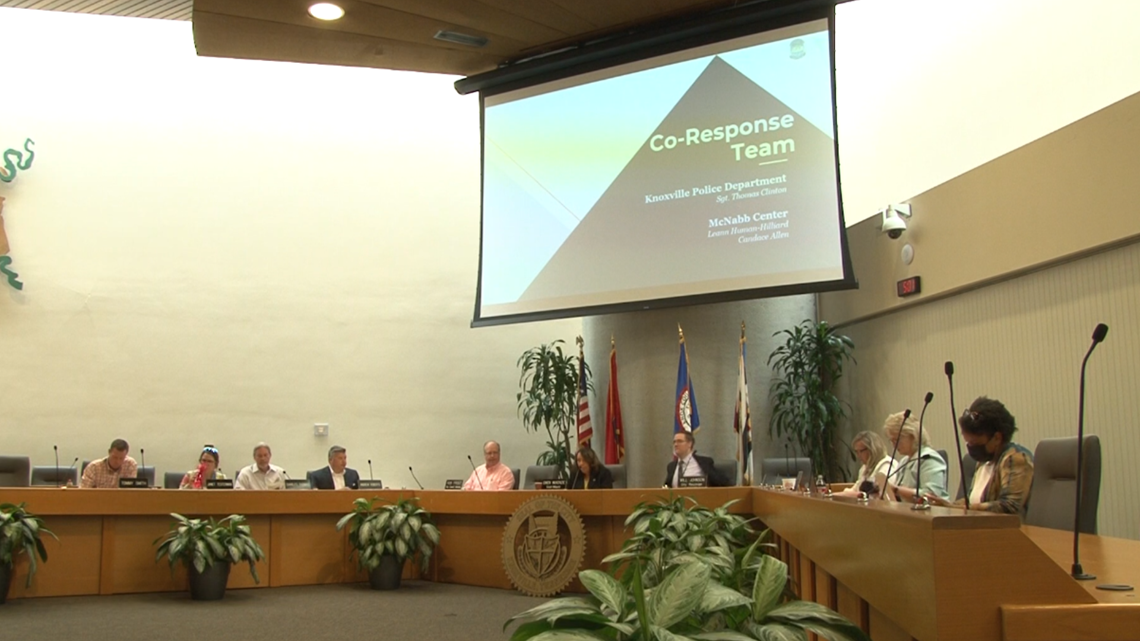 A group presented an alternative model to the program, pairing mental health workers with EMTs or medics instead of police.

KNOXVILLE, Tenn. — The Knoxville City Council met Thursday to review a program that takes a new approach to how emergency services respond to calls about mental health.

In a partnership between the Knoxville Police Department and the McNabb Center, mental health workers are paired with police in calls involving mental health. The team then works with the person, connecting them with resources and if the call is severe enough, bringing them to a hospital.

“We’re able to do a function that does not infringe on what normal officers already do, and we can actually supplement them and get them back in the street to do more work,” he said.

A group proposed removing police from calls about mental health crises during the meeting, creating an alternative response team made up of behavioral health specialists paired with EMT workers or medics.

Plants for the alternative response team came from Knoxville HEART, and they said they hoped the plan would reduce police involvement in calls about mental health issues.

Clinton said that he would be open to expanding the program to include more teams and teams made up of different workers. He says he hopes the program continues to expand so that teams can respond to more calls when more come in at once, and so they can work longer than their current daytime schedule.

MARQUETTE — There’s never a bad time to think about your mental health: Where it stands, how you can improve it, and where to go for help if you need … END_OF_DOCUMENT_TOKEN_TO_BE_REPLACED