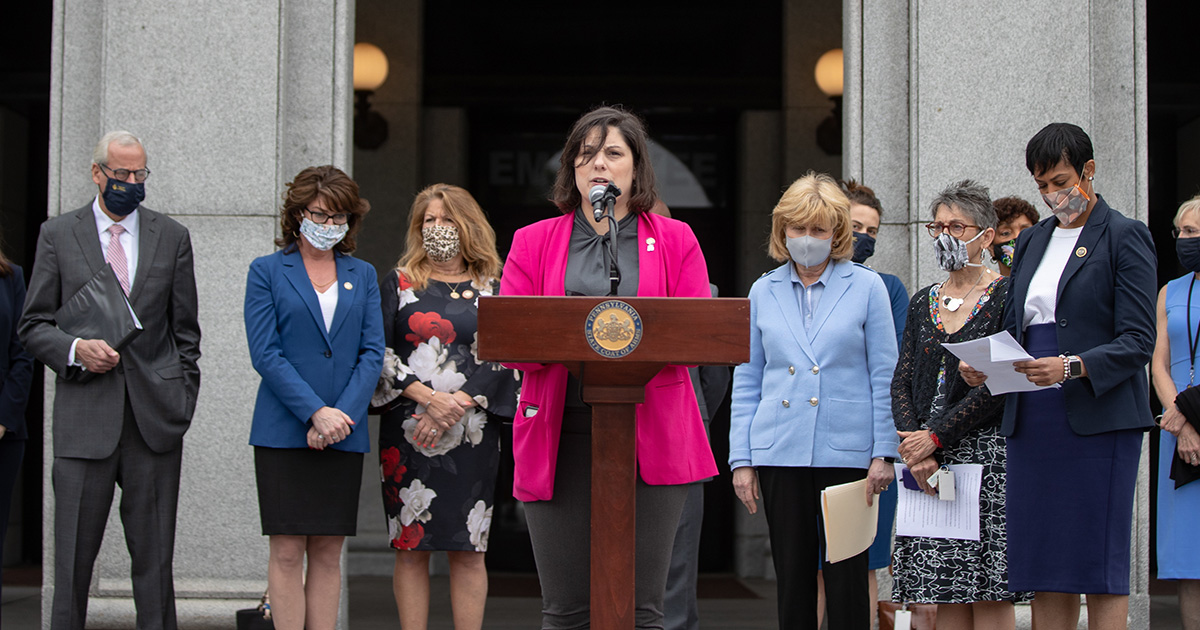 “Today I have been proud of my colleagues in the Women’s Health Caucus today, in support of reproductive health,” she said. Senator Schwank. “Today we have heard about evidence-based policies that will increase the health and well-being of people across the Commonwealth. These policies, which include measures to address maternal mortality outcomes, increase access to contraceptives and protect the medical information of a person, have been overlooked.Instead, Republicans in the House chose to promote legislation that completely undermines the constitutional right that all people have to make their own health decisions. they choose to have an abortion for a myriad of reasons, all of them deeply personal.We can never fully know or comprehend the situations people face in their lives, particularly their reproductive care.Their choice is fundamentally their own and politicians have no place in this decision. ”

As a caucus, we remain committed to the fight against anti-abortion legislation and rhetoric. In addition, we propose that the House Health Committee address issues that are real challenges for every day in Pennsylvania, rather than wasting taxpayers ’time and money to move forward on this shameful, anti-abortion-based rhetoric that it will end with a veto by the governor.

“Instead of focusing our efforts on building a better and more equitable health care system that provides adequate and coordinated care, our Republican colleagues chose to spend our time and taxpayers’ money on hearings that tried to prevent women could access constitutionally protected abortion care, ”she said. Representative Cefàs. “During a pandemic we have real problems and challenges that Pennsylvania people face. With an end in sight of COVID-19, now is the time to hold real talks and move policies aimed at ensuring the health of communities across the Commonwealth. “

Today, the PA House Health Committee voted three anti-abortion bills off the committee. Read them here: HB1500, HB118, HB904. All of these bills have the same end goal, to make abortions illegal in Pennsylvania. The WHC will continue to work to protect access to abortion and calling for shame-based and anti-abortion rhetoric.

“I am proud to stand by members of the Women’s Health Caucus as we commit to Pennsylvania women that we will continue to stand up for their right to choose, not what to choose. We know that women are perfectly capable of taking the their own decisions about their own bodies and that women will make the best decisions for themselves and their families, ”she said. Representative Daley.

The governor has also reaffirmed his will to veto any bill that comes to his desk that would limit access to reproductive health care.

“I stand firm in my commitment and support for reproductive rights,” dit Governor Tom Wolf.“While members of the legislature continue to play policies on health options, I will not let the Commonwealth back down on reproductive rights or access to health care. I will veto any anti-election legislation that comes out on my desk.”

“Controlling what happens to our bodies is a fundamental right. Patients have the right to bodily autonomy without the legislator intervening in personal and private medical decisions. I suggest that my colleagues focus on the many real problems facing our Commonwealth, such as the rising maternal mortality rate, rather than wasting resources to drive shame-based and anti-abortion-based rhetoric through introduction of bills that will end up being vetoed “. Senator Cappelletti.

MARQUETTE — There’s never a bad time to think about your mental health: Where it stands, how you can improve it, and where to go for help if you need … END_OF_DOCUMENT_TOKEN_TO_BE_REPLACED