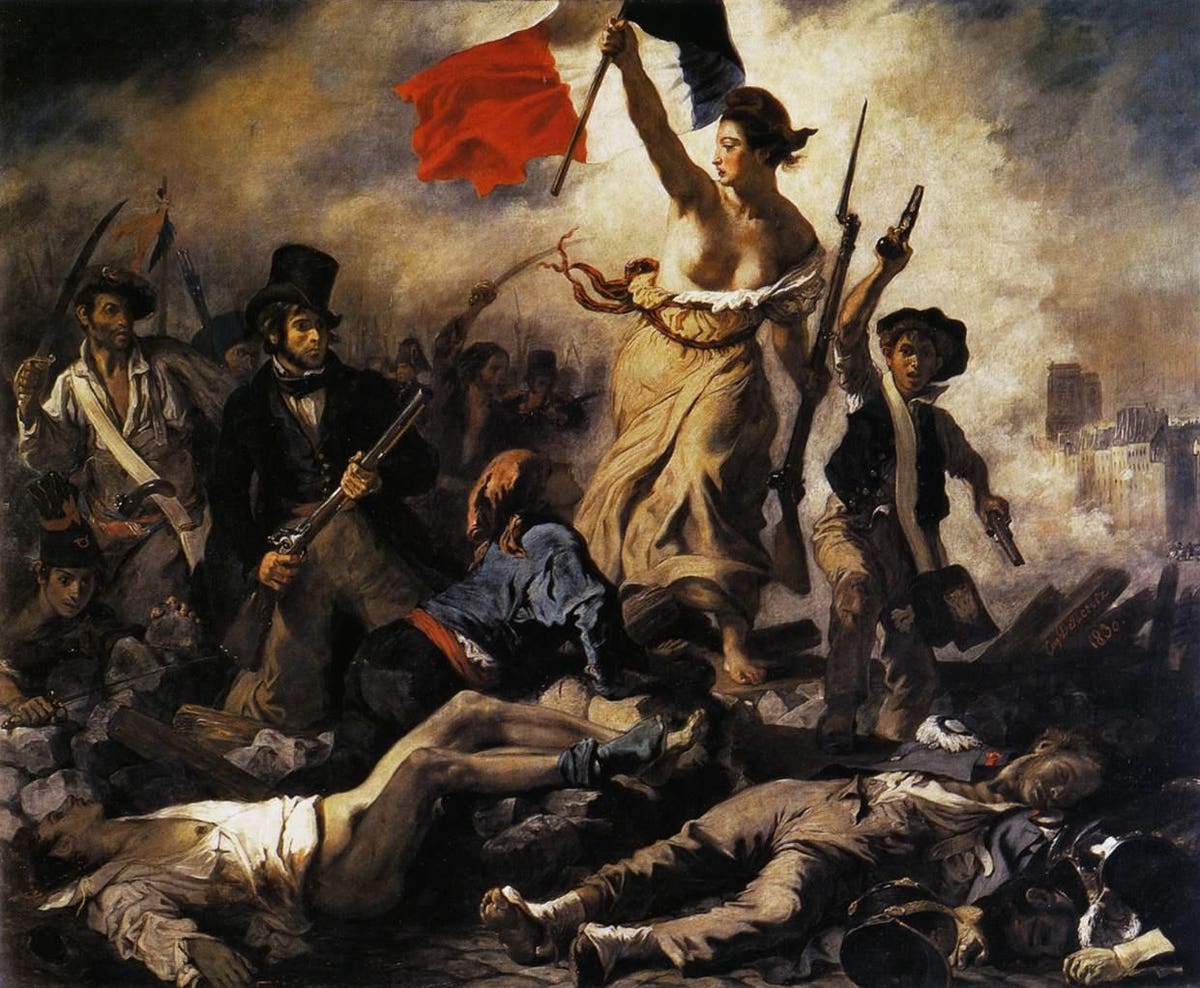 In the face of a fourth Covid wave, the President of France — a country as tied to the values of personal liberty and freedom as any in the world — made a gutsy move by mandating vaccines for all adults in cafés, restaurants, and many other public gathering places. It is a dizzying about-face for a person who, in November of last year, promised that vaccines would not be compulsory. But as distasteful a turnaround as it may be, it is, in the end, a necessary one. Liberté, egalité, fraternité, rationalité — would that this revolutionary battle cry be heard by us all.

This week, the French government begins to debate and test its new plan. The policy, announced earlier this month, requires all adults to show a health pass demonstrating proof of vaccination before entering any shopping center, restaurant, museum or movie theater. The same applies to those hoping to board a train or other public transport to travel domestically. People who refuse vaccination can still be given entry, assuming they show a negative result on a recent Covid test. But these individuals have been warned. PCR tests will no longer be free starting in the fall, unless obtained with a prescription. And, if test results come back positive, people will be required by law to be isolated for a minimum of ten days. Businesses and individuals who refuse to comply are subject to fines into the tens of thousands of euros.

While the mandate would be rolled out among those 18 and older at first, the requirements are expected to trickle down to those as young as 12 by the end of next month, coinciding with a new vaccination campaign for high school, secondary school and primary school students in September. Beyond the mandates to the broader public, the government is also proposing mandatory vaccination for all health workers by mid-September, under threat of salary stoppages and, eventually, job termination.

The new policy goes further than anything yet attempted by any Western country. While a majority of the French seem to agree with the new mandates, the announcement has triggered widespread protests, lawsuits, and endless controversy, forcing the government to soften some of its measures, lessening the amount of some fines and pushing back some of the deadlines. Still, the move has already had an impressive impact on vaccination rates in France. Within 48 hours of the President’s announcement, more than 2.2 million new vaccine appointments had been booked.

Meanwhile, here in the US and the UK, masks are dropping, doors are opening, and vaccination appointments remain unbooked. Instead of building a barrier to stop the oncoming surge of new infections, we seem to be opening the door to let the virus in, and creating the conditions for a new vaccine-busting variant to emerge. Our governments could impose restrictions similar to those in France and some organizations have even encouraged it. The nation’s largest hospital group, the American Hospital Association, recently released a statement supporting mandatory vaccinations for all healthcare workers as did seven other medical associations. The idea is also not foreign — we have long required travelers to the US to show proof of vaccination, and we still require all public school students and workers in some fields to be immunized against some diseases.

But with Covid, the challenges are greater due in large part to the novelty of the vaccines. In the US, for example, recent surveys have shown that the main barrier to vaccinations today is not lack of access, but fear of side effects and a desire to wait and see how the vaccines affect others first. Some explicitly mention the lack of full FDA approval as a primary cause of concern. If the FDA won’t move beyond Emergency Authorization without longer-term data about safety in particular, why should anyone be convinced that the vaccines are worth the potential risk?

Full FDA approval may lessen the hesitancy around vaccination but it would definitely open the door to the possibility of new mandates. Without full FDA approval, the government has its hands tied — they cannot mandate vaccines in schools like they do for other diseases or in their own military, and they certainly can’t require that businesses or colleges do it in their stead. Eliminate this barrier, and you have the opportunity to introduce more stringent measures to keep all Americans safe.

Whether Americans would accept vaccine mandates may be unlikely, as many have not even accepted the more minor inconvenience of masks. And whether our leaders will have the political fortitude to enforce a mandate is perhaps even more improbable, as they have shown no willingness to do so for masks, testing or quarantines. But it’s possible that the force of this next wave of infections will change the minds of more people. Still, though liberté, egalité, fraternité, rationalité may ring true for the French, I fear that here in America we will follow the more familiar rallying cry: Give me liberty or give me death.

MARQUETTE — There’s never a bad time to think about your mental health: Where it stands, how you can improve it, and where to go for help if you need … END_OF_DOCUMENT_TOKEN_TO_BE_REPLACED