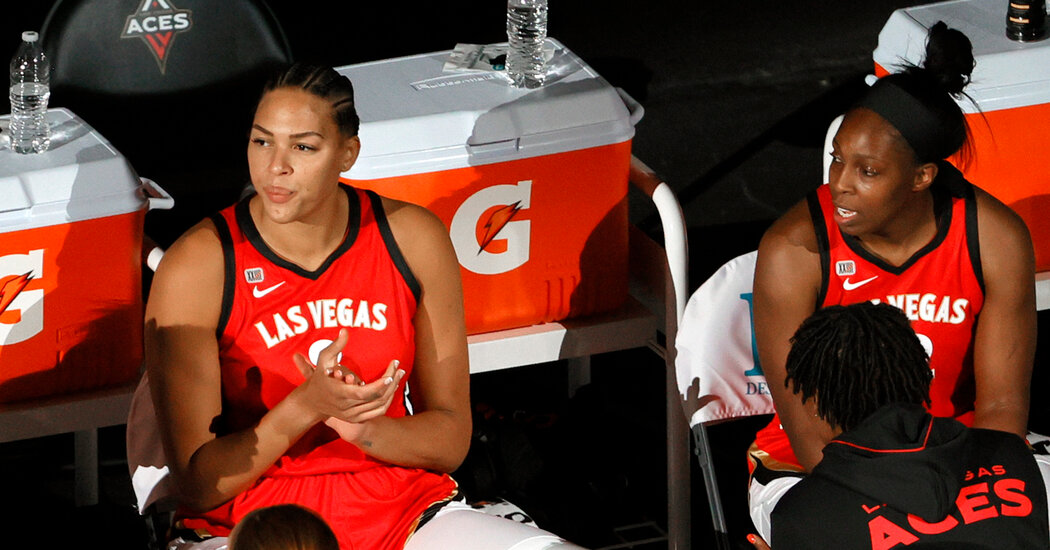 After announcing that she would skip the Tokyo Olympics to protect her mental health, the Australian basketball star Liz Cambage said that she had been “at a breaking point” for a month over the prospect of entering a Covid bubble and playing in an empty arena at the Games.

In a series of videos posted to Instagram on Friday, Cambage said that once she made the decision to withdraw from Australia’s women’s basketball team, “I felt a world of anxiety and pressure and heaviness I had been carrying lift straight off me.”

“I had been having breakdowns in the car park at Whole Foods, nonstop panic attacks, hyperventilating at the thought of going into one of the most pressure situations, which is already in a bubble, with no fans, no friends,” Cambage said.

Cambage, 29, who also plays for the W.N.B.A.’s Las Vegas Aces, shot the videos from her hotel room in Las Vegas, where the Australian team has been practicing. The team will travel later this month to Tokyo, where the Olympics are scheduled to begin on Friday despite rising infections in the city and among people involved in the Games.

“This Olympics ain’t gonna be easy, and it’s gonna be survival of the fittest, and there ain’t no point dragging someone over there that’s already feeling mentally weak,” she said in a video.

Cambage’s departure is a blow to the Australian team’s medal hopes. She was Australia’s leading scorer at the 2016 Games, when the team made the quarterfinals. She also holds the W.N.B.A.’s single-game scoring record, with 53 points.

The head of the Australian Olympic delegation, Ian Chesterman, said in a statement: “We respect her decision and wish her the best in returning to full health.”

MARQUETTE — There’s never a bad time to think about your mental health: Where it stands, how you can improve it, and where to go for help if you need … END_OF_DOCUMENT_TOKEN_TO_BE_REPLACED