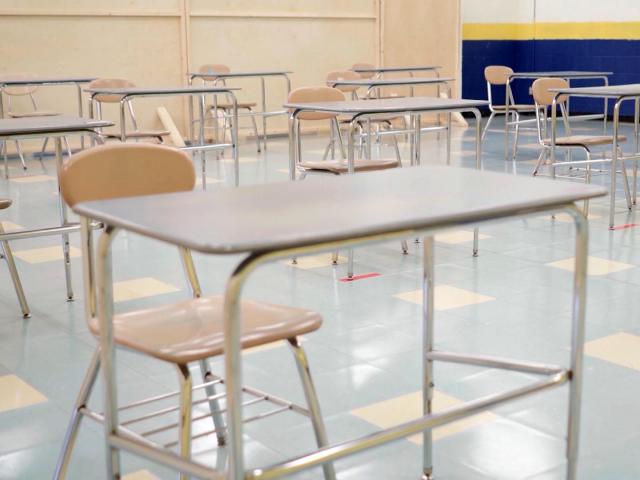 Raleigh, N.C. — Being on mute all day long in front of a computer is not easy for 12-year-old Morrisville Middle School 7th grader Victoria Harris.

“There’s definitely been a change in interaction,” she told WRAL News. “It’s been harder to connect with my friends and my classmates.”

Victoria’s mother, Chinyere Harris, has worried about her daughter feeling isolated during the pandemic. That’s been a problem for many teens over the past year, especially teen girls.

“I was concerned about her not having, you know, those peer interactions, being able to socialize,” Harris said.

That’s when they discovered the Esteem (Re-Connecting in COVID( Program, designed to support young women feeling depressed, anxious or isolated. It was founded by Sarah Williams, a professional counselor and mentor concerned about the recent rapid rise in rates of all three issues.

According to data from the National Mental Health Association, more than half of teens between 11 and 17 have considered self-harm or suicide since the pandemic started, and 80% of teen girls have reported feeling isolated.

“There are so many issues that parents are dealing with right now,” Williams said.

Williams says she used her own personal struggles as template to help others in her Esteem program, founded on religious principles, in 2009. She retooled it for remote learning when the pandemic hit.

“All the lessons that I learned through counseling, as well as my own healing journey, I wanted to really impart that upon young ladies so they wouldn’t walk down the same path,” Williams said. “We’re also giving them our curriculum, which is focused on building confidence, because girls need to be confident now more than ever.”

Chinyere Harris says she’s seen a big change in her daughter’s outlook on life since she connected with the program. Her daughter agrees.

“It’s really cool because you have friends, and you talk about topics that you don’t really get to talk about in school,” VIctoria Harris said.

“These young ladies are on mute all day in virtual learning,” Williams said. “We want to give them a safe space to be taken off mute, to decompress from the week and feel a greater sense of self-esteem and well-being, no matter what they are navigating right now.”

The program begins again June 5th, with meetings every other Saturday into December. It is open to girls 9 to 15. For registration information, go to theesteemprogram.com.

MARQUETTE — There’s never a bad time to think about your mental health: Where it stands, how you can improve it, and where to go for help if you need … END_OF_DOCUMENT_TOKEN_TO_BE_REPLACED