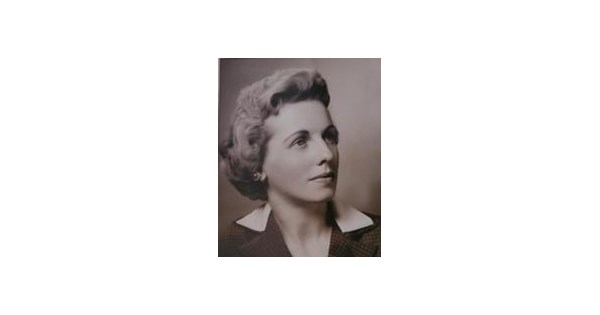 Lois Lee Gehringer Moore
February 2, 1928 – July 24, 2021
Eagle, Idaho – Lois Lee Moore was the pride and joy of our family, our matriarch, our ever- smiling, constant ray of sunshine. She resided in California for 46 years prior to moving to Star, Idaho in 1996. Lois was a resident of Eagle, Idaho at the time of her death. She passed away peacefully at home with family in attendance on July 24, 2021 at 10:18 p.m.
Lois was born on February 2, 1928 in Elm Grove, West Virginia. Her parents were Louis Charles Gehringer and Margaretta Mendel Gehringer. She and her two brothers attended Triadelphia High School, graduating in 1946.
Lois was always cheerful, always choosing to find the silver lining, and making the best of any situation life presented.
In 1948, she married her first husband, Harry Moore, at Moffett Field in California. He was serving in the United States Air Force as a fighter pilot. In 1948, they moved to Clark Air Base in the Philippines where Lois served as the personal secretary to General Turner, the Commander of all Air Forces in the Far East. In July of 1950, she gave birth to their only child, Jana. Shortly thereafter, the Korean War started and Harry was sent to assist in stopping the Communist forces from capturing South Korea. He was stationed in South Korea. In July 1951, Lois was notified that Harry had been shot down in the South China Sea and was presumed to have been killed. Lois at that point returned to West Virginia along with baby Jana where they lived with Lois’s parents.
Lois wasn’t the type to indulge in despair and self-pity and with no sign of Harry being captured or any news of his survival, she chose to move to Los Angeles, California with her brother, Jack, to start a new life. When Harry’s younger brother Bob, who was living in the San Francisco Bay Area, found out that Lois was in Los Angeles, he would visit Lois and Jack each time his work sent him to that area. Four years later, Lois and Bob drove to Las Vegas with little Jana and married on April 24, 1954. Bob raised Jana as his own daughter.
From that moment forward, Bob and Lois were always together. They accomplished so much. She worked hard as Bob attended chiropractic school and after completion they established a successful chiropractic practice in Oakland, California. Shortly thereafter, they welcomed a daughter, Nancy, Jana’s sister, in December 1958. Then, together, they built a beautiful home in the hills above Hayward, California. In 1977, Lois and Bob, having retired from the chiropractic practice, started a medical manufacturing business and built it with their daughters and sons-in-law, Stephen and Randy. The business was very successful, and they finally sold it in 1992 and moved to Idaho soon thereafter.
Then, in 2002 Lois received notice from the Air Force that there was a possibility that Harry had survived the shoot-down and was a prisoner in Russia. Thus began a new chapter in the lives of Lois and Bob as they began the search for Harry, attending meetings of the Defense POW/MIA Accounting Agency (DPAA) all over the nation, ultimately becoming prominent advocates for families of the over 7,500 service personnel still missing from the Korean War.
Lois loved to travel and experience new things and she and Bob traveled the world. Learning never stopped for her and it thrilled her at every turn, always smiling and laughing, which is why she earned the nickname “Sunny” from Bob. Over the years she enjoyed water skiing, snow skiing, and dune buggying and in her later years, an afternoon game of dominoes each day with Bob. Her daughters and granddaughter are ever appreciative of the 27 annual spa trips to Mexico that Lois (and Bob) treated them to, with the last trip in 2019. Together, Lois and Bob traveled the world by ship, plane, and motorhome, managing to visit some 130 countries, 55 islands in the Atlantic and Pacific Oceans, and all 50 states. Lois and Bob were married for 67 years.
Lois is survived by her husband, Robert, and her brother, William, her two daughters, Jana (Stephen) and Nancy (Randy), her granddaughter Christianne (Daniel), and her two great grandsons Jacob and Zachary. She is remembered fondly for her quick wit and down-to-earth nature, including by all of her extended family and friends.
We will miss Lois so very, very much.
Funeral services honoring and celebrating her life will be held on August 12, 2021 at Cloverdale Event Center at the Cloverdale Funeral Home located at 1200 N. Cloverdale Rd., Boise, ID 83713. Family will be pleased to receive friends and guests from 3 p.m. to 5 p.m.
If you would like to make a charitable contribution in Lois’s name, her preferred charity is Shriners Hospitals for Children.

MARQUETTE — There’s never a bad time to think about your mental health: Where it stands, how you can improve it, and where to go for help if you need … END_OF_DOCUMENT_TOKEN_TO_BE_REPLACED