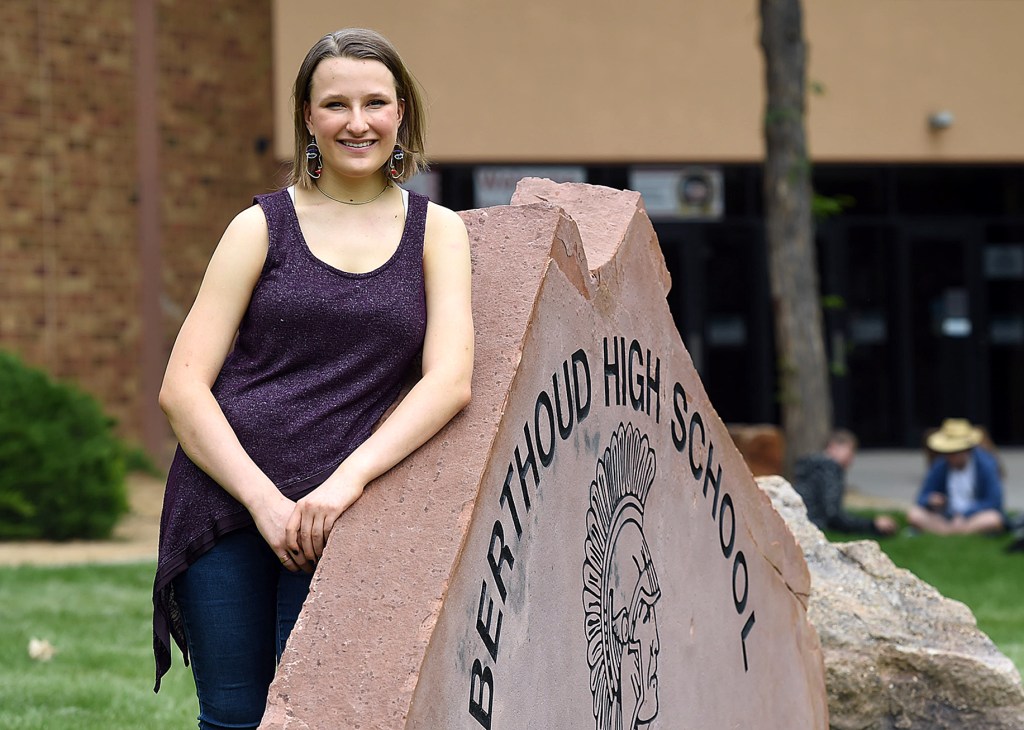 A Loveland teenager has taken her passion for advocating for mental health to the state legislature where she urged policymakers to pass a newly introduced mental health bill, all at 16 years old.

Kaitlyn Tollefson said that her passion for mental health reaches back to when she was in middle school. At that time she put together a science fair project about stress reduction and mental health kits to help her fellow students.

Allison Lanter, a teacher at Berthoud High School and the school’s overseer of the Sources of Strength program, said that before Kaitlyn even came to Berthoud High, she donated these kits to the Sources program to help other students.

Michelle Tollefson, Kaitlyn’s mother, said as an obstetrician/gynecologist physician double board-certified in lifestyle medicine, she tried to instill in her daughter the importance of healthy living, which includes mental health.

“She had heard me talk a lot about the importance of stress management,” she said. “The stress management part was the part that fascinated her, that she has really enjoyed learning more about.”

Her early projects and teachings on the importance of positive mental health were the first of many dominoes to fall for Kaitlyn, as she became more involved in advocating for mental health awareness.

At Berthoud High School, Kaitlyn Tollefson became part of the school’s Sources of Strength program and Lanter said she has been in a leadership role over her last two years. She added that she expects Kaitlyn to rule the world someday with all she is capable of.

“She does it all, honestly,” she said. “On top of that she is taking a bazillion AP classes and she is at the top of her class in everything. She is on top of everything in her life.”

Kaitlyn Tollefson said she recently became involved in Young Invincibles, a nationwide group aimed at amplifying “the voices of young adults in the political process and expand economic opportunity for our generation.”

In January, she was made part of the group’s Rocky Mountain Youth Advisory Board. In her bio, she said that she joined “because the young people in today’s society need to be a part of the decisions that directly impact us.”

As part of this group, the team was tasked with choosing a capstone project and topic to discuss. Their focus turned to Colorado House Bill 1068. The bill, which has since passed, requires that, as part of mandatory health insurance coverage of preventive health care, that plans cover an annual mental health wellness exam performed by a qualified metal health care provider.

“I immediately latched onto it,” Kaitlyn Tollefson said. “I have been really involved in mental health, this is something I really care about.”

She said besides her own mental health struggles, she said after hearing from her friends struggling with suicidal thoughts as well as the struggles of other students at Berthoud High pushed this involvement and interest in the bill further.

“Hearing talk about that and having very little be done when the people need the care aren’t able to afford it, it makes me sick,” Kaitlyn Tollefson said.

The group presented their support for the bill to both the Colorado House and Senate where they urged the state legislators to pass the bill, and even put together a video to send to Gov. Jared Polis.

“She takes a lot of initiative, and I can’t think of a better person for being on those committees,” Lanter said. “It hits a little different when it comes from the youth, so to have someone who can stand up and make a case for why kids need more, I can only imagine the impact that would have.”

The bill passed in the House May 18 and then in the Senate Thursday. Kaitlyn Tollefson said the bill passing to the governor’s desk after going through committee is the most crucial step.

“Because this bill is so important, we are trying to get it through again and show (the governor) how important passing this is to Coloradans,” she said in a follow-up message to the Reporter-Herald.

Michelle Tollefson said she believes it is important for kids like her daughter to get involved in larger discussions for change.

“Sometimes as adults or health care practitioners we get so caught in the weeds …. That we don’t take a step back and say ‘how do we change the system?’” she said. “I think it is awesome that Young Invincibles has helped to get young adults involved in the political process.”

She added that she has been proud of her daughter and the work she has done to destigmatize the discussion around mental health.

Michelle Tollefson said that mental health goes beyond just the impacts it has on a person. Mental health problems can lead to drug addiction, crime and other issues.

“It is nice to think ‘oh it is just mental health’ … but it is not,” she said. “We know untreated mental health conditions can lead to all these other (things). It is something we can’t ignore. As a community we can say ‘we don’t want to fund this’ but we are going to fund this one way or another. It is not going away.”

Kaitlyn Tollefson said beyond the bill, having continued discussions around mental health is increasingly important.

“The more we talk about this, the less stigmatized it is,” she said. “Everyone should be able to afford and access mental health and wellness treatments.”

MARQUETTE — There’s never a bad time to think about your mental health: Where it stands, how you can improve it, and where to go for help if you need … END_OF_DOCUMENT_TOKEN_TO_BE_REPLACED