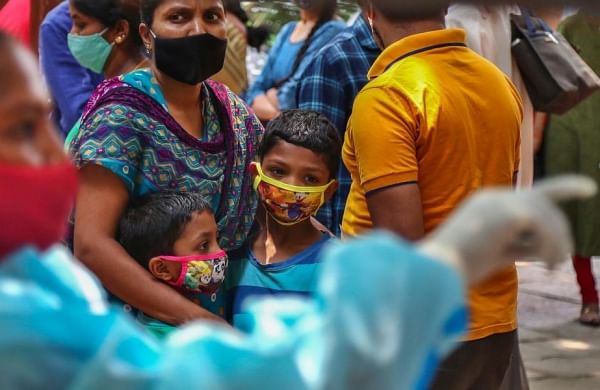 The Centre for Studies of Tradition and Systems (CSTS) based in New Delhi, through its flagship events Madhubani Literature Festival and Maithali Munch, celebrated the Janaki Navami as an intellectual expression of the grandeur of Janaki and her socio-cultural and religious enlightenment. Savita Jha Khan, the founder of CSTS said the Madhubani Literature Festival held on May 20 and 21 was dedicated to Janaki. It saw the participation of people from across the globe over social media. It was held in collaboration with Masi Inc from Maa Janaki Mandir in Janakpur.

An online interactive session was held to discuss a possible third wave of Covid-19 and how it may affect children. Health experts and representatives from UNICEF’s Bihar office took part in the event along with mediapersons. “To protect the children in rural areas, the government needs to step up Covid surveillance in villages with the help of panchayats,” said Dr Nigam Prakash, a former national Vice President of the Indian Academy of Paediatrics. Nafisa Binte Shafique, the chief of UNICEF in Bihar, Dr Siddhartha Reddy, UNICEF health officer (Bihar), Dr Shivani Dar, UNICEF nutrition officer (Bihar), and other experts appreciated the media’s role during the pandemic. They said all adults must follow responsible behaviour in order to protect children during the third wave, if it comes.

Details of an investigation into a gang-rape in Bihar’s Kishanganj district in 2019 have appeared in the internal bulletin of the CBI. The victim was gang-raped in front of his father. The investigation was led by Kumar Ashish, a 2012-batch IPS officer, who is the SP of Kishanganj district. Ashish investigated the case in a methodical way, leading to the arrest of all culprits. Ashish was conferred the Union Home Minister’s Medal for Excellence in Quality Investigation.

The idea of a doctor-turned IPS officer may have helped protect his staffers from Covid. Dr Kamal K Singh, MBBS, who is a 1997-batch IPS officer brought an ultra-violet (UV) lamp to be used at his office. An ultra-violet (UV) lamp uses UVC radiation disinfect for air, water, and nonporous surfaces He also promoted the use of Sodium hypochlorite, which is widely regarded as an excellent sterilizer. Singh pointed out that the two items are widely used in operation theatres. The UV lamp is switched on inside closed office rooms for about 45 minutes at a time. The process is repeated every seven hours. Singh claimed that not a single person out of the 60 to 70 people who work at his office have tested positive in the last six months. As per a WHO advisory, UV radiation from ultraviolet lamps can cause skin irritation and damage your eyes.

MARQUETTE — There’s never a bad time to think about your mental health: Where it stands, how you can improve it, and where to go for help if you need … END_OF_DOCUMENT_TOKEN_TO_BE_REPLACED