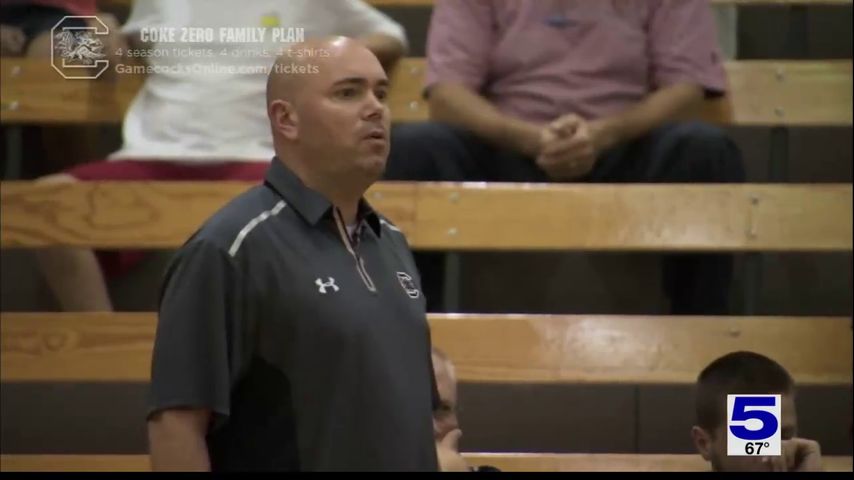 EDINBURG – UTRGV men’s basketball has their new leader as Chasse Conque and the UTRGV athletic department announced on Monday that they have hired Matt Figger away from Austin Peay to be their next head coach.

Figger’s four-year stint with the Governors saw him accumulate a 76-51 record and took them to a single postseason appearance in the 2018 College Insider Tournament (CIT).

Figger takes over a program that is still healing after the passing of Lew Hill, the head coach for the last five seasons, back in February. Jai Steadman who was in the interim coach was told last Friday that he would not be elevated to the position full time.

Chasse Conque said in a statement. “As a sitting Division I head coach from a very respected program at Austin Peay, this is a statement hire for our university, athletics department and men’s basketball program. I am confident Coach Figger will continue to build upon the great work and legacy of Coach Hill and I am excited for the future success of our program as we continue to Rally the Valley around UTRGV Athletics.”

The last time UTRGV/UTPA hired a sitting head coach from another division one program was back in 1973 when they hired Abe Lemons from then Division 1 Oklahoma City University.

Figger was a long time member of current South Carolina head coach Frank Martin’s staff at both Kansas State and South Carolina, including being a part of the 2017 Final Four coaching staff with the Gamecocks.

Figger said in the UTRGV statement, “I cannot express enough how excited my family and I are to become a part of the UTRGV family. This program has already experienced an incredible leader in Lew Hill. Coach Hill’s vision has already laid a strong foundation. My job is to continue the work and do my due diligence to make this program successful and to take it to levels never before experienced. The work starts now!”

Figger joins a program that may have to re-build quickly. Leading scorer Sean Rhea left the program before the team’s final stretch for personal reasons. In addition two-time WAC defensive player of the year Javon Levi, and teammates Quinton Johnson, Jeff Otchere and Uche Dibiamaka have all entered the transfer portal. All players, including seniors and graduate transfers are granted another year of eligibility due to the COVID-19 pandemic.

MARQUETTE — There’s never a bad time to think about your mental health: Where it stands, how you can improve it, and where to go for help if you need … END_OF_DOCUMENT_TOKEN_TO_BE_REPLACED