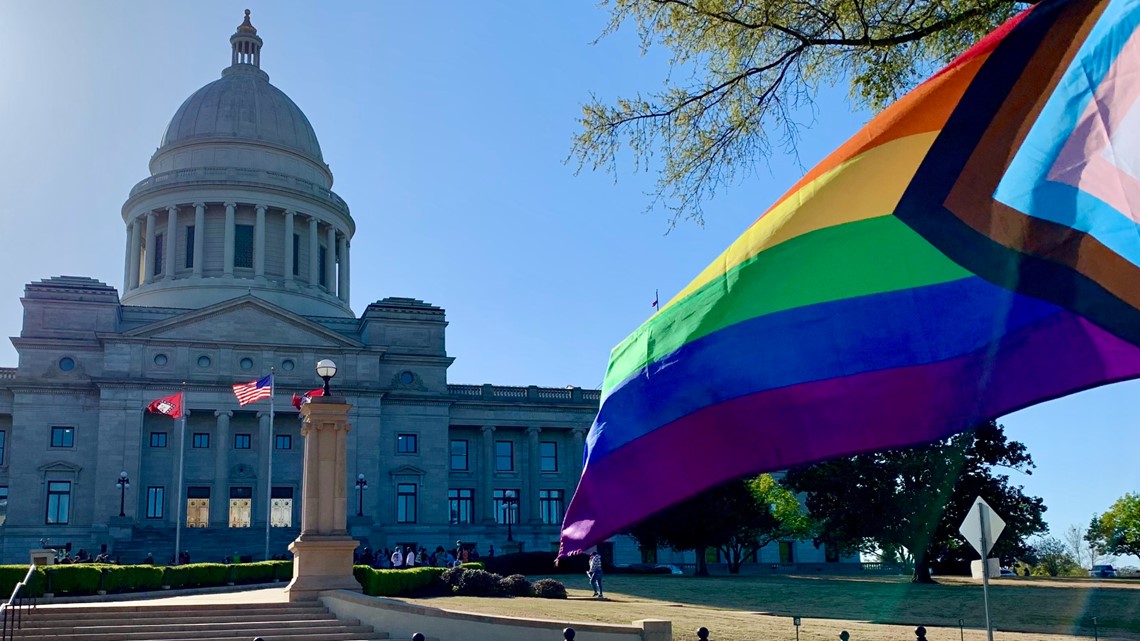 CONWAY, Ark — June 1 marks the beginning of Pride Month for many proud LGBTQ+ Arkansans. With pride comes a lot of honest conversations surrounding the mental health options or lack thereof for the community.

They just opened up last month after a soft opening in April. Director Brentnie Conner’s vision for the practice is for a safe space just for LGBTQ+ Arkansans.

“Given the political climate, there are so many people right now who have said this has impacted my mental health. We want to provide that space so they can come and talk about that. Talk about those fears openly,” said Conner.

As a clinician, she and her team recognized the need for more awareness of mental health services for the community. She does trauma therapy.

There are about 95,000 LGBTQ+ Arkansans in the state, and 40% of them have thought about or have done self-harm. One-third of them have experienced sexual harassment or physical harm.

“This is a safe space where they can come and explore their sexual orientation without judgement. You are seen and you are loved and you are heard. There’s places for you to go,” said Conner.

VIDEO: Brighter Days Counseling & Wellness just opened up in Conway as a safe mental health agency for LGBTQ+ in the area. pic.twitter.com/Nm3rMrGfMG

Conner says the climate for mental health catered to LGBTQ+ is steadily getting better. Places and resources do exist, they’re just in the shadows and she says clinicians need to bring them to the light.

He says it was hard for him to tell others about his sexuality as a young Black boy in high school. He was on the football team and ran track. One of the biggest challenges he faced was acceptance.

“People not accepting who you are or who you want to be. I didn’t tell anyone, because there’s still that stigma around Black men. Emotionally, you have that want to belong. That can cause trauma,” said Ghostoen.

It was even harder for him to find inclusive mental health services for therapy. He says oftentimes he sought refuge within the community where he knew he could be heard and understood.

“Were there resources then? For us it was scarce. Now, it’s several different resources, but it’s not enough,” said Ghostoen.

COLORADO SPRINGS – For some veterans, escaping the dark side of their mental health can be as simple as getting together for a barbecue and car … END_OF_DOCUMENT_TOKEN_TO_BE_REPLACED

Newswise — In a retrospective study believed to be one of the largest of its kind, researchers say they have successfully charted the health risks, … END_OF_DOCUMENT_TOKEN_TO_BE_REPLACED

MONDAY, June 21, 2021 (HealthDay News) -- It might have seemed harmless to while away hours stuck at home during the pandemic with extra wine and … END_OF_DOCUMENT_TOKEN_TO_BE_REPLACED