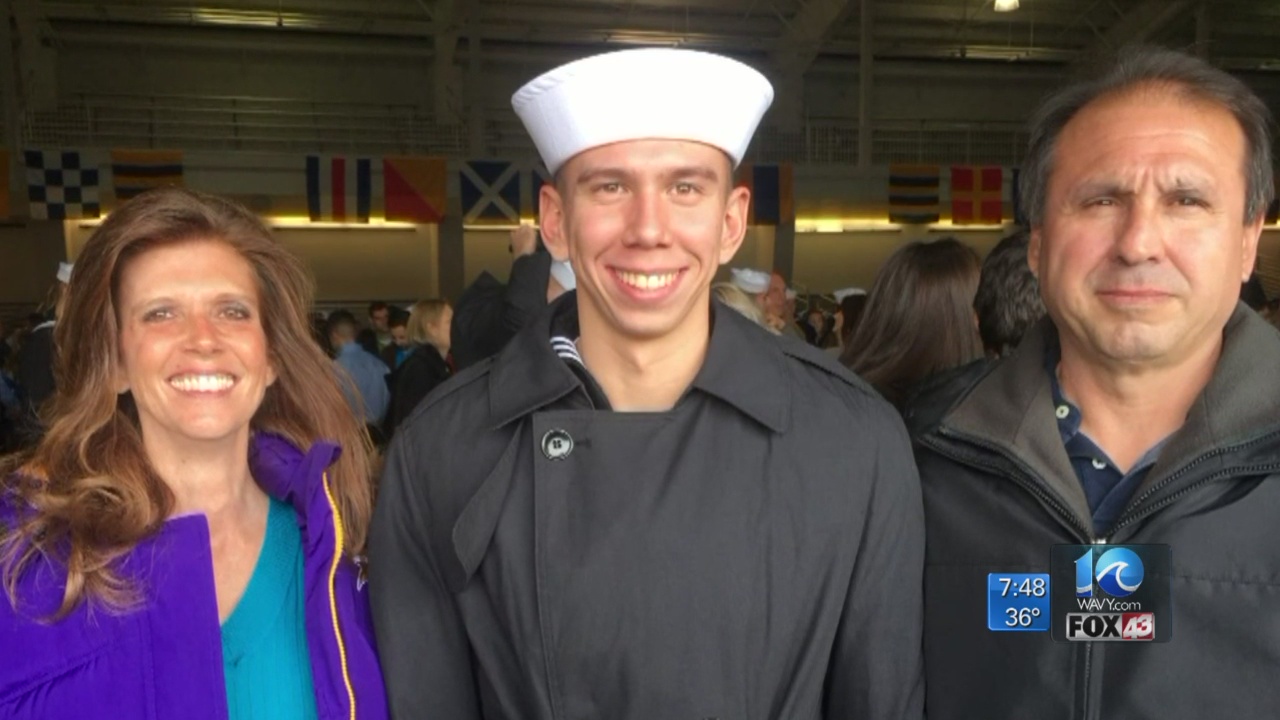 VIRGINIA BEACH, Va. (WAVY) – A dozen local and national agencies dedicated to mental health will gather Friday evening to provide help to military members in crisis. Save our Servicemembers was organized by the League of United Latin American Citizens.

The program will include a vigil for sailor Brandon Caserta.

“We are trying to bring suicide awareness to the military,” said Brandon’s mother Teri.

Teri and Patrick Caserta lost Brandon three years ago today when he jumped into the tail rotor of a helicopter on Naval Station Norfolk. He was one of hundreds of military suicides each year.

“We have sailors and parents of sailors reaching out to us almost on a daily basis asking for help,” Teri Caserta said.

Legislation currently on Capitol Hill known as the Brandon Act would make it easier and more confidential for service members in crisis to get mental health resources. Caserta reached out to get that help three years ago after ongoing bullying and harassment within his helicopter squadron. The bill that bears his name would take a service member’s chain of command out of that process.

It’s an emotional weekend for the Casertas, traveling from their home in Arizona where Brandon grew up.
It’s their first time in Hampton Roads since his death.

“It’s very emotional, seeing all the signs, and we passed restaurants where we ate with him because we had visited him here before, in particular Virginia Beach. It’s sad. We were dreading it,” Patrick Caserta said.

Brandon’s mother says the reminders are tough, but the emotional pain is worth it.

“It is very emotional. We are hoping that a lot of sailors from around the bases attend tonight because there’s going to be resources for them that they can get the help.”

People can find out more about the legislation, and here are the agencies scheduled to participate in the Friday event:

MARQUETTE — There’s never a bad time to think about your mental health: Where it stands, how you can improve it, and where to go for help if you need … END_OF_DOCUMENT_TOKEN_TO_BE_REPLACED