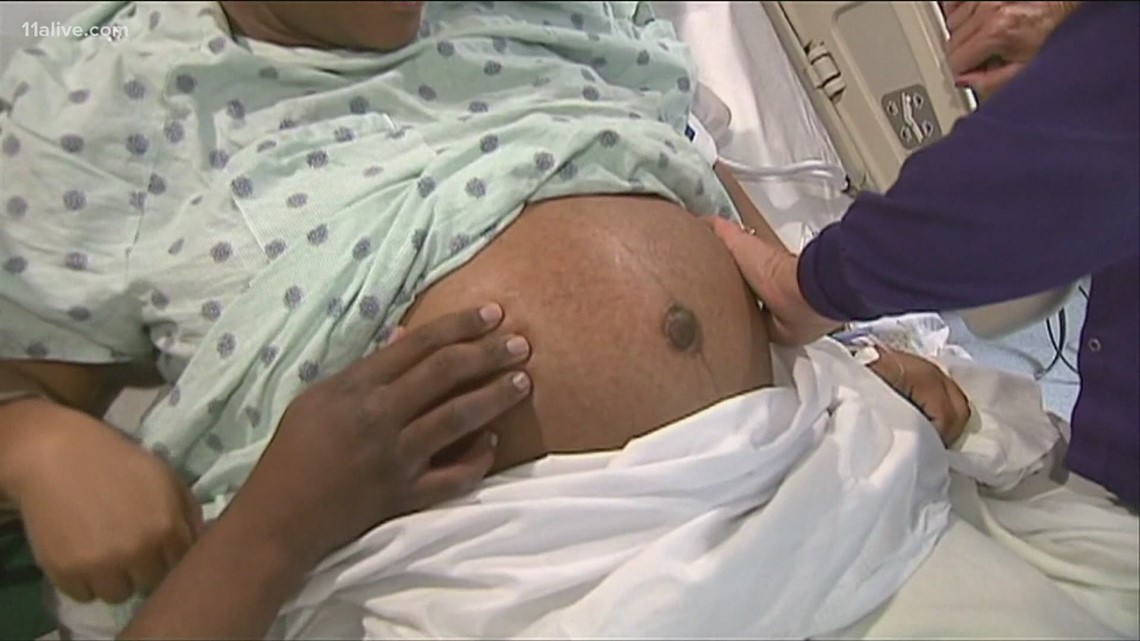 The grant was given to the famed medical school from Golden Sachs’ One Million Black Women investment initiative.

ATLANTA — Editor’s Note: The videos included along with this article are from 11Alive’s award-winning Mothers Matter coverage.

The grant was given to the famed medical school from Golden Sachs’ One Million Black Women investment initiative.

The One Million Black Women initiative is a “new initiative committing $10 billion in investment capital and $100 million in philanthropic support to advance racial equity and economic opportunity by investing in Black women.”

According to a release, the funds will be used for research, building partnerships, reducing local, national and global maternal morbidity by training clinicians through its Center for Maternal Health Equity.

The Center for Maternal Health Equity was established in 2019. The goal of the center is to “directly address the disproportionate pregnancy-related mortality rate that Black women face in comparison to white women,” the release said.

“Sixty percent of maternal deaths are preventable and through this investment, Morehouse School of Medicine and partners such as Goldman Sachs seek to reverse this troubling statistic,” the released reads.

“My goal for the Center for Maternal Health Equity is to create a model that can be used across the nation and globally to empower others to advocate and work on behalf of women,” Morehouse School of Medicine President Valerie Montgomery Rice MD, and a member of the One Million Black Women Advisory Council, said. “Currently, maternity mortality rates are unacceptable; women deserve to live through the experience of childbirth, hold their baby and go home.”

RELATED: She went to the hospital to have her baby. Now her husband is raising two kids alone

“The research is clear, and we’ve heard from thousands of Black women across the nation; there is a deficit in access to culturally competent maternal health care. This foundational grant to the Morehouse School of Medicine will be transformative for the lives of Black women and their families,” Margaret Anadu, global head of Sustainability and Impact for Goldman Sachs Asset Management said. “We are so thrilled to develop a sustainable partnership and believe in the leadership of Dr. Valerie Montgomery Rice and the entire team at the Morehouse School of Medicine to see this work through.”

RELATED: Why childbirth is a death sentence for many black moms

So far, the Center for Maternal Health Equity has created a committee, alongside some other health-related organizations (Maternal Mortality Stakeholder Group— MMSG), within the Georgia Legislature to examine maternal morbidity and mortality.

The group aided in the six-month extension of postpartum Medicaid, restored funding to multiple maternal health initiatives and raised awareness in the Atlanta area through a health forum that provided resources to more than 300 women.

All of Texas saw a sharp increase in new COVID-19 vaccinations last week, as new infections rise due to the more transmissible delta variant.The … END_OF_DOCUMENT_TOKEN_TO_BE_REPLACED

Clare Crawley had her breast implants removed and shared with her Instagram followers that she's doing great and on the mend.The 40-year-old season 16 … END_OF_DOCUMENT_TOKEN_TO_BE_REPLACED