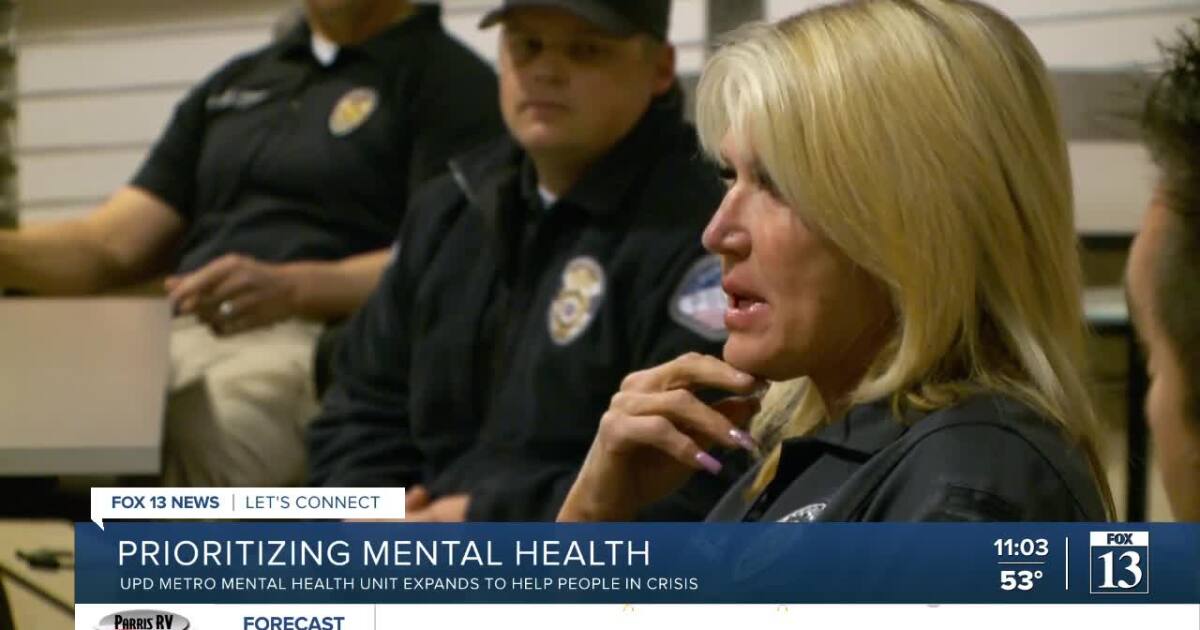 A unit of local police officers who specialize in mental health calls has grown to 13 members.

The Metro Mental Health Unit started with two detectives from the Unified Police Department back in 2016.

Sgt. Jodie Sampson of UPD has been there from the beginning and recently helped oversee the expansion of the team to include officers from several neighboring agencies.

“We are doing everything we can to help these people who are mentally ill, to help their families and help patrol when they have to deal with them,” Sampson said.

They realized they were often dealing with several of the same individuals but sometimes in different parts of the Salt Lake Valley.

Their goal is to defuse or deescalate tense situations when a person is having an episode or breakdown during a police encounter.

And if they can’t respond themselves, these officers are constantly updating a database that allows officers in other agencies to know more about who they’re dealing with and why that person may be struggling.

Detectives from Cottonwood Heights, Murray and Draper PD are now part of this expanded Metro Mental Health Unit. There are now 13 members, including a licensed clinical social worker.

“Our whole role is to co-respond out into our community and deal with people who are having a mental health crisis. We not only respond but we do case management,” Sampson said.

They’re passionate about their work and want the best possible outcomes for those in crisis and the officers who interact with them.

MARQUETTE — There’s never a bad time to think about your mental health: Where it stands, how you can improve it, and where to go for help if you need … END_OF_DOCUMENT_TOKEN_TO_BE_REPLACED