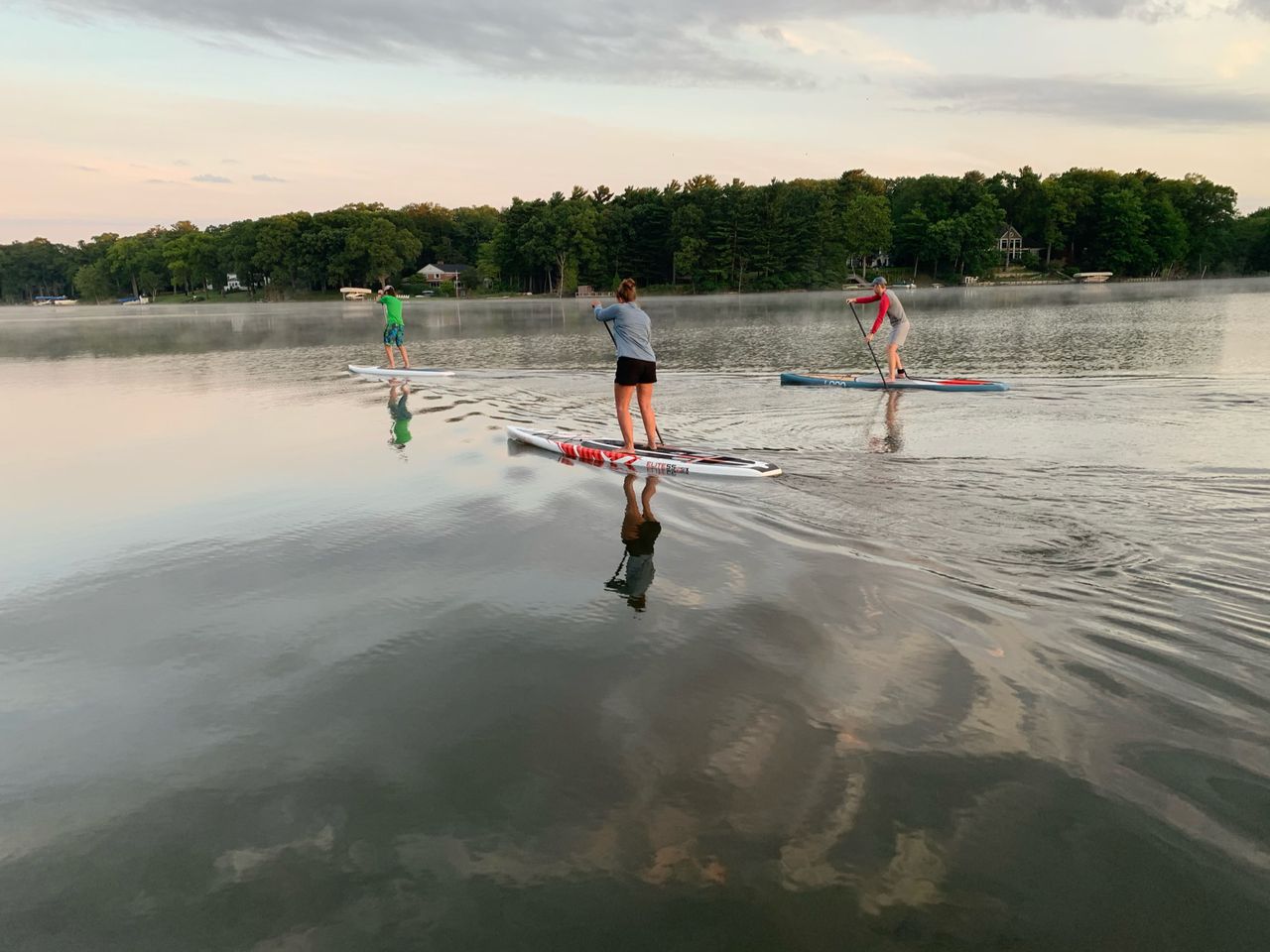 “Paddling catalyzed our friendships, deepened our relationships and it was, I would say, a bright spot in a very challenging period of time,” said co-founder Ryan Bryker.

The club is hosting its first race on Saturday, June 12 to introduce people to the sport and raise funds for the Mental Health Foundation of West Michigan.

Bryker says the club chose the foundation’s Be Nice program to be their first charitable recipient because the COVID-19 pandemic highlighted mental health issues.

“We wanted to elevate the awareness in hopes of reducing stigma for people to get the help they need,” he said.

Christy Buck, the director for the Mental Health Foundation of West Michigan, said the pandemic brought changes in routine, removed people from social situations and created a fear of the virus — all of which were “stressful situations” that could affect mental health.

Buck sees the paddleboard races as being multifaceted in its support of mental health education.

Related: See how Michigan compares to other states in mental health status during pandemic

The Muskegon Lakeshore Paddle Club already raised $20,000 from sponsors and additional funds collected from the races will be donated to the Mental Health Foundation of West Michigan.

Anyone is invited to participate in the races, even if they’ve never paddled before.

Events at the first race on Mona Lake include a “fun one” one-mile paddle, a 5K and a 10K to accommodate various levels of experience.

“It’s really all about bringing the community together, having fun, and exploring a new sport,” Bryker said.

Races will use a lap format so the audience will be able to watch paddlers throughout the entire course.

The second competition is scheduled for Saturday, Aug. 28.

Bryker said the club hopes to establish a legacy with these events and support “relevant and timely” needs in the community with donations.

Anyone who wants to join but does not have paddleboarding equipment can reach out to the Muskegon Lakeshore Paddle Club on Facebook or on their website.

More details and registration information for the races can be found at muskegonlakeshorepaddleclub.org.

By Dr. Wayne StrouseAfter writing column after column regarding COVID-19, it is nice to be able to address other issues. At least for now, Covid seems … END_OF_DOCUMENT_TOKEN_TO_BE_REPLACED

Congratulations to Paul Olson of rural Heron Lake for being the winner of the Shopper’s “Top Pop” drawing!  We appreciate the donations from the … END_OF_DOCUMENT_TOKEN_TO_BE_REPLACED

MECKLENBURG, N.Y. (WETM) – Schuyler County Public Health will be having a COVID-19 vaccine clinic this Wednesday, June 23, 2021, at the Mecklenburg … END_OF_DOCUMENT_TOKEN_TO_BE_REPLACED