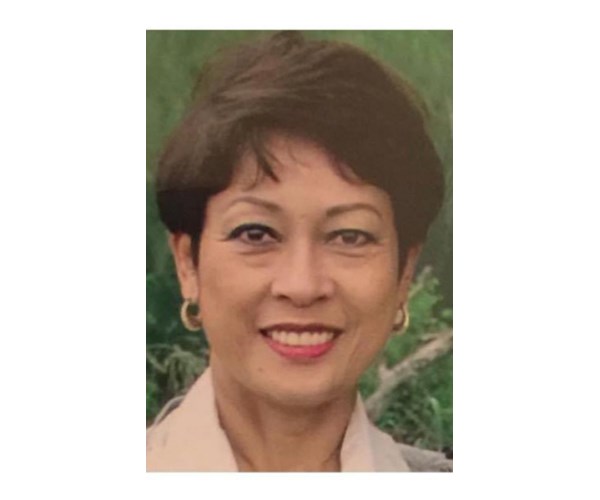 Harlingen – Nila Tolentino Wipf passed away on August 17, 2021 with pneumonia and asthma. Her struggle with debilitating rheumatoid arthritis is finally over. Nila was born and raised in Tuy, Batangas Philippines then met Jay Reginald Wipf in Chicago, IL while they both attended Nursing School. They later married in 1973 and had two children Jason and Jasmin.

She supported the family by working as an OBGYN nurse and a successful Mary Kay Director earning a red Grand Am then her Light Pink Cadillac while Jay went back to school to become a Chiropractor. They moved down to the Rio Grande Valley to start his Chiropractic practice and she shed her nursing role to become the office manager as multiple clinics grew and continued his legacy many years after his passing in 1996. In recent years she worked as a Coldwell Banker Realtor and served on the Magic Valley Electric Board.

Nila had an immense love for her grandchildren and one great grand daughter. She had a unique skill of bestowing a kooky nickname (nonsensical) and silly song to family members at a young age that she would perform upon encounters or on the phone and it stayed with them for a lifetime. Her beautiful orchids were her gentle treasures. Nila also loved to travel and followed her passion for Birdwatching to many remote locations tallying her bird count to 729.

She was an active member in the Filipino American (Fil-Am) community, choir member at St. Anthony’s Church, and even dabbled in community theater for fun.

At the departed’s request, there will not be a funeral. A quaint memorial will be planned for a later date and her remains will be reunited with her husband’s at Fort Sam Houston in San Antonio, Texas.

MARQUETTE — There’s never a bad time to think about your mental health: Where it stands, how you can improve it, and where to go for help if you need … END_OF_DOCUMENT_TOKEN_TO_BE_REPLACED