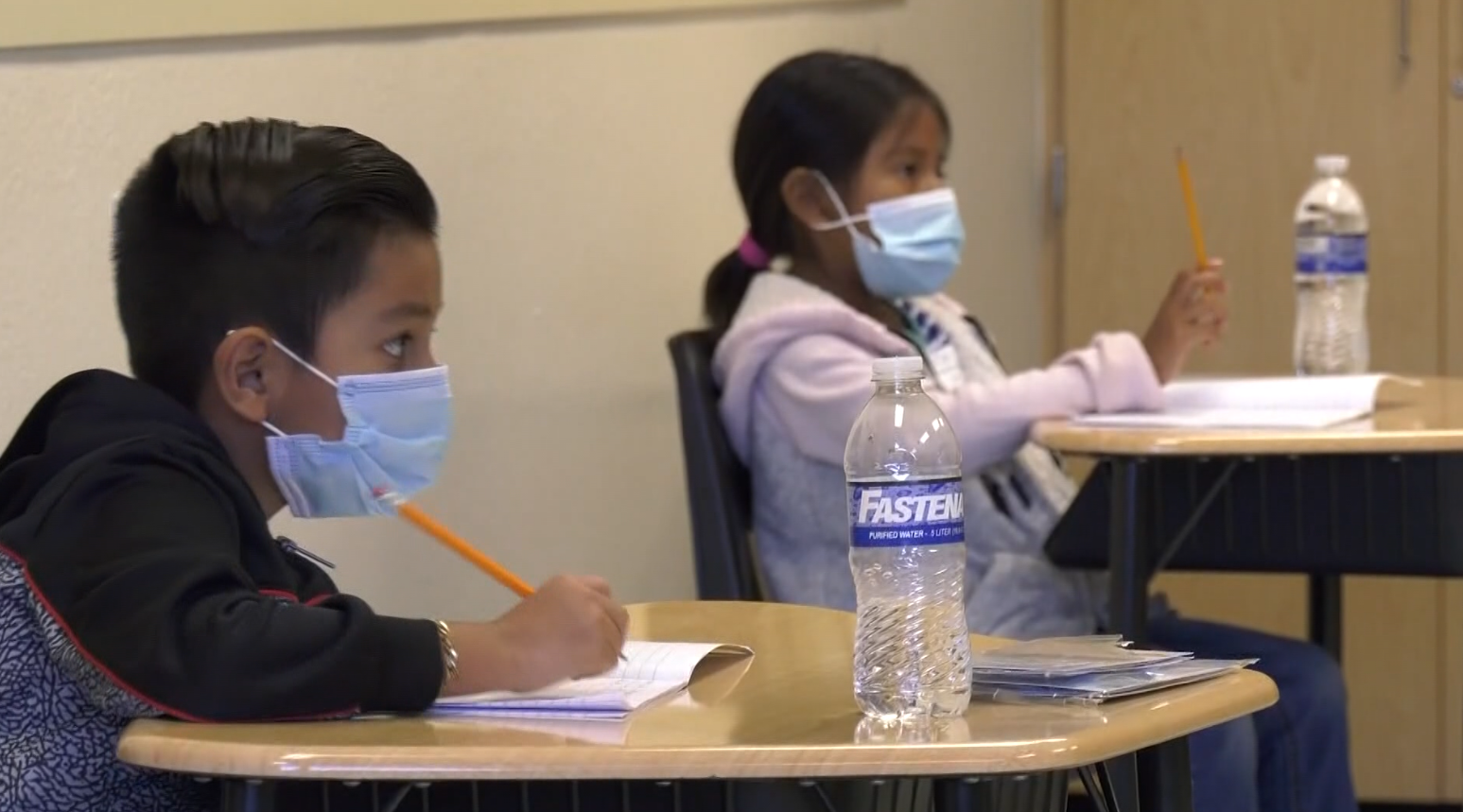 With the first day of school arriving in just days, students will be entering yet another school year during the pandemic. SWFL school districts are implementing COVID-19 safety protocols to make sure children stay safe this year.

But, parents are still concerned about the virus and the impact it could have on their children’s education.

The constant uncertainty was a challenge for many students last year. Parents are hoping history doesn’t repeat itself.

With each new school year comes excitement and a fresh start. But as COVID-19 cases continue to rise, some feel as if nothing has changed.

Olivia Angeles has two children. “It’s just as scary as it was last year,” Angeles said.

She is in the process of getting her 10-year-old son Liam and her 5-year-old daughter Sofia ready for their first day of school at Vineyards Elementary School in Naples.

This will be a chance for Liam to bounce back academically after the tough year he had last year. “I wasn’t up to date how his progress was progressing and it wasn’t until I received his end of the year report card that I said oh my goodness it was bad,” said Angeles.

She wanted more communication from her son’s teacher but she understood that everyone was going through a challenging time last year. Now that we’re entering another school year, a teacher says to expect some normalcy, especially for the students.

Alyssa Totez is a fifth-grade teacher at Osceola Elementary School. “We want kids to be in school so we can build that community here so they feel like they belong somewhere and again reinforce that social interaction. That’s so important for kids,” said Totez.

Angeles says her kids will begin the year without masks. But, she says, that was an especially tough decision after she was in the hospital with COVID-19  in July of 2020.

“I am scared but at the end of the day you know I do want them to be as normal as they can be and I try not to be afraid for them,” she said.

Angeles says she’ll try out her kids not wearing masks at least for the firsts semester and see how it goes. But, she wants them to be honest with her if they’re not feeling well so it can be addressed immediately.

MARQUETTE — There’s never a bad time to think about your mental health: Where it stands, how you can improve it, and where to go for help if you need … END_OF_DOCUMENT_TOKEN_TO_BE_REPLACED